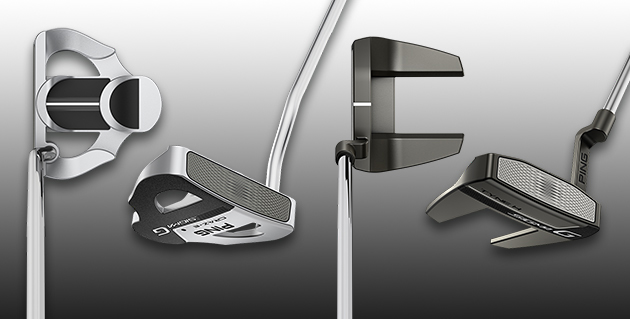 The Craz-E and Tyne H Sigma G putters are available at authorized PING golf shops around the world. The Craz-E design has been a favorite of tour pros for several years with more than 70 winning versions showcased in the PING Gold Putter Vault, including three major titles. Its proven performance relies on a ball-width center sight line, and significant heel-toe and back weighting to achieve a high MOI for maximizing stability and balance. The Tyne H is distinguished from the original Tyne by an Anser-style hosel to fit a slight-arc stroke and create offset, plus a top-rail sight line that is white on a Black Nickel finish for contrast and easy alignment.

Sigma G face inserts are made of Pebax Elastomer, a lightweight, high-energy-return compound utilized in the soles of athletic shoes for its elasticity which provides the putters a uniquely soft yet responsive feel. PING’s True Roll Face Technology provides full-face forgiveness. Precision milled from 6061 aerospace-grade aluminum, the face pattern varies in depth and pitch to improve performance and touch on putts of every length.

Impact stability with Sigma G is increased as a result of the larger face-insert cavities that allow weight savings to be re-distributed farther toward the perimeter to increase the MOI. Optimal CG positions help reduce skid and initiate forward roll. The Craz-E and Tyne H join 16 previously released blades, mid-mallets and mallets available to fit any stroke type, preferred look, and alignment style. All are finished in Platinum or Black Nickel and feature a contrasting face tone to assist in setup and alignment consistency. 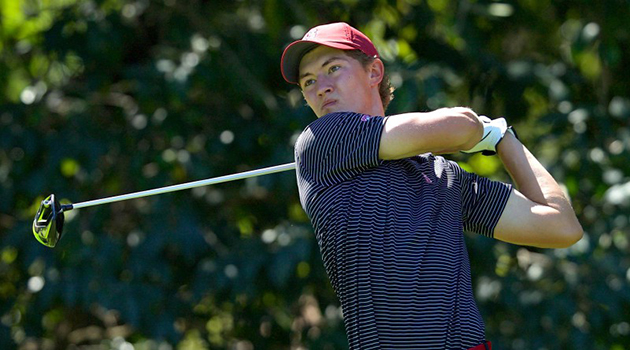 CARLSBAD, CA – Callaway Golf Company today announced that it has signed Maverick McNealy, who turns professional this week after playing on the victorious U.S. Walker Cup team. The 21-year-old Stanford alum rose to No. 1 in the world amateur rankings in 2015, a position he also held during the 2016 and 2017 seasons.

McNealy won 11 times during his dominant college career, including the 2015 Pac-12 Championship, 2015 U.S. Collegiate Championship, and the 2016 Western Intercollegiate. While at Stanford, he won the 2017 Ben Hogan award, given annually to the nation’s top college golfer, as well as the Byron Nelson Award, and the Mark McCormack Medal.

He represented the U.S. at the 2015 and 2017 Arnold Palmer Cup, and the 2016 Eisenhower Trophy. McNealy also played on his second U.S. Walker Cup team last month, posting a perfect 4-0 record. 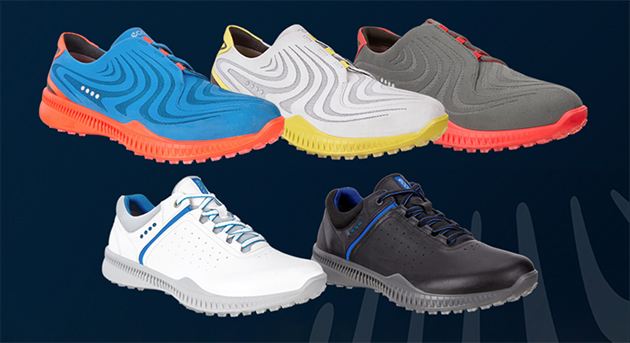 LONDONDERRY, NH – ECCO – a leading manufacturer of innovative footwear – announces the launch of ECCO S-DRIVE, a hybrid shoe inspired by the running market featuring a lightweight, technical construction for a combination of flexibility and stability.

Boasting an asymmetrical closure, ECCO S-DRIVE naturally cradles the foot for maximum comfort. The dual-material upper is crafted from a soft, breathable mesh bonded with microfiber to move freely with the foot and enhance fit, feel and durability.

Available in bold color combinations and athletic styling, the ECCO S-DRIVE upper sits atop a performance-inspired last and midsole enforced with a stability wing to prevent the foot from rolling during the swing.

Additional features of ECCO S-DRIVE include:

Like all ECCO golf shoes, ECCO S-DRIVE is crafted at company-owned factories that utilize the DIP to bond the upper and outsole unit, creating a one-piece shoe without the use of glue or stitching. Benefits include flexibility, durability and a lightweight construction.