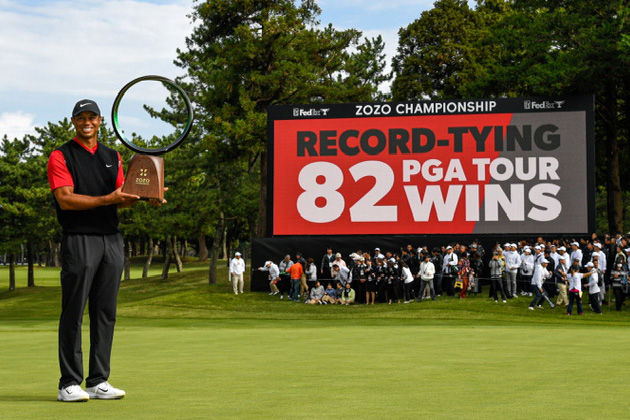 COVINGTON, GA – Tiger Woods authored another page in the annals of golf history this weekend, as he used his Bridgestone TOUR B XS ball to earn his 82nd PGA TOUR victory, tying him with Sam Snead for the most all-time, at the TOUR’s first ever official event to be contested in Japan.  Remarkably, Woods’ win at the ZOZO CHAMPIONSHIP means he’s achieved his 82 wins in 66 fewer starts than it took Snead.  Woods’ first win of the new season also gives Bridgestone its first of the 2019-20 wraparound schedule – as the most efficient TOUR Team in golf looks to continue the momentum that it achieved last season.

Woods overcame a bogey-bogey-bogey start to open the tournament, recording an astonishing 19-under par final score, winning by three shots with the Bridgestone TOUR B XS.  Woods made 27 birdies for the week to propel him to his 8th ever season-opening victory and his first title ever in Japan – marking the 7th different country in which he’s won. The win also marks the 19th season in Woods’ illustrious career in which he has won at least one official PGA TOUR event.

The Bridgestone TOUR B XS has been a constant in Tiger’s bag since he first put the ball in play in 2018, though Tiger has continued to tweak his club selection during that time.   The TOUR B XS fits Tiger’s game perfectly as it offers the ideal combination of power, spin and control he demands. The TOUR B golf ball series is a result of Bridgestone’s continued commitment to providing premium tee-to-green performance to players of varying swing types. Bridgestone owns over 800 golf ball patents and fully leverages the company’s heritage of excellence in polymer science worldwide to design the industry’s most cutting-edge golf balls. 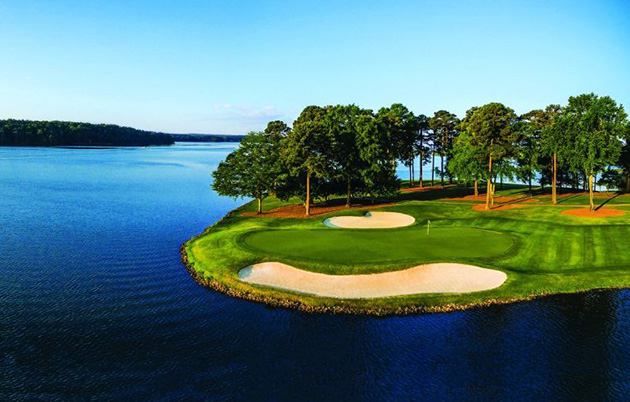 Working within the guidelines of the original routing and strategy, the Nicklaus Design team rebuilt Great Waters from beneath the ground up, including new drainage and irrigation systems, as well as updated bunker designs that are a major part of the modern infrastructure.

Extensive tree clearing took place to reduce shade and improve overall turf quality. This also allowed for wider fairways (Zeon zoysia) and rough (TifTuf Bermuda). Greens complexes are all new and have been converted to TifEagle Bermuda, a grass that should perform better in the shade and hold color in the fall. The grasses were selected for their ability to remain in top condition year-round.

The “wow factor” is stronger than ever with the opening of lake views on the 9th, 11th, and 13th holes. For all that, the par-3 8th is the only completely remodeled hole: It now plays over or along bunkers to a more receptive green.

New back tees were added to modernize the course without moving many fairway bunkers: As a result, Great Waters now plays to 7,400 yards, which should challenge the top college players in the annual Linger Longer Invitational. A new set of forward tees—at about 4,500 yards—will increase playability, improve pace of play, and encourage all players to move forward.

Great Waters has been a favorite course of both members and visitors to Reynolds Lake Oconee since it opened in 1992. The course has been highly praised and is regularly rated as the #2 course in Georgia—second only to famed Augusta National.

Located between Atlanta and Augusta, Reynolds Lake Oconee is considered one of the country’s most diverse golf experiences, with courses designed by legendary architects: the aforementioned Great Waters by Nicklaus, The National by Tom Fazio, The Oconee by Rees Jones, The Landing, and The Preserve by Bob Cupp, as well as the Members-only Creek Club by Jim Engh.

Along with its highly-regarded golf courses, Reynolds Lake Oconee features a full range of sporting activities, with access to more than 350 miles of Lake Oconee shoreline and four marinas; shooting sports at the Sandy Creek Sporting Grounds; hiking trails; and an award-winning tennis center, together making it one of the most impressive community and golf destinations in the world.