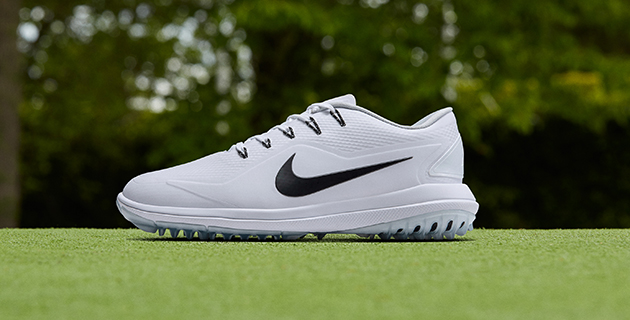 Nike Continues to Redefine Traction and Comfort in a Golf Shoe

BEAVERTON, OR – When introduced in 2016, first on the Nike Flyknit Elite and then again on the Nike Lunar Control Vapor, Articulated Integrated Traction (AIT) was revolutionary as spikeless footwear that performed at the highest level. Since then it has proven itself on the biggest stages of the game by some of the best athletes in the world. Now, the Nike footwear team uses this unique traction and combines it with even more cushion and support to create the Nike Lunar Control Vapor 2.

“I spend an enormous amount of time on my feet day-in and day-out while on the golf course. The Lunar Control Vapor exceeded all of my expectations in terms of comfort and I’m really looking forward to playing in the new Lunar Control Vapor 2,” said Rory McIlroy.

Per McIlroy’s statement, the Nike footwear team looked for ways to make the Lunar Control Vapor an even more comfortable shoe. Not only has the full-length Lunarlon foam been enhanced but the team included a new conforming sockliner for immediate cushioning directly under the foot.

The Nike Lunar Control Vapor 2 is first available October 28 in the colorway worn by Nike athletes at the TOUR Championship at nike.com in limited quantities. Additional colorways, including three for men (wolf grey/blue fury, white/black and black/white) and three for women (white/black, black/metallic silver and white/blue fury), will be available starting November 4 at nike.com and select retailers. 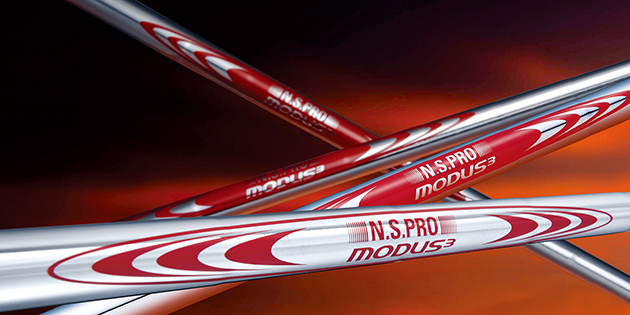 CARLSBAD, CA – Nippon Shaft was a winner on the European Tour and a runner up on the PGA Tour over the weekend.

Spain’s 37-year-old reigning Masters champion used the Nippon Shaft N.S. PRO MODUS³ Tour 130 X-flex steel shafts in his irons and wedges to win the Andalucia Valderrama Masters in Sotogrande, Spain.  He shot a 12-under par total of 272 with rounds of 66-71-68-67 at Real Club Valderrama.

TINLEY PARK, IL – We are proud to introduce the Antidote putters which includes 3 new and distinctive head shapes to the Bettinardi lineup are on sale only at Bettinardi.com. Robert Bettinardi holds steadfast to the idea that the most important aspect of lower Putts Per Round (PPR) is getting the ball rolling on the putting surface end over end as quickly as possible. The Antidote putters are specifically designed to do just that and for those golfers who struggle with that pure roll, this is your remedy.

By using a Variable Weight System (VWS) Technology on the top half of the putter, Bettinardi have raised the center of gravity which increases the consistency of this flush “end over end” rotation of the ball, and solid feeling at impact with our soft carbon steel putter material.

Each Antidote model is finished in a carbon matte black finish to provide that classic look and durability you would come to expect from a Bettinardi putter.

The interchangeable weights are made of aluminum (5g), stainless steel (10g), and copper (15g), which allows for the putters weight to be adjusted to 340, 350, and 360 grams. The putters were originally made as tour prototypes, but are now available to the public in limited quantities for the fall golf season.

HILTON HEAD, S.C. – Hilton Head Golf Island (HHGI) – an ideal respite from the cold. Offering unbeatable value, courses for players of all abilities and pleasant year-round weather, Hilton Head Island is one of the world’s premier golf destinations. In addition to being named the “No. 1 Island in the Continental U.S.” by Travel + Leisure magazine readers and by Condé Nast Traveler, Hilton Head has also received accolades from Golfweek, Golf Channel’s Golf Advisor and the South Carolina Golf Course Rating Panel. A variety of winter stay-and-play packages further entice golf enthusiasts to visit as the temperature plummets up north.

The Sea Pines Resort’s “Villa Golf Package” features a round on each of the property’s three championship courses plus accommodations in a private, fully-equipped villa. Starting at $218 (based on quadruple occupancy), it is an ideal way to experience Harbour Town Golf Links, Heron Point by Pete Dye and Atlantic Dunes by Davis Love III. Available through February, this four-day, three-night getaway also includes complimentary replays on Heron Point and Atlantic Dunes.

Available through March, The Heritage Golf Collection’s “Golfer’s Dream Package” is perfect for those who want a variety of courses from which to choose. The deal combines three nights’ accommodations in a spectacular villa with three rounds on any of The Heritage Golf Collection’s five Hilton Head layouts. Starting at $105 (based on quadruple occupancy), additional perks include complimentary range balls prior to rounds, a 20% discount on pro shop merchandise and 10% dining discount at local restaurants.

Palmetto Dunes Oceanfront Resort’s “Birdies and Beer Package” offers three nights’ accommodations in a two-bedroom resort-view villa, three rounds of golf on your choice of a trio of championship courses with cart, complimentary range balls plus breakfast and beers. Two hours of court time per day at the Palmetto Dunes Tennis Center, pro shop and dining discounts and priority access to all resort activities and amenities are also included. Rates start at $160 (based on four-person occupancy) through February.