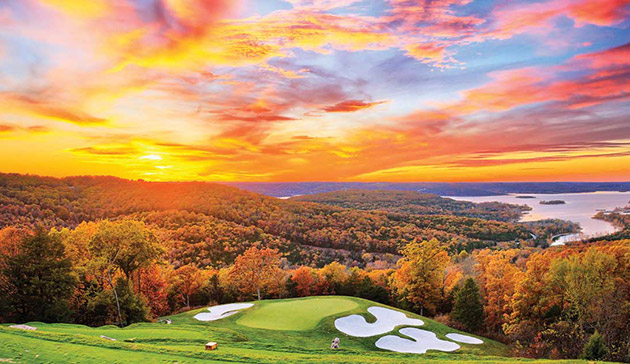 BRANSON, MO – The Ozarks offer some of America’s most beautiful scenery, particularly when foliage is at its peak. Maple, oak, ash and hickory – not the wooden clubs, rather, the spectacular trees – display their peak colors this time of year, complementing the vibrant Branson golf courses that have begun unveiling special seasonal rates.

If you want to tee it up today with the lower fall playing rates, consider The Pointe. The 18-hole course reduced its greens fees significantly beginning today and running through Nov. 30. Golf for $45 before 10 am, $55 after 10 am, a savings of $30 and $10 per round, respectively. Further savings kick in on December 1, when the all-day rate for 18 holes is $49.

The cost to play LedgeStone Country Club – the No. 6 ranked public courses in Missouri by Golfweek – decreases more than 35% from peak-season weekend morning rates starting November 1. Players can tee it up on the beautiful Tom Clark designed layout – which features a diverse collection of superb golf holes – for $59 Sun-Thurs with cart through February, $69 Fri-Sat before 12 pm ($59 after noon). The course also conducts promotional food or toy drive events in November and December with reduced participation rates for participants who contribute those items. Follow LedgeStone on Social Media (Instagram) to learn when these events will be held.

Green fees drop to $79 on Nov. 1 at Branson Hills Golf Club – the No. 2-rated course in Missouri – and remain there through February. That’s a savings of nearly 40% off the peak season weekend morning all-day-play rate ($130).

The four Big Cedar Lodge courses reduce their rates twice – on Nov. 1, then again on Dec. 1. You can play the brand-new, Bill Coore and Ben Crenshaw designed Ozarks National for $150 beginning in November, then $125 starting in December. Buffalo Ridge Springs (Tom Fazio) – rated the top course in the state by Golfweek – reduces rates to $115, then to $80. Those same rate adjustments are identical for Top of the Rock, the Jack Nicklaus authored par-3 short course, Last but not least, Mountain Top can be played for $50 and $45, during November and December. The Gary Player walking-only courses has 13 ingenious holes.

For those seeking more affordable playing options, Thousand Hills Golf Resort beckons. Lodging guests can play the prized Bob Cupp-designed 18-hole championship course for $39. Not staying at Thousand Hills? No problem. Groups of 12 or more can book tee times only for $49 per person. Both are exceptional values considering the normal playing rate is $69, ($59 if booked online). 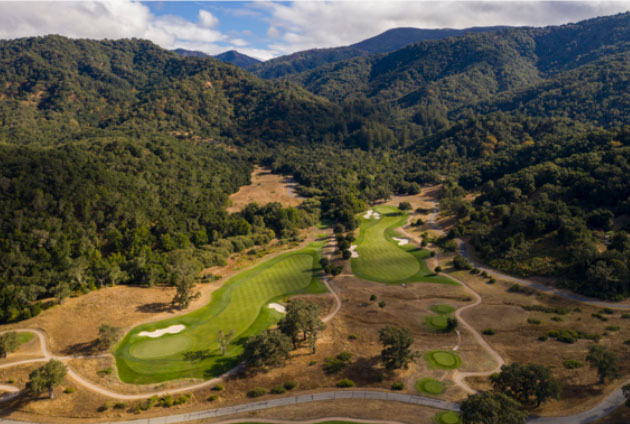 CARMEL, CA – Conditions are prime and so is the field of competitors, as The Preserve Golf Club readies for the 28th Annual Stocker Cup, October 24-26.

The 54-hole individual competition features a simultaneous best-ball event, similar to the AT&T Pebble Beach Pro-Am. Invited Mid-Amateur players are either paired with a single digit amateur or can propose their own partner to be introduced and invited by the Committee. The 2019 field is comprised of 25% Californians and 75% from the rest of the United States.

The Stocker Cup was founded in 1991 to honor the memory of Peter Stocker, a real estate developer who is recognized as the man behind the creation of Santa Lucia Preserve and considered “the quintessential amateur golfer.”

The highly regarded Tom Fazio Design is rated among America’s 100 Greatest Golf Courses by Golf Digest. The Preserve’s fairways are Santa Ana Hybrid Bermudagrass, which produce firm and fast playing conditions throughout the year.  The course’s strategically placed bunkers, which were renovated in 2016, and quick A4 bentgrass greens, contribute to challenging approach shots.  For the Stocker Cup, the course will be set up to approximately 7100 yards.

The 2019 Stocker Cup will feature “at the turn” scoring powered by Golf Genius, AmateurGolf.com, and the NCGA. For the final round, the leading groups will be scored electronically through all 18 holes, providing an enhanced tournament experience for players and friends at the course or anywhere in the world. Those results can be streamed at www.stockercup.com starting Thursday, October 24. 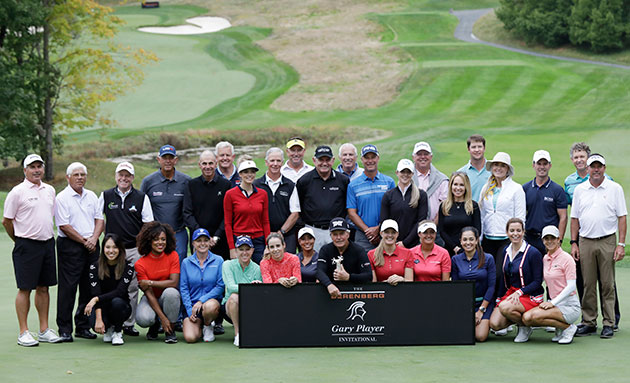 A total field of 72 professional golfers and business leaders took on the picturesque and challenging Gary Player-designed GlenArbor Golf Club in Bedford to compete for the prestigious Baobab Tree Trophy. Among the all-star field were 14 Major Champions, 6 Ryder Cup stars and a total of 32 stars from the Champions, PGA, LPGA and LPGA European tours.  The team led by tournament host Gary Player and LPGA European Tour star Azahara Muñoz emerged victorious in a sudden death playoff to take home the iconic trophy.

The Player Foundation marched closer towards its fundraising goal for underserved youth and communities in need worldwide, a mission that has been aided greatly through the generous support of corporate partners Rolex, SAP and the event’s title sponsor, Berenberg, the world’s second oldest bank.

Tournament host and golfing legend, Gary Player, is renowned for his commitment to philanthropy, especially as it relates to future generations. The next stage of the global series is the Gary Player Invitational at Lost City Course in Sun City, South Africa on November 22-24.