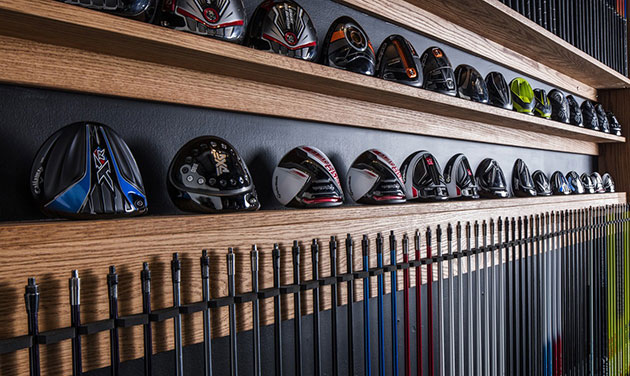 The new studios feature two indoor hitting bays with TrackMan launch monitors for analyzing performance, a SAM PuttLab system to find the perfect putter, and a build shop for repairing and assembling golf clubs by hand. The roughly 3,000 square foot spaces also include a demo matrix to display the head and shaft options that make up their 35,000 hittable combinations.

Ranked by Golf Digest as one of the 100 Best Club Fitters ten years running, Club Champion hires experienced fitters who then receive an additional 150+ hours of training, which is unmatched in the golf industry. The company has a unique coupling system used to combine any head and shaft together, so golfers hit the precise combination to be custom built for them. They are the only fitter in the country to offer 35,000 interchangeable head and shaft combinations on-site, at all locations.

Club Champion ambassador and world-renowned golf instructor David Leadbetter says, “It never ceases to amaze me that golfers buy clubs off the shelf and assume they’re right for them. Whether you’re a great golfer or a casual one, getting a custom club fitting is one of the quickest ways to improve your game.”

For a limited time, the new stores will celebrate their grand openings by offering 50% off full bag fittings, and 33% off driver, fairway wood, long game, hybrid, wedge and putter fittings. 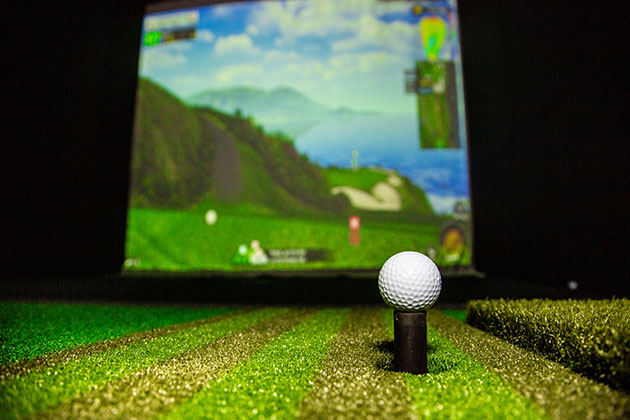 STAMFORD, CT – GOLFZON – the world leader in the golf simulator marketplace – will celebrate the grand opening of its first North American location on Nov. 1 at Chelsea Piers Connecticut under the umbrella of its new brand, ZSTRICT.

Founded in 2000 in South Korea, GOLFZON has been named “Best Simulator” by Golf Digest’s Editors’ Choice Awards from 2017 – 2019. More than 57 million rounds are played on GOLFZON simulators in 46 countries annually. Having earned the largest industry market share, ZSTRICT’s first U.S. venue will serve as a shining model for future growth across North America.

The grand opening will provide community leaders, media and industry friends full access to the state-of-the-art technology, sensational dining and lounge area and meet with GOLFZON AMERICA representatives. The event will run from 7 p.m. – 11 p.m. and feature a welcome toast from GOLFZON AMERICA CEO Tommy Lim at 8:30 p.m. Tommy will be available to answer any questions about the company’s arrival to the Northeast and what the future might hold.

The ZSTRICT app is available on the App Store and Google Play. Players can see their scorecards, personal shot data, stats, league information and swing video in the app.

Like outdoor facilities, ZSTRICT proudly employs PGA Professionals to help guests with swing lessons, club fittings and other elements of the game. With no membership required, the Chelsea Piers Connecticut venue is a year-round golf destination for improvement, competition, socializing and enjoyment. Experience the very best of indoor golf at ZSTRICT, where there will always be time to play.

World Handicap System To Roll Out In 2020

LIBERTY CORNER, N.J., and ST. ANDREWS, SCOTLAND – The World Handicap System (WHS) is ready to be launched in January 2020 and will provide golfers with a unified and more inclusive handicapping system for the first time.

Though many countries are planning to adopt the new system in January, the system will go live in other parts of the world throughout the year to accommodate different implementation plans and variations in the golf calendar.

Developed by the USGA and The R&A in close coordination with existing handicapping authorities, the WHS will provide all golfers with a consistent measure of playing ability, with handicaps calculated in the same way wherever they are in the world.

A key objective of the initiative was to develop a modern system, enabling as many golfers as possible to obtain and maintain a Handicap Index. Golfers will be able to transport their Handicap Index globally and compete or play a casual round with players from other regions on a fair basis. It will also indicate the score a golfer is reasonably capable of achieving the next time they go out to play.

The WHS has two main components – the Rules of Handicapping and the Course Rating System. The Rules of Handicapping are encompassed within seven Rules to inform administrators and golfers on how an official Handicap Index is calculated and administered, with some flexibility given to national associations based on how the sport is played and enjoyed in their region. The Course Rating System, based on the USGA Course Rating System first adopted nearly 50 years ago and already adopted on nearly every continent, sets out a consistent method of determining a course’s difficulty. Together, these components become the foundational elements in determining a golfer’s Handicap Index.

In preparation for the launch of the WHS, more than 3,000 golf courses have been rated for the first time and an extensive education program has been delivered. By the end of 2019, more than 90 National Associations will have attended an educational seminar and a robust library of resources is hosted on WHS.com to support regional education.

The formation of a World Handicap System was first conceived in 2011 between the USGA and The R&A in an effort to engage more golfers in the game and promote equity, no matter where golf is played. The effort unites six existing handicapping systems into one, while embracing the many ways the game is played across cultures.

Beginning in 2020, the new WHS will be governed by the USGA and The R&A and administered by national and regional golf associations around the world.

As an extension of their support of the Rules of Golf worldwide, Rolex has made a commitment to support the USGA’s and The R&A’s efforts to implement the World Handicap System.