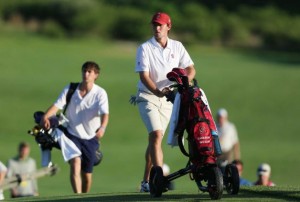 Clicgear USA, the exclusive U.S. distributor of the Clicgear push cart would like to extend our congratulations to the men’s and women’s NCAA Division 1 individual golf champions. Cameron Wilson of Stanford University and Doris Chen of The University of Southern California won the individual championship both using Clicgear carts. Clicgear is proud to support these great universities.

The ruling by the NCAA to allow men to use push carts in competition is new for 2014, and the decision has generated lots of interest. We think Dr. Neil Wolkodoff, medical director of the Colorado Center for Health and Sports Science says it best; “I would just tell you this from my observations of golfers I work with,” Wolkodoff said on Tuesday. “People who push a cart have a lot fewer [health] issues, and a lot less potential for issues. The golf swing is tough on the back no matter how you look at it. If you can use a push cart and keep one more stress away from the back that’s a great thing.” Wolkodoff continues, “No matter how good your carrying system you still have to use core muscles to hold the bag,” he said. “When you’re pushing a cart you don’t have the stress on your core musculature and shoulders. You’re able to go up a hill and those muscles were not pre-fatigued.”

Clicgear USA is happy to report that over 100 women’s golf programs are using Clicgear in competition. Indications are that more men’s programs will follow in 2015. 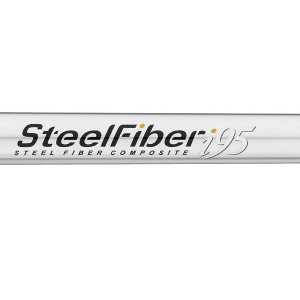 Playing SteelFiber graphite shafts in her irons, the first-time Symetra Tour champion won with a two-stroke victory at the Symetra Classic. Meanwhile on the LPGA Tour, two SteelFiber players took second- and sixth-place at the Airbus LPGA Class. Plus, the runner-up at the 75th Senior PGA Championship relied on SteelFiber for his wedge play.

One of the most interesting SteelFiber successes this weekend was by Australian pro Brad Kennedy on the Japan Golf Tour. Last week, Kennedy switched to SteelFiber shafts in his irons and wrote an email to Aerotech Golf President Chris Hilleary, saying he was “looking forward to finding out how good the Steelfiber i95 shaft performs under pressure.” Kennedy found out quickly with a share of third-place at the Kansai Open.

“We’re very excited with SteelFiber’s growing success on pro tours around the world,” says Chris Hilleary, president of Aerotech Golf. “SteelFiber shafts offer game changing innovation, and more and more professional and amateur golfers alike are discovering the performance benefits of these unique graphite iron shafts. For senior players as well as both men and women players, the SteelFiber graphite iron shafts reduce player fatigue, increase clubhead speed and provide greater vibration dampening compared to standard steel shafts, plus they simultaneously give the stability and shot consistency that many players get in steel shafts. It’s really the best of both worlds.” 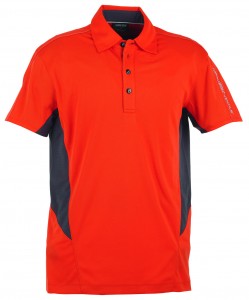 VÄxjö, Sweden – Galvin Green – the world’s leading maker of functional golf clothing for serious players and the No. 1 global golf partner of GORE-TEX – announces the introduction of the Millard Polo with body-mapping technology that increases ventilation in key areas to ensure players remain dry, cool and comfortable even in excessive heat.

Part of the brand’s Ventil8 series, the Millard is constructed from fibers engineered with unique performance properties that will never wash- or wear-out. These draw moisture away from the body and disperse it over a large area to promote rapid evaporation. Additional characteristics include a UV protection rating of 20+ and permanent antibacterial features for exceptional odor control.

“There’s absolutely no comparison between the experience of playing in Millard versus wearing a conventional polyester golf shirt,” says Martin Nilsson, President of Galvin Green USA. “In the hottest conditions, the airflow is fantastic and the soft, ultralight fabric moves in unison with the body during each swing.”

Developed specifically for the demands of the game, Millard is easily cared for by regular machine washing. It is offered in four colors, sizes S-XXL.

Millard serves as the Cool Layer in the heralded Multi-Layer Concept Galvin Green pioneered more than a decade ago. This system uses leading-edge fabric technologies to ensure the dry comfort, thermal regulation and outer protection that help players optimize results.

Details on the company’s “We Never Compromise” approach can be found at the new GalvinGreen.com and experienced through the free Gear Up app.