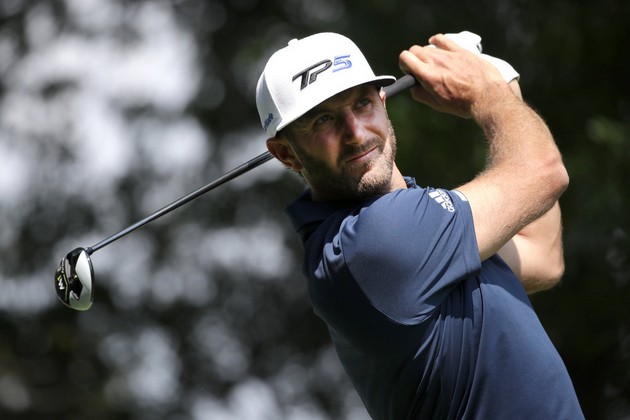 After recently adding the ’17 M1 driver and TP5x golf ball to his bag, it was DJ’s ’17 M1 3HL fairway that he first put in the bag at Riviera that was key for him at Club de Golf Chapultepec’s high altitude. Dissimilar to a standard length, DJ’s fairway is cut to a 5 wood length (1″ shorter than standard) and set to 16* of loft. Dustin carries it 280 yards, which is the exact number he’s looking for in his 3 fairway. He has it equipped with a Project X HZRDUS T1100 shaft in it, which he first put into play at the Farmers Insurance Open.

DJ’s wedge setup often changes week to week depending on the conditions and shots he’ll be faced with on the course. So far this year, he’s gotten comfortable with a PW, 52* & 60* combination in the Milled Grind wedges, which he added to the bag as soon as the Tour truck had them available.

Similar to World #2 Jason Day, Dustin Johnson plays the Spider Tour Black putter, which he first put into his bag at last year’s BMW Championship (he won). DJ prefers its firmer insert to Jason’s Spider Tour red model. Also notable with the win, Spider becomes the most winning putter model on tour in the last 9 months, starting with Day’s win at THE PLAYERS last year; a truly remarkable feat for the category.

– In winning the WGC-Mexico Championship, Johnson became the fifth player to win his first PGA TOUR start as world No. 1.

– Dustin plays the all-new M1 460 2017 driver, which he first put into play at the Genesis Open at Riviera en route to victory. His shaft setup has remained consistent – he uses a Fujikura Speeder Evolution 661 X Tour Spec 2.0, the same he used last year.

– Johnson plays the Spider Tour black putter, which hit stores last Friday. This was the fourth consecutive week that Spider was the #1 putter model on PGA TOUR.

– TaylorMade once again won the driver count at the WGC-Mexico Championship with 30 drivers in play – a dozen more than the nearest competitor.

– This was the fourth win this season for the new TP5/TP5X ball, with Johnson having joined Jason Day, Sergio Garcia, Justin Rose and Jon Rahm in making the quick switch into the new golf ball. 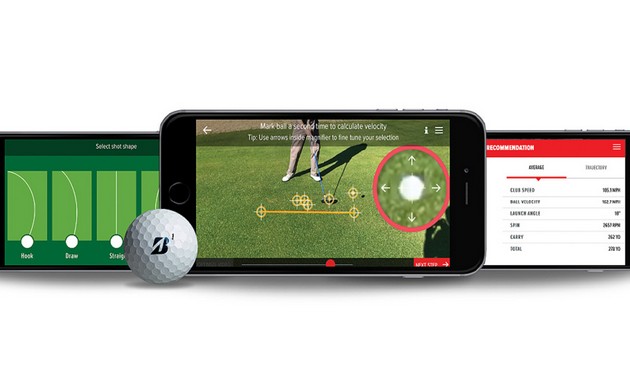 First and only app designed to help players, teachers quickly and easily identify proper ball for golfers of all skill levels

BFIT is now available for iOS devices through the App Store and will be coming to Android in the very near future. In development for more than five years, the technology in modern smartphones has finally reached a point where it can deliver against the original concept. The app records video of the user’s swing and analyzes it to provide swing speed, ball speed, launch angle, carry distance and total distance. Using this information BFIT will recommend the perfect golf ball for the user’s game.

The app was beta tested by attendees of the 2017 CES Show and was overwhelmingly praised. Video of Bryson DeChambeau showing it off in Las Vegas is available here.

“For the past decade we have separated ourselves from all other manufacturers by truly mastering the art of golf ball fitting, as it is an absolutely crucial aspect of optimizing performance,” says Adam Rehberg, Bridgestone Golf Ball Fitting. “With the BFIT app we’re removing any barriers to ball fitting, as players will no longer need to come to special events or spend money on fancy launch monitors, we’re giving everyone all the necessary tools for free.”

The app can be used virtually anywhere, including a driving range or on the course. All that is needed is a partner to record the user’s swing and follow the simple on-screen steps to retrieve launch conditions. Once completed, the app will recommend a specific model of golf ball and players can share their data and findings through social media channels.

“With my technology and physics background, the BFIT app is perfect for me,” says DeChambeau. “The success of Bridgestone’s ball fitting program has benefited many over the past decade, but the masses deserve to experience how valuable this process is and the app allows maximum inclusion for golfers of all skill levels.”

Along 62 miles of scenic Magnolia State coastline, locals and visitors play all day — and all night!

Mississippi Gulf Coast (March 2017) – A golf trip to Mississippi is the real deal. High-quality courses and attractions sprinkle the entire Magnolia State. Yet nowhere is there a concentration comparable to that on the Gulf Coast — 62 miles of scenic coastline tucked between New Orleans, Louisiana and Mobile, Alabama.

Mississippi’s Golf Coast earns its moniker honestly, with courses offering plenty of challenge for all skill levels, green fees surprisingly lower than those of comparable golf resort areas and a temperate “short-sleeved shirt” climate that is conducive for year-round golf.  With several courses recently refurbished and new courses either under construction or in the planning stages, the “Golf Coast” is a choice destination for golfers looking for a unique and memorable golf vacation experience.

Learn more about the golf offerings and spring packages at www.GolfCoast.com.