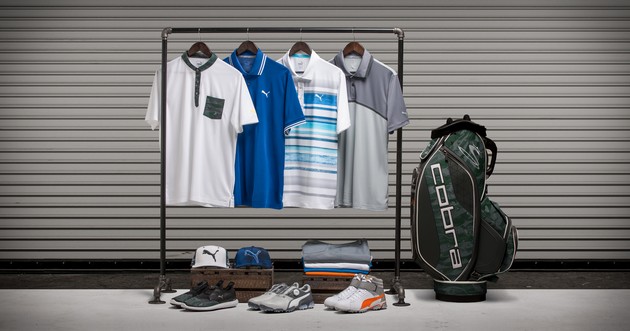 CARLSBAD, Calif. (March 27, 2017) – When it comes to the first major of the year, Rickie Fowler will be dressed to the nines each day in apparel from PUMA Golf’s Spring Summer ’17 Collection.

On Thursday, Rickie will be outfitted from head to toe in a custom Flagstick Camo Collection that will be sure to help him stand out from the competition. PUMA’s apparel and footwear teams designed The Flagstick Camo Collection in celebration of the first major of the year, with each piece featuring a one-of-a-kind camo pattern inspired by the shapes and sizes of the iconic golf course greens.

The Limited Edition Flagstick Camo Collection will include:

Rickie will wear pieces from this collection on Thursday as he tees off for round 1 at The Masters. The collection will be available for purchase here: Flagstick Camo 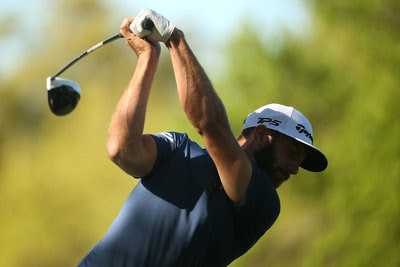 Using his prodigious power off the tee with his ’17 M1 driver and brilliant putting with his Spider Tour putter, Johnson becomes first player to win each of the four WGC events.

Coming into the week with wins in consecutive starts, world #1 Dustin Johnson showed no signs of letting up, completing his week with a perfect 7-0 record and capturing the WGC-Dell Match Play Championship for his 5th career WGC title. Fellow TaylorMade stablemate Jon Rahm, who also finished 2nd to Johnson at the WGC-Mexico Championship, once again finished runner-up, continuing his rapid ascent up the Official World Golf Rankings.

– Dustin plays the all-new M1 460 2017 driver, which he first put into play at the Genesis Open at Riviera en route to victory. His shaft setup has remained consistent – he uses a Fujikura Speeder Evolution 661 X Tour Spec 2.0, the same he used last year.

– Johnson plays the Spider Tour black putter, which he’s used to much success since late in the ’15-’16 season. This was the seventh consecutive week that Spider was the #1 putter model on PGA TOUR.

– TaylorMade once again won the driver count at the WGC-Dell Match Play Championship with 22 of 64 drivers in play.

– This was the fifth win this season for the new TP5/TP5X ball, with Johnson having 3 of them. Rahm and Garcia have also won this year with the new ball (Rahm: TP5x, Garcia TP5).

– Johnson’s win is the 11th win in 14 weeks for TaylorMade’s ’17 M drivers, more than any other manufacturer.

Players are required to walk the course (no carts), and a round should take less than two hours to complete. The course is touted as family friendly – Player made a point of that during a Media Day earlier this month – the layout lends itself to a variety of looks that can challenge golfers of all ability levels.

The Player course precedes an 18-hole championship course being built and designed by golf architect Bill Coore and his partner World Golf Hall of Fame member Ben Crenshaw. It may open in fall 2018 and is named “The Ozarks.”

A premier event at an exceptional resort played on acclaimed courses is hard to beat. Ticket prices start at $25 per day and weekly passes go for $100. For more information: bassprolegends.com