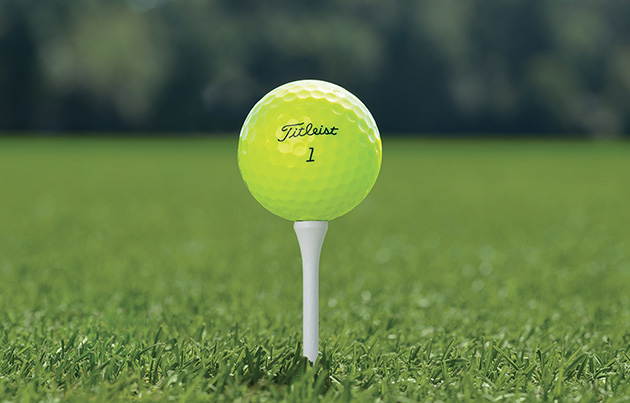 The introduction of a high-visibility yellow color option to the Pro V1 family – the most played golf balls at every level of competitive golf and the best-selling models in the game – answers the growing demand from members of Team Titleist and golfers around the world. 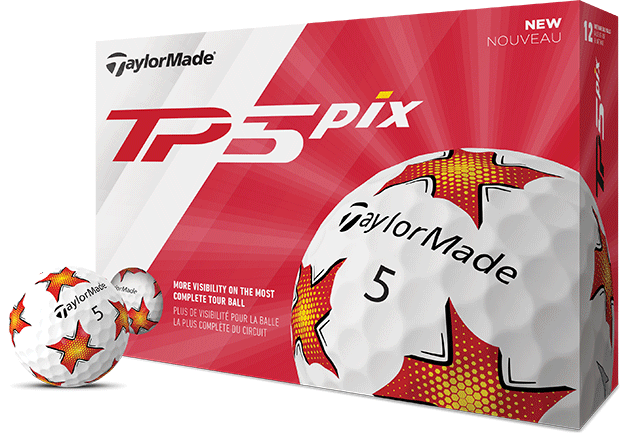 The fastest growing segment for TaylorMade in the golf ball category is non-white (traditional) product. Golfers’ growing trend toward playing a golf ball that allows for a different look has also opened the door to improving visual performance and visual technology through the use of machinery that has never before been used in the space.

Pix, derived from ‘pixelated’, was designed following extensive research with partners at Indiana University, the same team the company has used for a multitude of projects including TaylorMade’s most recent putter line, Spider X, which features the all-new True Path™ alignment system that was optically engineered to help golfers visualize the intended target line for improved putting accuracy.

First and foremost, Pix™ is easier to see than a normal white golf ball. The human eye processes lighter colors more efficiently when it’s darker and darker colors when it’s lighter. It’s this phenomenon that led designers to the two-color design of TP5 Pix. Whereas most competitive products have only one color within a single image or shape, TP5 Pix’s unique design features 2 colors within one shape, further enhancing visibility and delivering a product that’s easy to see, regardless of the time of play during the day. Producing this shape requires a unique, one-of-a-kind printing machine which has taken more than 18 months to design and develop.

In almost every sport utilizing a ball in play, the ball itself delivers immediate feedback – such as a baseball’s spin out of the pitcher’s hand. The larger contrast graphics of TP5 Pix allow golfers to see how much overall and side spin is generated around the green. Pix’s unique pattern with 12 evenly-spaced images allows the product to show spin when putting and chipping. The feedback the ball provides allows the golfer to immediately see the amount of spin being generated and the direction of that spin on shots on and around the green.

The Performance of TP5 Pix
Highlighted by its new High-Flex Material (HFM) and Speed-Layer System, TaylorMade has taken the ’19 TP5(x) line to a new level of performance – built on the same platform, TP5 Pix is no exception.

The new Speed-Layer System is comprised of four increasingly stiff layers, featuring a new material called HFM. HFM is the fastest material TaylorMade has ever used and is essentially a tightly wound spring and when compressed generates more rebound energy for more ball speed. The tightly wound spring characteristic of HFM also increases the force on the driver face, further increasing the speed of the golf ball when it leaves the driver face.

Tri-Fast Core
The Tri-Fast Core consists of an extra-large, low-compression inner core (16 compression in TP5 Pix, the exact same as TP5) and a progressively stiffer outer core and mantle. The combination of these three layers work in conjunction to create lower drag and increased carry—the primary reason TP5 and TP5x have become the hottest Tour balls in golf. The Tri-Fast Core delivers breakthrough iron performance by achieving maximum carry, giving golfers of nearly every swing speed (over 60 MPH) choosing less clubs into the green.