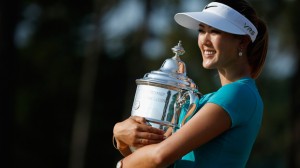 In her 11th appearance at the national championship and making her 38th start in a major, Michelle Wie etched her name in the history books at the esteemed Pinehurst No. 2. Growing up in the limelight of big stage golf, the 24-year old from Hawaii has played under lofty expectations her entire career and has now joined the elite company of those who can call themselves ‘major champions.’ With a final-round even-par 70, Wie finished the championship two shots ahead of runner-up and world No. 1 Stacy Lewis.

“I can’t even think straight,” as Wie opened up her press conference. “I’m so happy right now. I’m just unbelievably happy. I’m so honored to be part — to have my name on the trophy. Just so grateful for everything. I’m just really happy. I’m really thankful, just everything, feeling every single emotion I can right now. 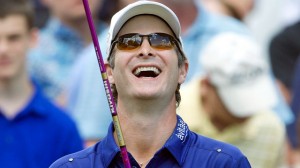 CROMWELL, Conn. (AP) — As much as Kevin Streelman enjoys the back nine at TPC River Highlands,, even he didn’t think he what he accomplished Sunday was possible.

Streelman birdied the last seven holes to win the Travelers Championship by a stroke, shooting his second straight 6-under 64 to finish at 15-under 265.

“It’s probably my favorite nine holes on the PGA Tour,” Streelman said. “But you can’t plan for something like that to happen. It just kind of falls into place.” 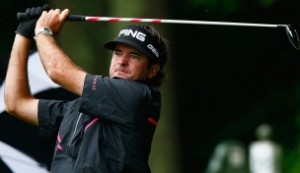 Each week on GolfChannel.com, we’ll take a detailed look at the players who pounded the farthest and fastest drives on the PGA Tour. Here are the five most important distance-related statistics from the Travelers Championship, won by Kevin Streelman:

To see the other long drives and statistics, click HERE.