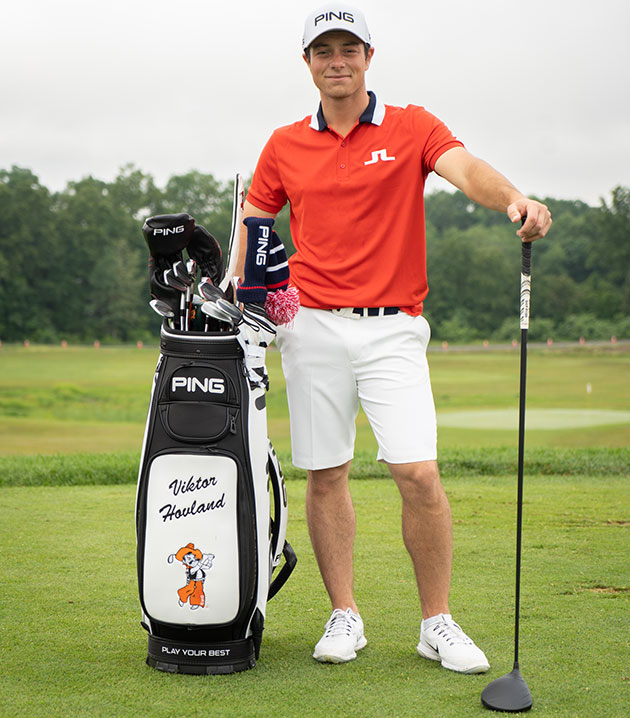 PHOENIX, AZ  – Viktor Hovland, the most recent world #1 amateur, has signed an equipment contract with PING, the company announced today. Hovland, who tied for 12th at last week’s U.S. Open in setting the record for the lowest 72-hole score (280) by an amateur in the event’s history, is making his debut as a PING staff pro at this week’s Travelers Championship.

While a decorated player for the Oklahoma State University Cowboys, where he was a three-time All-American, Hovland won the 2018 U.S. Amateur at Pebble Beach, earning him an invitation to this year’s Masters and U.S. Open. He took full advantage of his Masters appearance, winning low-amateur honors, after which he rose to world #1 amateur. By finishing low amateur at the U.S. Open, he became the first player in more than 20 years to hold the distinction of being low amateur in both events in the same year.

Hovland’s collegiate career culminated with the 2019 Ben Hogan Award, given annually to the top men’s college player while taking into account all amateur competition in the past 12 months. He won three collegiate events and finished with a 68.59 scoring average during his final year at Oklahoma State. He was a member of the school’s 2018 NCAA Championship winning team.

Hovland’s relationship with PING began three years ago at Karsten Creek Golf Club, Oklahoma State’s home course named in honor of Karsten Solheim, whose family was a major contributor to the development of the facility in 1994. Oklahoma State is part of PING’s College Golf Program, which has been supporting schools around the country since the mid-1970s.

At the U.S. Open, Hovland switched to PING’s new G410 LST driver and saw tremendous results – leading the field in Strokes Gained: Off the Tee by nearly two full shots.

As part of a multi-year agreement, Hovland will play a minimum of 11 PING clubs, including a driver and putter. His headwear will display PING and he’ll carry a PING Tour staff bag. 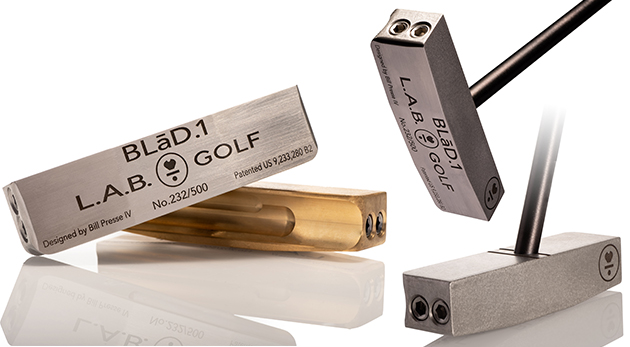 RENO, NV – Absolute tradition meets absolute technology with the launch of BLāD.1 from L.A.B. Golf, the first and only blade putter to feature the company’s revolutionary Lie Angle Balance technology. BLāD.1 was created in response to a small, but consistent percentage of golfers who reached out to L.A.B. Golf with the same question: “Can you bring Lie Angle Balance to a blade?”

“After many, many prototypes, we’re excited to launch a putter specifically for blade lovers,” said L.A.B. Golf CEO Sam Hahn. “BLāD.1 is a truly modern blade that doesn’t just look the part; it offers real technology that will change the way golfers think about putting.”

The design of BLāD.1 was inspired by one of golf’s most beloved putter designs, the bullseye-style putters that were first introduced more than 70 years ago. What makes BLāD.1 totally different is the addition of Lie Angle Balance (L.A.B.), the patented technology L.A.B. Golf developed to eliminate torque from the design of a putter.

“Bringing Lie Angle Balance to BLāD.1 wasn’t easy, but we were fully committed to making it happen,” said Bill Press, L.A.B. Golf’s Founder and SVP of R&D. “In every sense, this was a passion project for us. We asked ourselves, ‘Can we really offer the feel and simplicity of a bullseye and include all the benefits of Lie Angle Balance?’ We weren’t going to stop until we figured it out.”

BLāD.1 is available in both stainless steel and brass models. Each version of the putter is 100 percent CNC milled from a solid block of stainless steel or brass in the USA.