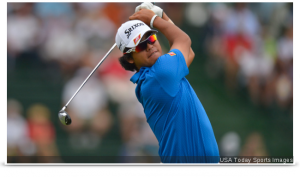 PINEHURST, N.C. – With every big tournament, Jordan Spieth keeps living up to his reputation as a rising star.

So does Hideki Matsuyama of Japan – even if not as many people notice.

They played together Thursday in the U.S. Open, and each made four birdies on increasingly tough Pinehurst No. 2 for a 1-under 69, one shot behind the early leaders.

I wouldn’t trade the position I’m in,” Spieth said.

Oddly enough, this is the second straight U.S. Open that Spieth and Matsuyama were placed in the same group.

Maybe the USGA was onto something. 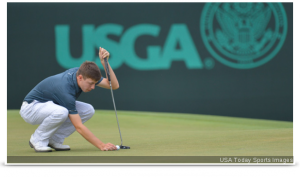 PINEHURST, N.C. – Matthew Fitzpatrick never looked overwhelmed Thursday, not by the pressure of his first U.S. Open nor by the two guys next to him.

One was the defending champion, Justin Rose. The other was Phil Mickelson.

The U.S. Amateur champion handled the moment just fine at Pinehurst No. 2. He opened with a 1-over 71 in his final event before turning pro. There were good moments (four birdies), bad (five bogeys) and frustrating (a one-shot penalty) in a performance that left the Englishman “pleased and disappointed at the same time, really.”

“For me, we just played away from flags and tried to play for the fattest part of the green – fattest and flattest,” Fitzpatrick said. “And I ended up pulling it or pushing it close to the flags I think, so it was kind of a positive plan in a way. It worked out quite well on some holes and not so well on others.” 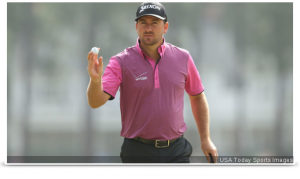 Graeme McDowell misses in all the right places during strong start at U.S. Open

PINEHURST, N.C. – Graeme McDowell watched his countryman and playing partner boom shot after shot, attacking the treacherous greens at Pinehurst No. 2 every chance he go.

Was McDowell tempted to try the same?

McDowell hardly dazzled with the way he struck the ball but kept putting it right where he wanted, setting up a 2-under 68 that left him tied for the lead at the U.S. Open on Thursday.

“I spent the last few days just preparing myself mentally for the challenge, really knowing that this golf course wasn’t going to give much and it was only going to take,” said McDowell, looking for the second Open title of his career after winning at Pebble Beach in 2010.