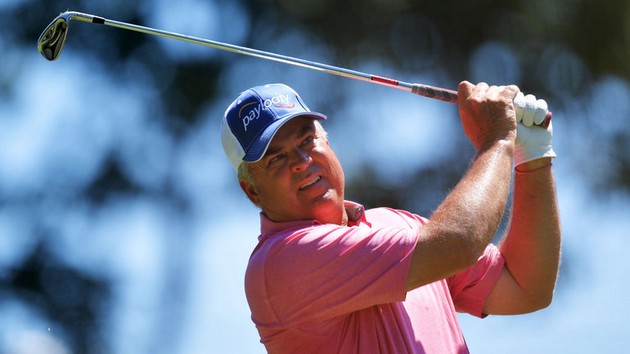 SOUTHERN PINES, N.C. … Eaton announced today that its Golf Pride Grips Division developed the MCC Plus4 ALIGN midsize grips used by the winner of the 2017 U.S. Senior Open. The MCC Plus4 ALIGN made its Champions Tour debut just three weeks ago.

MCC Plus4 ALIGN activates upon installation with a dedicated raised ridge on the underside of the grip allowing for consistent hand placement and an enhanced ability to square the clubface at impact each and every time. ALIGN Technology also features a unique micro-diamond texture and 50% firmer material compared to the surrounding grip area to amplify its pronounced feel. The flex channel separates the ALIGN Technology ridge from the grip body to maximize elevation lift and lock the grip into fingers, while conforming to the rules of golf. 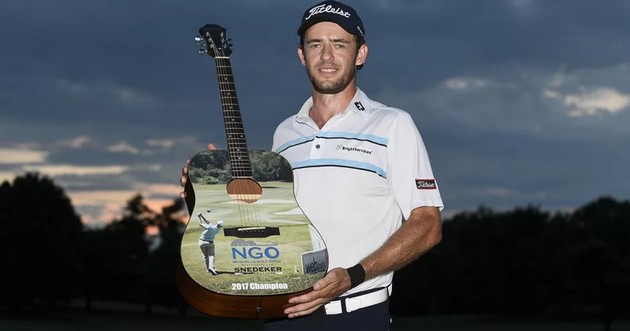 When describing the proper way to avoid being in violation of the anchoring ban (Rule 14-1b), USGA executive director Mike Davis said, “All you have to do is this [hold the club away from your body] where you control the whole club with your hands. So, long and belly putters are still legal – so long as you don’t anchor them.”

Anchoring, as we all know (and as the USGA knows, with the exception of one word) is when the club, or the gripping hand, or a part of the forearm is held against the body, relieving the player from making a free swing by restricting the movement of the club as if it were physically attached to the player’s body and thereby providing extra support and stability for the stroke.

Anchoring is NOT deemed to have happened when and if a player holds the club, or the gripping hand, or a part of the forearm against the body, relieving the player from making a free swing by restricting the movement of the club as if it were physically attached to the player’s body and thereby providing extra support and stability for the stroke … if the player, regardless of having done all of the above, merely states that it was not their “intent” to have done so. That it was not their “intent” to have anchored.

Intent is the get-out-of-jail-free card for both the player and those who are meant to police the player.

It appears as if the USGA and the R&A, anticipating a clog of calls about the club or the gripping hand or part of the forearm accidentally or otherwise brushing against or settling upon one’s shirt, added the stipulation that there must be intent for the rule to have been violated. They thereby exempted themselves from all adjudicating, in effect saying that while we wrote the rule, we will not interpret the rule.