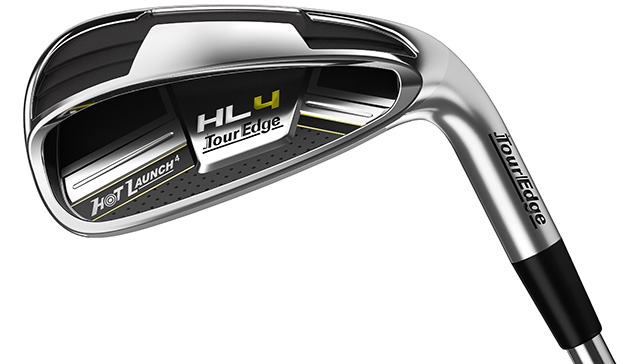 HL4 is the fourth release in the award-winning Hot Launch series from Tour Edge founder and master club designer, David Glod. HL4 features a complete lineup from driver to irons, all designed to fill a niche as the best technology and performance at a mid-tier price point.

HL4 Iron Set
HL4 Irons are made with the extremely soft 431 stainless steel, providing the optimal feel for players of all levels. The HL4 Irons incorporate an expanded undercut cavity to provide maximum forgiveness, power and consistent performance. The vast undercut cavity allows weight to be moved away from the face and into the sole for a higher MOI and high CT with faster ball speeds. This undercut cavity also provides a higher launch angle and enhanced forgiveness. The HL4 irons were also designed with a shallower face height and a wider sole for a deeper CG and an easier launch.

The HL4 Iron set comes as a 7-piece set with options from 4-iron to 9-iron, as well as a pitching wedge, approach wedge, sand wedge and lob wedge. The entire set will be available in right and left-handed models. The HL4 Iron also serves as the 8-iron, 9-iron and pitching wedge featured in the HL4 Triple Combo set.

HL4 Iron-Wood Set
The newly designed HL4 Iron-Wood features a re-designed shape with a thinner forged face for more spring-like effect and distance. The upgraded distance is about a club longer over the previous Hot Launch iron-woods. The iron-wood combines a hollow hyper steel body with a super-thin forged steel face with variable face thickness for maximum ball speed.

The HL4 Iron-Wood is available in 12 different individual lofts designed to replace standard two-iron to lob wedge irons. The iron-wood set is sold as a 7-piece set, for example from 4 iron-wood to pitching iron-wood, but can be purchased in any desired seven club configuration. The iron-woods in the set feature a progressive sole width, offset and top line making the set seamless so that every club is perfectly suited to hit every shot desired.

HL4 Triple Combo Set
The HL4 Triple Combo set provides players with the most versatile set in golf and provides the most powerful, forgiving and accurate club possible for every situation on the golf course. Plus, the end-consumer will save significantly in their investment in buying their hybrids, iron-woods and irons together as one set. The HL4 Triple Combo is a seamless iron set that includes two HL4 hybrids (22 and 25 degrees), two HL4 Iron-Woods (29 and 32 degrees) and three HL4 Irons (35, 40 and 44 degrees.) The No. 4 and 5 HL4 hybrids bring greater distance and forgiveness to the set over traditional long irons, while the No. 6 and 7 HL4 Iron-Woods provide the ultimate in forgiveness and ease of launch to the set. The 8-iron through PW in the traditional HL4 irons provides a traditional set up designed to deliver exceptional feel and control on approach shots.

The HL4 hybrids features a thinner cup face as well as a thinner and lighter forged 17-4 stainless steel crown that provides faster club and ball speeds. More weight in the sole of the HL4 Iron-Wood combined with the perimeter weighting properties of a hollow body design increases launch angle and forgiveness on every shot. The new Rear Inverted Crown design lowers the CG for the highest-launching iron-woods to date.

HL4 Custom Fitting
The Hot Launch series is designed to take advantage of the emerging growth segment of customization within the equipment market. Until the launch of Hot Launch by Tour Edge, the value segment of the custom fitting market had been largely under-serviced.

Tour Edge plans to have over 750 custom fitting centers across the country that will feature the mobile HL4 custom fitting bag and their industry leading 48-hour guaranteed delivery on custom fit orders. All custom fit specific orders turned into Tour Edge by 2:30 PM Central standard time will be built at Tour Edge headquarters in Batavia, IL and shipped to any continental U.S. state in 48-hours time, either back to the Tour Edge fitting location or directly to the end consumer.

SOUTHERN PINES, NC – Golf Pride®, an industry leader in grip innovation and the #1 Grip on Tour, announced today that it was the leading swing and putter grip choice at the 148th Open Championship. In fact, 81% of players in the field, including the newly crowned “Champion Golfer of the Year,” trusted their games to Golf Pride swing grips.

The winner relied on Golf Pride’s Tour Velvet grips en route to earning his first Major Championship, giving the Tour Velvet family a clean sweep of all 4 Majors in 2019. Not only did the Tour Velvet capture The Open Championship, the grip was also trusted by the winners of all global professional golf events this weekend including the PGA Tour, Korn Ferry Tour, and the LPGA Tour.

“This year’s Open Champion had the added weight of his home country on his shoulders, which increased his pressure to perform,” said Brandon Sowell, global sales and marketing director for Golf Pride. “While that pressure was in his mind, our commitment to performance was creating confidence in his hands to pull off every shot he needed down the stretch, especially in challenging weather conditions.” 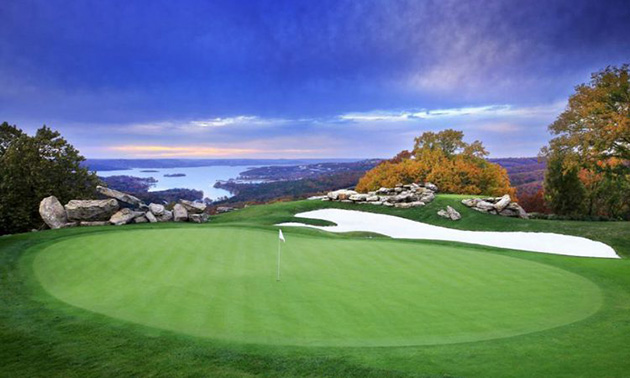 BRANSON, MO – When Payne’s Valley opens for play in the Ozarks – it’s currently under construction and will be the first public venue to open by Tiger Woods and his golf architecture firm (TGR Design) – it will include an uncommon 19 holes, bringing to four the number of different hole totals found at various layouts in the destination.

Most courses have the widely accepted 18 holes, a lesser number have just nine, which many players view as substandard or “incomplete.” Branson breaks the mold with a 13-hole course (Mountain Top), a 9-hole course (Top of the Rock), and the soon-to-open Payne’s Valley (19 holes). Add that Thousand Hills is a compelling par-64 design, deviating significantly from the most common par-72 configuration, and the destination supplies more playing variety than virtually anywhere.

A Gary Player design, Mountain Top Golf Course is a walking only site, one where the tee boxes are special in their variety. Instead of the normal teeing areas, where largely ubiquitous sets of markers designate where players begin, golfers choose where they wish to start each hole. Given the size and shape of the teeing areas, this means holes can change dramatically with each choice.

The 19th hole at Payne’s Valley is dramatic in the extreme. Named “The Big Rock at Payne’s Valley™,” the striking par-3 “bet-settling” hole plays to an island green surrounded by streams and waterfalls flowing down millions-year-old exposed limestone walls to close the round. In addition to the abundant Ozarks beauty highlighted at the hole, this special finish concludes the round in memorable fashion.

Those seeking regulation 18-hole courses in the destination have several superb ones from which to choose, including Buffalo Ridge Springs (Tom Fazio design) and Branson Hills (Chuck Smith with Bobby Clampett), rated the top two courses in Missouri by Golfweek in its annual “Best Courses You Can Play by State.” Two other top-notch 18-hole courses are LedgeStone (Tom Clark), which Golfweek rates No. 6 in the state, and Ozarks National (Bill Coore & Ben Crenshaw), which opened to critical praise in April of this year. Along with Top of the Rock, both Big Cedar Lodge golf amenities, Ozarks National is played during the Legends of Golf.

Thousand Hills contains the traditional 18 holes, but its par 64 routing is anything but normal. This thanks to its author, Bob Cupp, a Jack Nicklaus design associate for 15 years before starting his own company. Cupp’s esteemed portfolio includes Old Waverly in Mississippi, which has hosted a U.S. Women’s Open, and Pumpkin Ridge and Crosswater at Sunriver Resort, both in Oregon and having hosted a PGA TOUR Champions Major and U.S. Amateur Championship, respectively.

Suffice it to say, Branson-area courses span a collective spectrum from new to established, acclaimed to unconventional. It’s ideal for golfers who seek a one-of-a-kind, first-class golf destination experience.