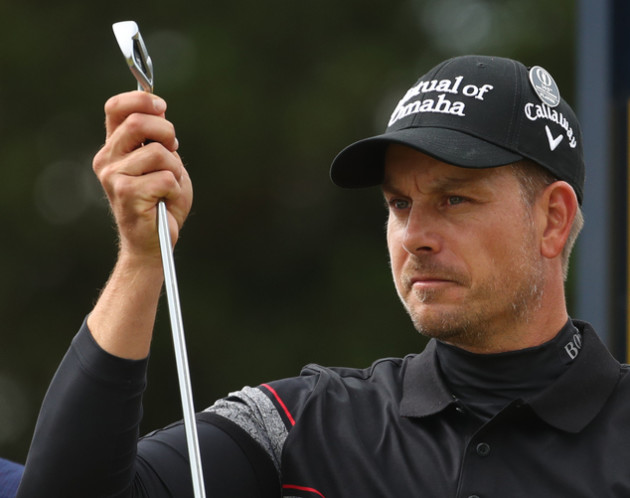 CARLSBAD, California (July 17, 2016) – The 2016 “Champion Golfer of the Year” played Nippon Shaft’s N.S. PRO MODUS³ Tour 120 steel shafts in his irons and wedges en route to an epic victory in cold and windy conditions at the 145th Open Championship at Royal Troon.

The 40-year-old Swede, who began playing the N.S. PRO MODUS³ Tour 120 X flex from May 2011, became the first male in his country’s history to win one of golf’s Grand Slam titles, shooting a historic final-round 8-under par 63. The round included 10 birdies and considered one of best final round in Major championships history.

The Champion shot a total of 20-under par 264 with rounds of 68-65-68-63, the lowest 72-hole score in Major championship history.  His final round 63 equaled the best round of the week, authored by his final round playing partner in the opening round, and is the second player to shoot 63 in the final round of a Major and win.

“Nippon Shaft couldn’t be more proud and happy for this year’s Champion Golfer of the Year!  We are extremely pleased that he now will get the recognition he deserves.” said Hiro Fukuda, sales and marketing for Nippon Shaft.

It was the second time in two weeks that Nippon Shaft products were used to win a major championship.  The winner of the U.S. Women’s Open used Nippon Shaft N.S. PRO 950GH steel shafts in her irons and wedges to win the biggest championship in the women’s game.

Designer brand G/FORE will be breaking new ground in golf fashion once again with its new spring/summer 2017 collection.

The progressive American brand, created by fashion-industry pioneer Mossimo Giannulli in 2011 – founder of the billion-dollar clothing company Mossimo Inc – has enjoyed a meteoric rise in its first few years on the golf scene.

And, in keeping with its growing reputation for bold innovation, the new collection boasts plenty of striking colour schemes, unique style ideas and trademark G/FORE boldness. But there is also a classical tradition at the heart of the collection, with a modern spin added to it.

The customary G/FORE focus on quality and the use of technologically-advanced materials also remains at the forefront of the collection, to further enhance the brand’s standing.

The essential polo range has been updated with mercerised cotton fabric – which has stretch qualities and a slight sheen with a hidden button down collar and covered placket.

The selection of zip-up knitwear is a smart new addition and, as men’s golf fashion explores new trends, G/FORE has added plenty of its own unique interpretations. A new version of the increasingly popular ‘jogger’ trousers has been introduced, while camo-print polos, slogan T-shirts and skinny trousers also feature.

But G/FORE, which initially burst on to the scene with a unique footwear range, has stayed true to its own traditions with the new cruiser – a stylish loafer-style golf shoe – available for men and women. There are also two new versions of the high-top crusader shoes, which have been worn recently by brand ambassador and two-time US Masters champion Bubba Watson.

The brand has also established a reputation for producing fashion forward women’s clothing that caters for the young, stylish golfer, and this collection is set to build further upon that.

Highlights of the collection include a merino wool, open-gauge polo – a timely addition given the significant trend in women’s fashion for ‘preppy’ looking polos.

Following an extremely popular range of skirts in its maiden collection, G/FORE has updated the line with an elegant pleated skirt, which will add a touch of glamour to any outfit.

“The cruisers have proved very popular and, as always, we’re proud to bring something different and exciting. We believe the whole collection offers variety, quality and our unique G/FORE style.” 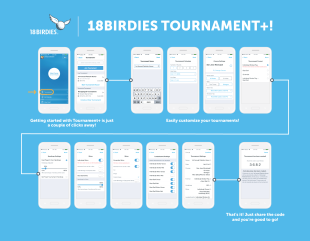 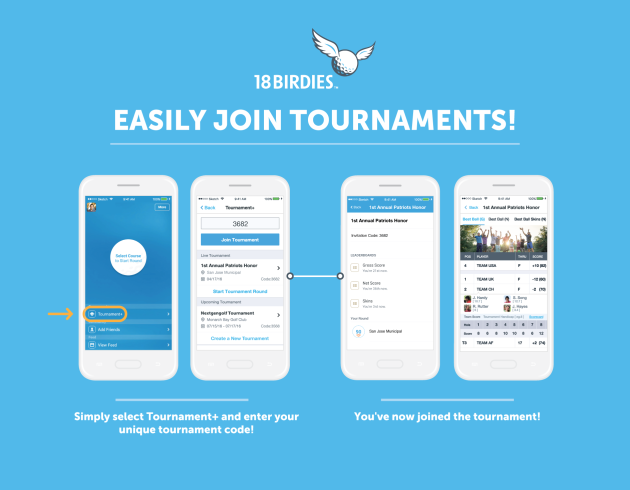 OAKLAND, CA (July 14, 2016) – 18Birdies, the state-of-the-art integrated social golf platform built to enhance the golf experience, announced today that the 18Birdies Tournament+ feature is now available to 18Birdies users. 18Birdies Tournament+ provides golf courses and golfers with an easy-to-use set of tournament features that will support both large and smaller tournaments such as private leagues, golf trips or group outings. Tournament+ also supports different golf formats such as Scramble, Best Ball, team best ball, Individual stroke play and Skins all within the app. Golf courses and golfers can now easily manage tournaments, and provide a live leaderboard like the pros that players can view via the 18Birdies app or web portal. Tournament+ brings a more social approach to golf tournaments by utilizing its Feed feature to share pictures, scores and comments all in real-time via the 18Birdies app. In addition to making Tournament+ tools available within the app, 18Birdies is also introducing a new feature-rich web portal with an expanded set of tools for managing every aspect of a tournament. Tournament+ is available now within the 18Birdies app and is available via iTunes and Google Play.

“Partnering with 18Birdies has streamlined the tournament process and made it easier to manage all of our charity tournaments,” said Chad Hodges, Chairman of the Board, Patriots Honor. “By using the 18Birdies platform, we were able to offer our golfers a more exciting experience through its scoring, live leaderboards and social features. Golfers were able to communicate within the app and see a live leaderboard to know exactly their position in the tournament, which added to the overall excitement.”

“We’ve worked closely with tournament organizers, golf courses and players to build a comprehensive tournament solution that is also simple to use,” said Eddy Lui, CEO and Founder, 18Birdies. “Their feedback was integral in building our Tournament+ offering, and we’re thrilled to offer it now to all 18Birdies users.”

With golf courses looking to provide more memorable experiences for their participants, 18Birdies Tournament+ offers a way for golfers in a tournament to stay connected and track each other’s progress and stay up-to-date on overall scores in real-time. For organizers, Tournament+ brings a new social component to tournaments and makes the whole process of setting up and scoring a tournament more efficient. The set-up is complete in just a few steps, and organizers no longer need to input scores manually as everything is happening in real-time via Tournament+.

The 18Birdies app is free and available today for download on Apple iTunes and Google Play.