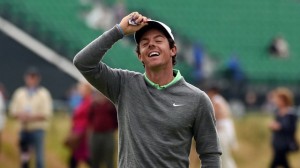 Rory McIlroy got off to a dream start Thursday in the first round of the Open Championship.

The two-time major winner fired a bogey-free, 6-under 66 to take the early clubhouse lead at Royal Liverpool. 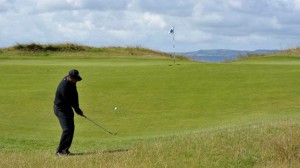 Tiger Woods off to solid start with 3-under 69

All eyes were on Tiger Woods at Royal Liverpool as the Open Championship teed off on Thursday.

Pain-free in his return from back surgery, Woods — playing in his first major championship of the season and just his third competitive round since March — got off to a bumpy, bogey-bogey start at the course he overpowered in 2006 when he won the Open for a third time.

It didn’t look good early on for the man trying to snag major victory No. 15 and his first since the 2008 U.S. Open. 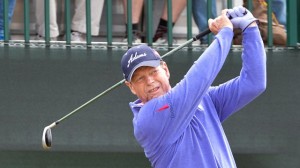 Watson off to impressive start at Open Championship

We call him “Captain,” but you could also call him “Timeless Tom.”

Tom Watson, 2014 U.S. Ryder Cup Captain and a winner of five Open Championships, shot a 1-over 73 at Royal Liverpool in the first round of the Open on Thursday.

The 64-year-old — a runner-up to Stewart Cink at the age of 59 in 2009 at Turnberry — in a round that included four birdies, three bogeys and a double bogey.