The unique collection of golf products, available in limited distribution, stay true to the traditional red and white Arsenal colors, inspired by the strong and loyal fan base the brand has built over the years.

Below are some highlights from the COBRA PUMA GOLF Arsenal Kit:

Arsenal BiO CELL Driver ($349) – The all-titanium BiO CELL driver, which comes in official red and white Arsenal colors, takes adjustability, customization and pure distance to the next level. The driver, which features the Arsenal shield logo and the Arsenal Canon, is equipped with MyFly8 and SmartPad technology that features eight adjustable loft settings, allowing you to tune the driver for maximum distance to match your swing. 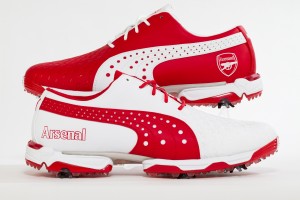 Arsenal NeoLux Footwear ($250) – In the Arsenal NeoLux golf shoe, luxury meets performance with ultra-premium materials, this time inspired by the football boot used in competition by Arsenal. The shoes, which feature a red left shoe and right white shoe, utilize the same unique performance materials as the in-line football boot, and are emblazoned with an Arsenal badge. The waterproof upper is equipped with strormCELL to keep your feet protected from the elements, while the lightweight sockliner provides the ultimate in fit, comfort and durability. 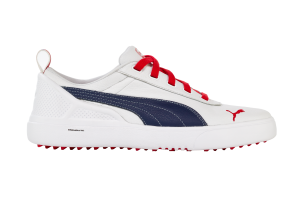 Arsenal Monolite Footwear ($120) –The Monolite Golf Shoes have it all – premium materials, full-grain leather upper, lightweight construction, spikeless versatility and now this version, designed especially for soccer fans, comes in the red, white and blue colors inspired by Arsenal.  The shoe which provides increased support, stability and comfort on and off the course, has the Arsenal shield logo prominently displayed on the tongue. 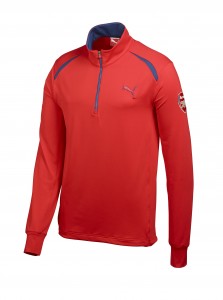 Arsenal Apparel Collection – The collection features three Arsenal-inspired tops that are available in red and blue. The Arsenal Tech Polo ($65) offers breathable, coolCELL mesh panels on the back for ventilation, while moisture-wicking properties in the fabric work to keep you dry and comfortable. Arsenal LS ¼ Zip Top ($80) provides dryCELL functionality, to keep you dry and comfortable, UV protection and built-in climate control. Arsenal Wind Jacket ($80) incorporates windCELL fabrication to keep the chill out, while stretch and Duo-Swing engineered sleeves allow freedom of movement. The jacket also provides seam-sealed construction for protection against the wind. 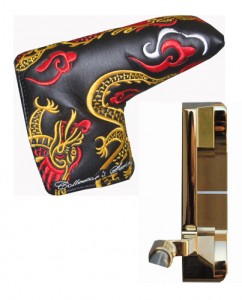 SAN MARCOS, CA, July 15, 2014… Gauge Design Golf/Whitlam Golf, a premium golf company known for creating the most precise milled putters in the golf industry, today announced its limited edition Year of the Dragon Putters are available for a short time.

“This is our second run of the limited edition Year of the Dragon Putters. The first run of 100 putters sold out in less than a month. This run is also limited to 100 pieces and there are not many left. Once they’re gone, they’re gone,” stated David Whitlam, Founder and President, Gauge Design Golf.

The Year of the Dragon Series brick sole mill features a classic blade style and is available in double-bend heel-shafted or center-shafted right hand and left hand models. It comes with the Whitlam Golf black Ion grip and a stunning, embroidered Year of the Dragon headcover.

“This putter is not only a work of art and aesthetically pleasing, but it also imbues great feel and confidence to the golfer,” added Whitlam. “It is definitely crazy difficult and time consuming to paint fill which is why we have chosen to offer a limited supply. Beside the actual putter, the embroidered head covers are works of art themselves.”

The Year of the Dragon Putter is made from 303 Stainless Steel, with a head weight of 350g. The head is available in silver, satin black and satin gold and comes standard with a 71-degree lie and 3.5-degree loft. It is available in lengths from 32″ – 36″. It comes with the Whitlam Golf black Ion grip and a stunning, embroidered Year of the Dragon headcover. MSRP is $750. 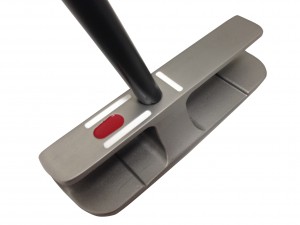 Franklin, TN – SeeMore Putter Company acknowledges great play from Scottish born PGA TOUR member Russell Knox at last weeks Aberdeen Asset Management Scottish Open. One of only a two Scottish players ranked in the top 100 in world ranking, he finished top 30 this past week. Using his SeeMore Putter – PTM 1 (Precision Tour Milled FGP blade) for the first time, he carded 18 birdies and 2 eagles for the event. As a non-member of the European Tour, he collected a nice earning of $43,000 for the week.

Knox was first introduced to SeeMore back in 2011 when he won the Chiquita Classic Nationwide Tour event (Cincinnati, OH) with his SeeMore Si3 shooting 25 under par for his first TOUR win.

SeeMore Putter Institute
SeeMore has launched the SeeMore Putting system to golfers in the form of introducing the SeeMore Putter Institute (SPi), where golfers and instructors will be able to come together in person and online to share these fundamental ideas about how to improve putting performance. Presently over 315 global instructors are utilizing SPi to generate more lessons, more revenue and more game improvement!

SPi is a learning system based on the simple fundamentals of finding the proper grip, alignment, stance, and posture. This allows for a natural, free, and simple putting stroke on each and every putt. It is based on the technology built into the SeeMore putter itself, and on the refined teachings of SeeMore Global Ambassador Pat O’Brien. O’Brien has worked with Zach Johnson, and many other PGA Tour and developing players. O’Brien has been teaching the SeeMore System around the world for more than 14 years, ever since he watched his good friend, the late Payne Stewart benefit from the SeeMore putting system to win 1999 US Open and lead the tour in putting statistics that year.

Becoming SPi Certified will help golf teachers formulate a complete teaching plan to help their existing students and recruit new students to become great putters using the SeeMore system that has won 2 Major Championships and set numerous putting records on the PGA Tour. It is a complete game plan, which will give any golf instructor a new level of confidence in the proper teaching and fitting involved in putting instruction. Becoming certified to teach the system initially consists of online training, but also includes personal coaching. Contact us for more information about becoming a SPi certified staff member at putterinstitute@seemore.com or call 615-435-8015.