KAPALUA, Hawaii — Zach Johnson started the new year the same way he ended the last one.

Johnson pulled away with three straight birdies on the back nine at Kapalua and closed with a 7-under 66 for a one-shot victory over Jordan Spieth in the Hyundai Tournament of Champions on Monday.
Johnson didn’t need any heroics, like holing out from a drop zone on the last hole when he beat Tiger Woods in the Northwestern Mutual World Challenge last month in California. This was mainly about chipping and putting, and Johnson is among the best.
To read the entire article, click here.

Today at the SONY Open in Honolulu, Odyssey, the #1 Putter in Golf, is debuting two new putters: the Versa Jailbird and the White Hot Pro Havok.

The Versa Jailbird is a high MOI mallet putter that extends the popular Versa technology. Odyssey has taken taken the next step in high contrast with Double Versa Technology, which helps to highlight the proper face angle at address, through the stroke and at impact. The Jailbird’s black and white contrast allows the golfer’s eyes to key in on linear designs on the putter that accentuate the face angle and contributes to better alignment.

The Versa Jailbird also features the new and improved version of the #1 insert on Tour, White Hot. The insert is highly engineered for more consistent sound, feel and performance across the striking surface.

The Versa Jailbird will be available in January at a new product introduction price of $169.99.

Havok is part of the White Hot Pro family, and is an ultra high MOI putter that provides both forgiveness and a new version of the White Hot insert, the #1 insert on Tour. The Havok’s lower, deeper CG creates forward roll and helps improve distance control and accuracy, while the putter’s ultra high MOI helps increase the stability of the putter through the player’s stroke so more putts start online. Havok has a new Gun Metal PVD finish to reduce glare.

The White Hot Pro Havok will also be available  in January at a new product introduction  price of $159.99. 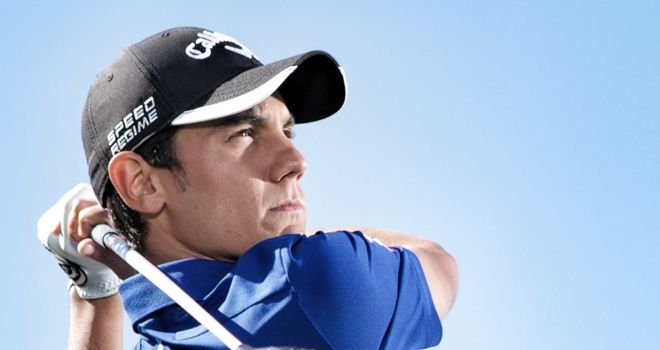 Today Callaway Golf announced that it has signed 20 year-old Matteo Manassero to its Tour Staff.

Manassero is a rising star on the world golf stage; he already has four career wins on the European Tour, including the 2013 BMW Championship. In 2012 he became the first teenager to win three European Tour events in one season.

He’s been a global golf superstar since bursting onto the scene as a 16-year-old amateur with a thrilling run at the 2009 Open Championship. Now he joins Henrik Stenson, Harris English and others as a first year members of Team Callaway. Should be fun to watch.

The Ultimate Union of Speed and Precision

The Ultimate Blade Iron for the Purist