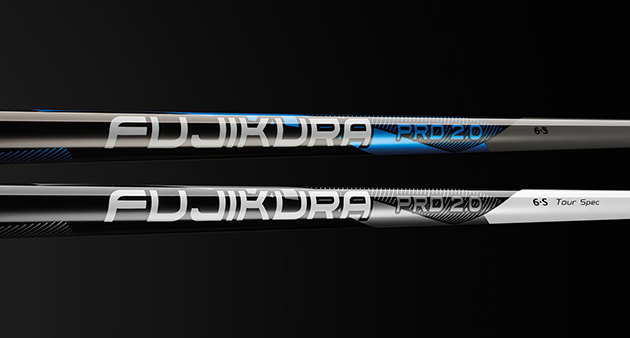 VISTA, CA – Fujikura, the leader in performance golf shafts, is proud to unveil the second generation of their popular PRO shaft series, the PRO 2.0. Originally designed to have a softer handle section to help golfers load the shaft and deliver the clubhead with more speed at impact, the PRO series has been long heralded by Tour players, amateur golfers, and club fitters for the benefits of a profile that aids in launch while also reducing spin.

The latest iteration in the PRO series, the new PRO 2.0 builds on the latest in material knowledge, the most recent research data of Fujikura’s in-house engineering team, and feedback from Pros. The result is a shaft with a more effective loading zone to store more energy in the downswing which translates to more clubhead speed. Additionally, the torsional stiffness has been increased by 14% to produce greater overall shot control and lower spin compared to the original PRO. The PRO 2.0 will be available at over 600 qualified Fujikura charter dealers beginning February 1, 2018.

“Like all of our shafts, the PRO 2.0 has been designed utilizing enso®, a 3D motion-capture technology that no one else in the shaft industry has,” said Alex Dee, Vice President at Fujikura Composites America. “This technology and advanced data analytics has allowed us to crack the code on how club performance and ball flight are affected by shaft characteristics and swing type. When we compared to the original PRO, we saw the 2.0 was significantly easier to swing, had tighter shot dispersion, and lower spin to deliver the club head with more power, control and distance. We were thrilled with the result.” Mr. Dee has over 19 years of experience in engineering performance golf shafts.

The PRO 2.0 is painted in “Destroyer Grey” and has a metallic blue design to carry over the theme from the original PRO. The Tour Spec model is painted in our “Tour Spec white” to denote the stiffer profile. They will be available in weight ranges from 57 to 87 grams and in flexes starting at R2 up to X. 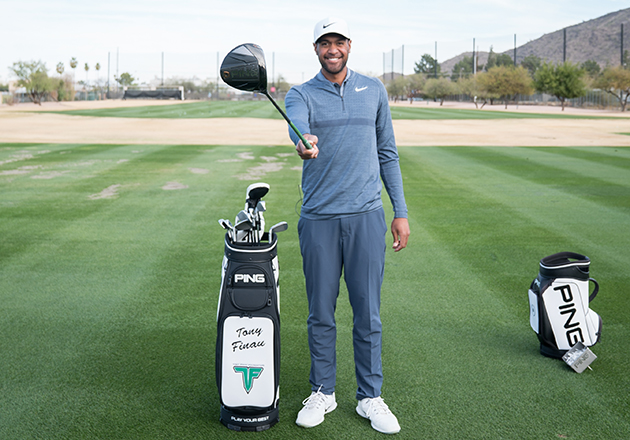 PHOENIX, AZ – Tony Finau, a PGA Tour winner and one of the longest hitters on tour, has signed a multi-year agreement to represent PING, company President John K. Solheim announced today. The 28-year-old Salt Lake City native led the just-completed Farmers Insurance Open with an average drive of 325.6 yards and is second on tour in average driving distance at 328.8 yards. He switched to the new PING G400 Max driver at this season’s Sony Open. He will make his debut as a PING Pro at this week’s Waste Management Phoenix Open.

“Tony is very charismatic and has tremendous character,” Solheim said. “He’s great with the fans and well-respected by his fellow tour players. He’s one of the most athletic players on tour who uses his strength to generate a lot of power -– he can really hit the ball a long way and has the overall game to become a consistent winner on tour. We’ve developed a great relationship with him in the last year as he’s looked to play the best equipment available for his game. We believe it’s a great fit for both of us.”

At 6′ 4″ and 200 pounds, Finau was a premier high school athlete in several sports, most notably basketball. But golf was his first passion, and he turned pro out of high school at age 17. He earned his PGA Tour card for the 2015 season with a win on the Web.com Tour in 2014. In 2016, he won the Puerto Rico Open on the PGA Tour.

“I’m honored to become part of the PING Tour team,” said Finau. “The family atmosphere, people and core values at the company really spoke to me. I’ve played their equipment for the last year and have gotten to know their tour reps and the engineering team in Phoenix very well in the process. I’m most impressed with their passion for designing the best equipment in the game for golfers of all skill levels, and I know that their commitment to properly fitting and building equipment to fit my game will maximize my confidence every time I step on the tee.”

As part of a multi-year agreement, Finau will carry a PING staff bag and play a minimum of 11 PING clubs.

OVERLAND PARK, KS – Bushnell Golf, #1 in Electronic Measuring Devices, unveiled the new iON 2.  The iON2 has been redesigned to meet the ever-changing needs of golfers wanting wearable EMD’s. The iON2 features Bluetooth technology and the Bushnell Golf app for automatic updates to the move than 36,000 preloaded courses in over 30 countries. The iON2 is one of the industries easiest to use GPS rangefinder with instant yardage measurements in a simple, fashion-forward design featuring a reversible band.

“We pride ourselves on creating EMD’s that are both trusted on tour and by the weekend golfer,” said John DeCastro, Global Product Lane Director at Bushnell Golf. “The iON2 is more user-friendly with industry leading technology at an affordable price.”

The iON2 offers the golfer long battery life (play three full rounds of golf before charging), and even more benefits such as a shot distance calculator, pedometer, odometer and the ability to get up to four hazard distances per hole.

The iON2 Golf GPS Watch is capable of instantly recognizing courses. It features auto-hole advance which automatically changes from one hole to the next, so a golfer can start play and get front/center/back distances without touching any buttons the rest of the round. An integrated step counter has been added allowing the golfer to track distance, speed, and total activity time throughout their round of golf.