As they have done in the past with their ground-breaking distance irons, TaylorMade is offering 20,000 golfers the opportunity to try a SpeedBlade 6-iron for free.  Simply click this link HERE to sign up and a 6 iron will be delivered to your door. 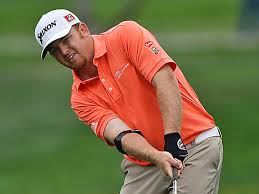 HUNTINGTON BEACH, CA – January 30, 2014 – Cleveland®  Golf/ Srixon®  is pleased to announce the recent addition of J.B. Holmes to their professional tour staff.  Holmes, a two-time winner on the PGA Tour, agreed to terms on a multi-year contract with no additional details made available.

A 32-year-old native of Campbellsville, Ky., Holmes victory at the 2006 FBR Open made him the fastest golfer to $1,000,000 in career earnings on the PGA Tour.  In 2008, Holmes won the FBR Open for the second time in three years, helping him clinch a spot representing the United States on their victorious 2008 Ryder Cup team.  During the 2008 season, Holmes reached the top 50 in Official World Golf Rankings for the first time in his career.

At the 2011 PGA Championship, Holmes was forced to withdraw after battling several months of vertigo-like symptoms.  After receiving several medical opinions, Holmes was diagnosed with Chiari malformations – structural defects in the cerebellum, which is the part of the brain that controls balance.  In September of 2011, Holmes underwent brain surgery. The following month, doctors discovered he was allergic to an adhesive used in a webbed titanium plate placed at the base of his skull, which required additional surgery.

“I’d never even heard of the symptoms; they just popped up,” Holmes said. “Some people have it their whole lives and it doesn’t affect them. But I thought it was over if I couldn’t get it fixed. They cut out a piece of my skull to get some room. It wasn’t much fun.”

In January 2012, Holmes returned to the PGA Tour before fracturing his ankle in a rollerblading accident in March of 2013.  While recovering from his ankle injury, Holmes opted for surgery on the tennis elbow he’d been suffering with since late 2011.  Holmes, who is playing this year on a major medical exemption, returned to action at last week’s Farmers Insurance Open, where he finished with a 3-under-par 285, and a share of 23rd place.  Holmes is playing this week at the Waste Management Phoenix Open, a tournament he’s already won twice in his young career.

“We’re thrilled to have J.B. as a member of the Srixon and Cleveland team,” said Todd Harman, President of Cleveland® Golf/Srixon®  – U.S.A.  “J.B. is an exceptional competitor who has had to overcome serious adversity in regards to his health.  We’re excited to play a part in his journey back to winning on the PGA Tour.” 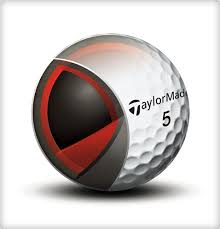 After a decade of prototyping and testing with the world’s best players, the company believes the new Tour Preferred franchise is the best performing ball the company has released to date.

“Golf ball innovation doesn’t just happen overnight. Rather, it is a series of ongoing conversation with our Tour players,” said Dean Snell, vice president of golf ball R&D. “These conversations have led to the introduction of breakthrough technologies including low drag aerodynamics for ultimate wind resistance, a five-layer construction for superior control throughout the club set and now our softest and most durable cover.”

•         REACT™ Core for greater ball speed on all shots for increased distance.
•         Spin Mantle™ designed to deliver precise and consistent spin rates on given shots throughout the bag.
•         Low-Drag Performance Aerodynamics (LDP™) A 322-dimple pattern designed to minimize distance loss on low spin shots and also maintain a penetrating ball flight into the wind.

A new technology featured in the golf balls is Soft Tech™, TaylorMade’s softest and most durable cover to date. Made of a cast urethane, the new cover provides an even softer feel around the greens than previous TaylorMade offerings.  The Soft Tech cover will also provide higher resistance to shearing and will last longer.

Tour Preferred X maintains the same spin and trajectory into the green as its predecessor Lethal. Unlike Lethal, Tour Preferred X promotes better green side control because of its new Soft Tech cover.

TaylorMade anticipates that more than 80% of its tour players will gravitate to this model as they are seeking controlled iron spin, for a more penetrating ball flight.

Since their introduction on Tour earlier this year, tour players have quickly made the switch to both models including Sergio Garcia who has already won twice with the Tour Preferred X (Thailand Golf Championship in December and Qatar Masters in January). Emerging LPGA star Jessica Korda also played the Tour Preferred X in her season-opening win at the Pure Silk Classic.

Tour Preferred and Tour Preferred X will be available at retail on March 1st at $45.99 per dozen. For more information, please visit www.taylormadegolf.com 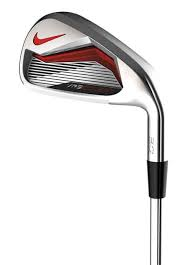 “We focused on improving distance and off-center hit performance with the VRS Covert Forged irons,” says Chris Savage, Nike Golf Irons Innovation Engineer. “It’s the first time we designed a forged iron with a high-speed NexCOR face, and engineering the variable thickness really amplifies the trampoline effect off the face. We further enhanced the performance with balancedperimeter weighting via a deep, engineered cavity back design.  In our testing, the VRS Covert Forged irons delivered up to seven additional yards in distance compared to last year’s product.”

“Our research shows that more than 80 percent of player impact is between the center and the toe side of an iron,” Savage adds. “So another key focus on this product was to shift the center of gravity to the center of the face.  By moving the true sweet spot to the area where most people hit the ball, we enhanced the iron’s feel and improved off center performance by as much as 17 percent.”

Nike’s X3X groove technology features grooves that are closer together and deeper on the clubface. Nike Golf engineers added width to the shape of the existing high-frequency X3X grooves to maximize spin and maintain ball flight, resulting in a 50-percent decrease in long iron dispersion from difficult lies.