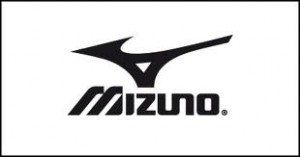 In 2013, Mizuno stirred the hopes and dreams of thousands of die-hard golfers with the chance to be treated like a Tour Professional in it’s unique Play Famously campaign. Ultimately, 12 “average joes” got treated like Pros as members of the first Mizuno Team JPX. Their experience is captured in this heartwarming video below.
http://youtu.be/lNswy1aQsgw
Mizuno is bringing Play Famously back in 2014, giving another 12 golfers the chance of a lifetime. Details about the 2014 Play Famously contest will be announced in the coming week.
In the meantime, we thought this video might be of interest to your readers, many of whom will be scrambling to stake their claim to be one of the lucky 12 to make the team this year.

CHICAGO – January 29, 2014 – Tour stars including Padraig Harrington, Ricky Barnes and Kevin Streelman are set to unveil the new Wilson Staff Centennial Pro Tour bag to mark 100 years of outstanding Wilson Golf innovation – a period that has heralded an unrivalled number of Major victories with the company’s irons (61) and wedges (82).

The iconic red and white tour bag – which features the vintage Wilson Staff shield and retro branding – will be put into play this week by brand ambassadors on both the PGA and European Tours. Harrington, Streelman and Barnes will first showcase the special bag at the Waste Management Phoenix Open, while Paul Lawrie, Anthony Wall and newly-signed Marcel Siem will do the same at the Dubai Desert Classic.

“It’s an honor for me to represent the iron brand with more Majors, but it’s also an inspiration for me to add to the total Major wins,” said Streelman, who last year used his Wilson Staff FG Tour V2 irons and FG Tour TC wedges to champion the Tampa Bay Championship and finish runner-up in the prestigious in a special retro pack with six individually gold-foil wrapped balls inside, designed to resemble the classic style from the 1950s.

Also featuring the special centennial branding will be Wilson Staff’s neXus carry bag – which has proven extremely popular since its launch in October last year – as well as a range of headwear, headcovers, a towel and umbrella. 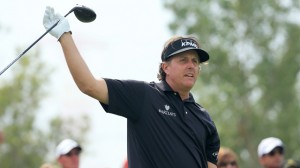 SCOTTSDALE, Ariz. – Phil Mickelson is going ahead with his Waste Management Phoenix Open title defense after testing his ailing lower back Wednesday at exclusive Whisper Rock.

“I had a good practice session, though I didn’t go full speed for much of it,” Mickelson said in a statement. “I feel fine. I expect to play and play well.”
He first felt soreness in his back two weeks ago in Abu Dhabi, and then withdrew from the Farmers Insurance Open on Friday after making the cut at Torrey Pines. He flew to Georgia to see back specialist Tom Boers and was told his facet joints locked up.
Last year at TPC Scottsdale, Mickelson opened with an 11-under 60 and matched the Phoenix Open record of 28 under. He was set to make his 25th start in the event that he also won in 1996 and 2005.
Mickelson lived in the Phoenix area for 12 years.
“If it was any other tournament I’d skip it,” he said this week. “But I’m defending, it’s my second hometown and I love the event.”
Mickelson also said he expects to play next week at Pebble Beach, where he’s a five-time champion. He is skipping Riviera and the WGC-Accenture Match Play Championship because his oldest daughter has spring break a week earlier than his other two children.
To read the complete story, click here.
The following two tabs change content below.