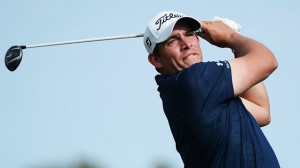 Scott Stallings wins Farmers Insurance Open with birdie on No. 18

SAN DIEGO — In a tournament that was up for grabs, Scott Stallings hit a 4-iron worthy of a winner Sunday in the Farmers Insurance Open.Stallings was in a five-way tie for the lead when he hit his second shot on the par-5 18th hole as hard as he could. It was enough to barely clear the water, and he took two putts from 40 feet for birdie and a 4-under 68 at Torrey Pines.

That was enough for a one-shot victory when no one could catch him.

It was the third career PGA Tour victory for Stallings, who earned a return trip to the Masters and should move high enough in the world ranking to qualify for the Match Play Championship next month in Arizona. 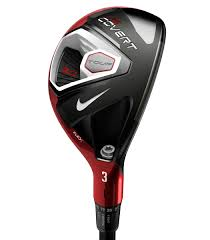 BEAVERTON, Ore. (January 23, 2014) – To kick-start the creation of Nike Golf’s new line of hybrids, Nike Golf engineers re-examined the range of metal woods that golfers have in their bags. From drivers to fairway woods, the club heads decrease in size – and they followed that same strategy with the new range of VRS Covert 2.0 hybrids, available at retail on January 31, 2014.
Tapping into what the engineers at The Oven call “Linear Transition Design”, the club team crafted the VRS Covert 2.0 hybrids with progressively smaller head sizes as loft increases, while increasing the face height on each model. The #2 and #3 hybrids, with larger heads, perform more like fairway woods to advance the ball, while the #4 and #5 hybrids are utilized for approach shots toward the green.
Both the VRS Covert 2.0 Tour and VRS Covert 2.0 hybrids feature a Fly-Brace reinforced High-Speed Cavity back design for longer and straighter shots. The cavity back design improves the moment of inertia and also helps to stiffen the back of the golf club and improve the energy transfer across the club face.
“With the new VRS Covert 2.0 hybrids, the longer the shot, the more forgiving the club,” says Tony Dabbs, Nike Golf Global Product Director, Golf Clubs. “When we looked at it, we realized it makes more sense, especially with a #2 and #3 hybrid, to produce ball flight that is more similar to a fairway wood. As the line progresses, the heads get smaller, and the #4 and #5 hybrids are designed to hit the green with a little higher trajectory and more shot-making precision.”
In addition to the VRS Covert 2.0, the VRS Covert 2.0 Tour hybrids feature Nike’s patented FlexLoft technology, a simple pull, turn, push-and-tighten adjustment system that allows golfers to choose their loft and face angle independently of each other, providing more range and versatility in the bag. NexCOR face technology, which incorporates variable face thickness for a faster, hotter face, results in more speed at impact.
The second generation of Mitsubishi Rayon’s Kuro Kage graphite shafts are the standard graphite shaft option for both models.  In the VRS Covert 2.0 Tour, the Kuro Kage Silver 80 graphite shaft creates more stability and lower spin.  The VRS Covert 2.0 utilizes the Kuro Kage Black HBP Graphite 70 shaft, featuring a higher balance point to allow for higher swing speeds without adding shaft length.
Nike VRS Covert 2.0 Tour Hybrids
Availability: January 31, 2014
Specifications: 3H: 17°-21° (RH/LH), 5H: 21°-25° (RH/LH)
Kuro Kage Silver 80 Shaft: R, S
Street Price: $229
Nike VRS Covert 2.0 Hybrids
Availability: January 31, 2014
Specifications: 2H: 17° (RH), 3H: 20° (RH/LH), 4H: 23° (RH/LH), 5H: 26° (RH)
Kuro Kage Black HBP 70 Shaft: A, R, S, X, W
Street Price: $179 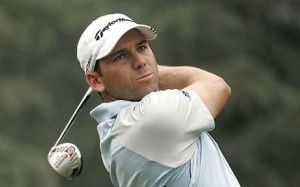 Sergio wore adidas Golf apparel and footwear and played a full bag of TaylorMade equipment including the SLDR driver.

On a week when TaylorMade staff professionals wore “Loft Up” hats, Sergio played his SLDR gamer a full degree of loft more than his previous driver to take advantage of the low-spinning performance of the club. Because of the low and forward design of SLDR, tour players across the world have been “lofting up” to achieve the desirable high launch and low spin performance off the tee. Sergio ranked No. 5 in driving distance averaging 299.6 yards and was one of 29 players in the Qatar Masters field who played a SLDR. Click here to learn more about the No. 1 driver in golf.

Known as one of the best ball strikers in the game, Sergio also hit 75% of his greens with his new Tour Preferred MC irons. This was the second time in three events Sergio has played and won with the MC irons, which combine a player’s shape with a shallow “muscle cavity” to boost MOI, creating an unparalleled blend of beauty, feel, workability and stability. The 3- through 7-iron incorporate TaylorMade’s renowned Speed Pocket™ technology to promote increased ball speed in the lower portion of the clubface for more consistent ball speed and launch conditions across the entire face. Click here to learn more.

Sergio also wore adidas Golf apparel and footwear including the new adizero one, which launched this week on Tour. The adizero one is the lightest cleated performance golf shoe in the adidas Golf footwear arsenal weighing less than 10 ounces.  A visually appealing design that provides maximum performance features a unique center traction cleat utilizing CenTraXion™ technology for ultimate grip while maintaining stability throughout the swing.

The win represented the 11th European Tour title and Sergio’s 25th worldwide. He also won his final event of 2013, the Asian Tour’s Thailand Golf Championship in Bangkok. Sergio is expected to move into the Official World Golf Ranking’s top 10.