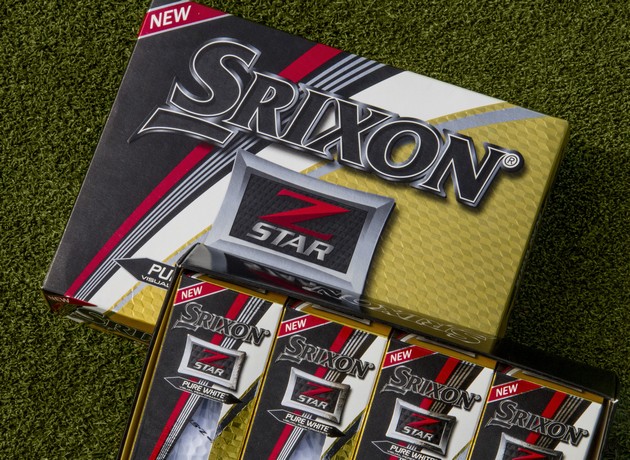 Russell Knox, a two-time PGA TOUR winner in 2015-16 who has amassed over $10 million in career earnings, relies on the exceptional control of the Z-STAR to play with precision: “I attribute much of my recent success to the trust I have in my Z-STAR golf ball,” he said. “I love how this ball feels. It gives me complete confidence in my ability to control the spin on greenside pitches and chips.”

Hideki Matsuyama has trusted a Srixon golf ball since turning professional and he has played some of the best golf of his life since switching to the new Z-STAR XV: “This is a truly reliable ball that delivers more distance than anything I have ever used before, and it has more responsive feel at impact,” he said. “It also has more spin and better feel around the green, and has more consistent spin – especially from the rough. I’m amazed with these significant improvements.” 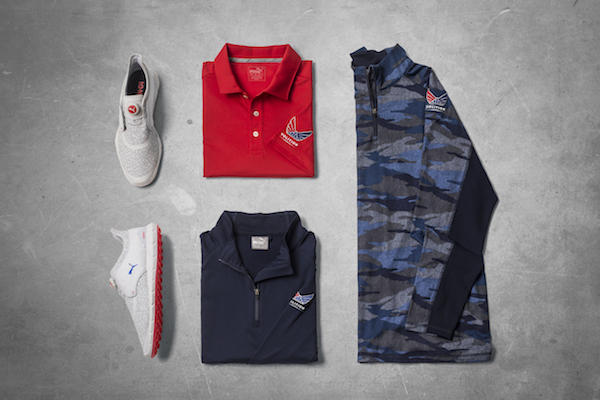 CARLSBAD, Calif. (January 23, 2017) – Today, COBRA PUMA GOLF and Volition America are teaming up to launch the Volition America Golf Collection. Volition America is an organization built on a crusade to promote love of country, inspire people’s decisions and celebrate the power of choice. A portion of the proceeds from the Volition Collection will support the Folds of Honor Foundation, a non-profit dedicated to providing education scholarships to spouses and children of America’s fallen and disabled service-members.

Through this partnership, PUMA Golf will design custom Volition America and PUMA co-branded golf apparel, footwear and accessories with a percentage of proceeds supporting the families of our military heroes through Folds of Honor. The collection will celebrate the red, white and blue in a cool, trendy way, while demonstrating American pride, honor and strength with class and style. Major Rooney will serve as a brand ambassador for the PUMA and Volition collaboration, sporting the apparel at a variety of appearances throughout the year.

“We are honored to have an influential, innovative brand like PUMA Golf and Volition America join us to deliver a golf collection that celebrates American pride. We believe in this collection and the impact it will have on countless lives. Volition is the power of choice. We can choose to pursue our passions and use our talents to make a positive difference in the world,” said Major Rooney. “The team at PUMA is lending their support and talents to create a collection that not only celebrates America and patriotism, but represents choice. Golfers will now have the power to choose clothes, shoes and hats to wear that have a bigger purpose and support Folds of Honor’s mission to provide scholarships to military families.” 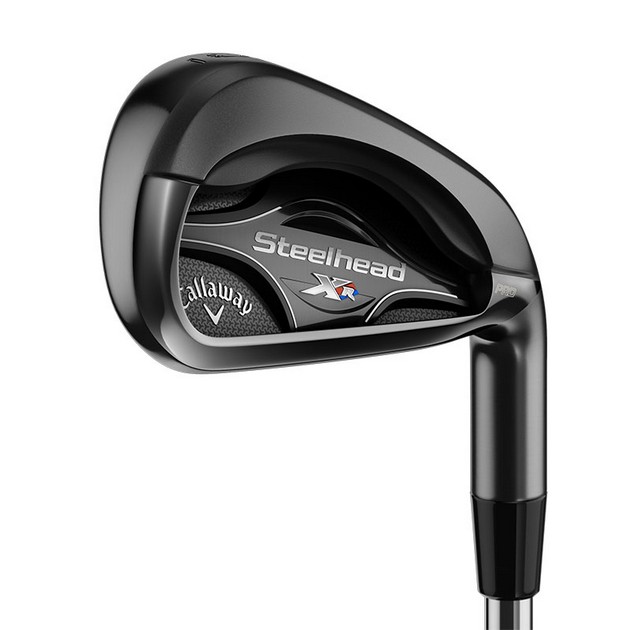 Steelhead Pro Irons are the newest addition to the XR family, and they combine a beautiful compact shape with playability and control in a sleek black PVD finish. The speed and distance of Steelhead Pro Irons are based on our next-generation 360 Face Cup™ technology, which allows the edges of the ultra-thin face to freely flex and release at impact with greater efficiency, adding ball speed that promotes more distance, especially on off-center hits.

More speed and distance on mis-hits is made possible by the modern Hollow Bore-Thru hosel design, which allowed Callaway engineers to remove weight from the hosel and reposition it in strategic areas within the head to: 1) Increase MOI for more forgiveness on mis-hits. 2) Precisely position the CG strategically in the long, middle and short irons. Steelhead Pro long-irons feature a low and far-back CG for consistent playability and long carry. Middle-irons have an exceptionally low and mid-back CG to promote consistent launch and workability. Short-irons have a low and mid CG to make them easier to promote lower, high-spinning shots ideal for attacking the pin.

Great feel and sound come from our new steel-infused polyurethane layer positioned low in the head, behind the lower portion of the face. In addition to absorbing unwanted impact vibration to promote a remarkably satisfying sound and feel at impact, it also helps lower the CG to promote faster ball speed and higher launch characteristics for more distance.

Put it all together and you have a player’s iron that delivers the finest combination of speed, forgiveness, distance and shot-shaping control. For a brand with Callaway’s history of innovation and performance, that’s saying a lot. 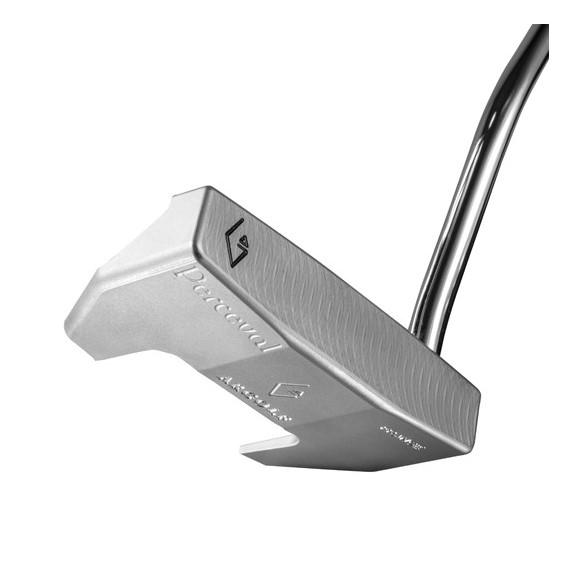 JUPITER, Florida (January 20, 2017) – Argolf USA (argolfusa.com), a line of precision-designed putters, announces the signing of PGA Tour Champions player Rocco Mediate to its professional staff. Mediate, 54, will play an Argolf putter (the Perceval model) in all competitive and U.S. corporate events, and will wear the Argolf logo on his left apparel sleeve.

“We are pleased to name Rocco Mediate to our professional staff,” said Olivier Colas, founder and CEO of Argolf. “He is a very accomplished player who has selected Argolf as his putter of choice.”

Mediate, who turned pro in 1985 and was a six-time PGA Tour winner, has three victories so far on the PGA Tour Champions. His initial Argolf agreement is for two years. 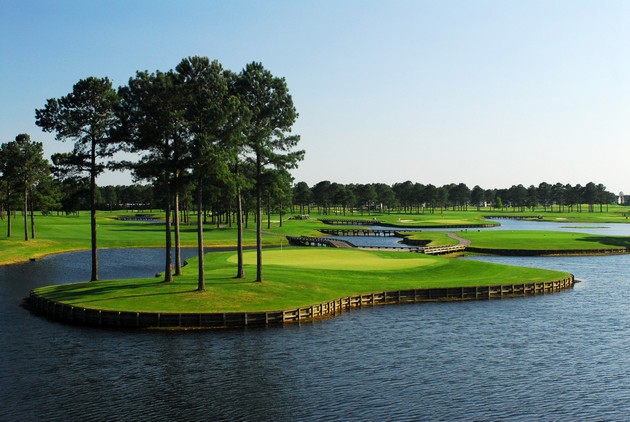 All three Mystical Golf courses are consistently recognized by Golf Channel to be among Myrtle Beach’s “five best courses” and “best values.” The Witch and Man-O-War courses are ranked in the “Top 15 Courses in South Carolina” in Golf Channel’s Golf Advisor rater reviews.

From April 10 – 19, Mystical Golf’s Gold Package over the Easter holidays starts at $119 (per person, per day, taxes included). It includes three rounds with cart on each of the much-admired Mystical Golf layouts (plus one complimentary round), three nights’ lodging in well-appointed three-bedroom villa (four beds), free iHOP breakfast daily (available 24 hours per day), and a gratis steak dinner at Logan’s Roadhouse (includes non-alcoholic beverages, taxes).

Additional package highlights include two free beers and lunch at the course each day, complimentary daily range balls, instant replay round for cart fee only, and $15 gift card toward a golf shirt. Extra night stays are available at a moderate cost per person.

Also offered over Easter week, the Silver Package starts at $109 (per person, per day, taxes included) and features all the components of the Gold Package except the complimentary round, daily breakfast and steak dinner. Both stay-and-plays offer one complimentary golfer for booked groups of 20 or more players.

“Just like Augusta National during the Masters week, April also offers glorious golf weather here in Myrtle Beach,” says Claude Pardue, President and CEO. “Our golf packages are widely known as the best in the U.S. and we offer three courses that are magnificent to play in the spring.”

Mystical Golf’s three layouts are highlighted by wonderfully fun elements including the only back-to-back island greens in the game (Man-O-War), a front nine of dramatic holes weaving through secluded swampland teeming with wildlife (The Witch), and a splendid layout reminiscent of Scotland and Ireland’s classic courses complete with authentic sod-faced bunkering and castle-style clubhouse (The Wizard).

Man-O-War’s 15th hole ranks among GOLF Magazine’s “Five Most Memorable Island Greens” alongside No. 17 at TPC Sawgrass, the “Alcatraz” hole at PGA West’s Stadium Course and Coeur d’Alene Resort’s movable, floating putting surface. The Witch is praised by PGA.com for presenting one of America’s “great ninth holes” and The Wizard has earned 4-1/2 stars from Golf Digest.