(LONDONDERRY, NH) – Danish company ECCO – a leading manufacturer of innovative footwear – announces the extension of its endorsement agreement with Graeme McDowell, who will continue to showcase the company logo on his headwear and compete in its award-winning golf shoes on the PGA and European Tours.

“For a long time on Tour I’ve been wearing the World Class style which is quite traditional and goes great with a pair of classic-looking trousers,” says McDowell. “But for casual rounds at Lake Nona or even hanging out at Nona Blue it’s been BIOM Hybrid all the way and I may just choose those to go with some new outfits for next season.”

One of the world’s most popular players, McDowell made history in 2010 when he became the first European in 40 years to win the U.S. Open Championship. That same season, he rose to further global prominence by securing the winning point for the European Ryder Cup team, and capturing titles at the Chevron World Challenge, Celtic Manor Wales Open and Andalucia Valderrama Masters.

“Graeme’s one of those rare players that nearly everyone admires, which obviously helps make him a tremendous ambassador for our brand,” says Jesper Thuen, Global Sponsorship, PR & Event Manager – ECCO Golf. “His short game is so exceptional and he’s just coming into his prime, which is why we look forward to seeing him hoist trophies in ECCO for many years to come.”

Updated for 2014, the World Class is a traditionally-styled luxury shoe handmade in Portugal by a team of artisans working with the finest materials. It features an outsole combining water-repellant leather with cushioning PU and wear-resistant TPU. The classic brogue upper is crafted from leathers that are tanned using an exclusive HYDROMAX™ treatment. This ensures long-lasting suppleness while helping protect a player’s feet against even the harshest weather. 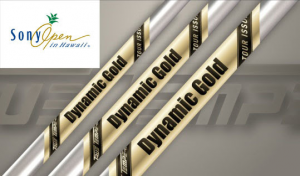 Dynamic Gold is Two for Two in Hawaii

For the second straight week in Hawaii, the winner on the PGA TOUR trusted his short game to Dynamic Gold.
This week’s champion at the Sony Open in Honolulu scored his second PGA TOUR career win with a one-shot victory for a final score of 17-under 263. In the final round, his three straight birdies with Dynamic Gold helped him fend off three other players in serious contention for the win.
“The final round at the Sony Open was filled with twists and turns as we watched four players battle it out to the very end,” said Scott Hennessy, president and CEO of True Temper Sports. “Dynamic Gold once again proved to be the winning difference as the winner shot an incredible 12-foot par on 17, a 15-foot birdie on 15 and then a 7-foot putt on 16 for another birdie in the final round. We are celebrating these back-to-back Dynamic Gold wins in Hawaii here at True Temper headquarters, and we look forward to more as the season continues.”
Truth in Numbers 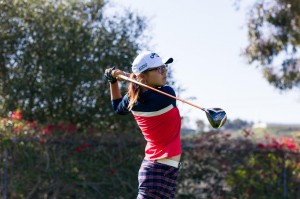 “Lydia is an exceptional talent and a great addition to our staff,” said Nick Raffaele, VP, Sports Marketing, Callaway Golf. “Last year we had several Pros win after successfully transitioning into our products and we’re excited to see what Lydia can accomplish on the LPGA with the world’s best clubs, balls and putter in the bag.”

Ko’s on-course ability is undeniable, and off-course she connects candidly and directly with fans through digital channels and social media. This combination of high performance and authentic engagement is a key part of the endorsement partnership.

“Lydia is digitally connected with golf enthusiasts across the world,” said Harry Arnett, SVP, Marketing, Callaway Golf. “Her meaningful participation in the fast, interconnected network of golf makes her an exciting fit for our strategic objectives.”

Fujikura will introduce several new products at the PGA Show and will be offering a Limited Edition Speeder757 shaft as a show special for Fujikura dealers only. “We strive to show our dealers that we are always thinking of their best interest, so a limited edition of the #1 shaft available right now seemed very fitting,” Schnider said.

Fujikura can be found at the show in the following locations:
Demo Day #7 Tee Box
At the PGA Show inside the Convention center in Room # w205A
At the ETC Bay #17 all days of the show.

“We encourage anyone attending the show to come out and see us. We have a lot of surprises planned for our customers and ‘Fujikura Loyalists’ as we like to call them. We are promising nothing but some incredible product and a lot of fun. Stated Stephanie Hartgraves, Marketing Manager Fujikura.

The demand for Fujikura golf shafts has increased tremendously this past year with the news of the iconic Speeder757 being enhanced and re-launching as the Fujikura Motore Speeder 757.