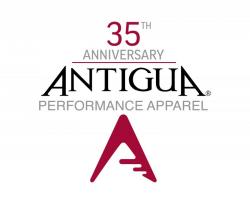 Antigua Announces Its 2014 Team On Tour

PEORIA, ARIZ. -The Antigua Group, Inc.-one of the nation’s leading designers and marketers of lifestyle apparel under the distinguished Antigua brand has announced its Tour Team for year 2014.

“We are very proud to have so many fine people wearing our clothing on these tours,” said Ron McPherson, President and CEO of The Antigua Group. “2014 promises to be a very exciting year on tour for the Antigua brand.”

(SCOTTSDALE, AZ) – Boccieri Golf – maker of the Tour-proven Heavy Putter – announces that its new Extended Length (EL) Series has been named to the prestigious Golf Digest “Hot List” for 2014.

Determined by an independent panel of testers, this honor specifically recognizes the EL Series in the areas of “performance” and “innovation.” Available in 21 different models, the putter offers a true alternative to anchoring by combining a longer than standard shaft – designed to extend beyond the hands – with the company’s patented, Tour-proven weighting system. This features a heavier mass head and counter balance under the grip.

“We’ve been proclaiming the immense benefits of counter balancing for more than a decade and the industry’s finally coming around to the fact that it creates superior performance,” Stephen Boccieri, President and CEO of Boccieri Golf. “One reason belly putters became popular was because weight from the grip and shaft materials created a natural counter balance, but with the Heavy Putter players can achieve the same performance using a totally conforming club.”

Each EL Series putter includes a strategically positioned 175-gram counterweight, which dramatically raises the putter’s balance point. This creates the industry’s highest MOI and delivers unmatched stability and consistency. As a result, the EL Series is equally suited to players who prefer regular length putters and those relying on belly or long models.

The annual Golf Digest “Hot List” list showcases equipment that has received the best reviews from the magazine’s testers. A year-long process that begins with hundreds of clubs, the list is systematically reduced to the top performers.

“The weighting makes sense. It feels soft at impact, but it’s not muddled.”
“It offers a ton of useful feedback. You know exactly where it’ll go the moment you hit it.”

“I can feel the consistency of the weight throughout the putter, no matter where I hit it.”

The line was also praised for its unique weighting system, which features three distinct categories to suit all preferences – LITE (840 grams), MID (865 grams) and HEAVY (930 grams). This stands in stark contrast to competing brands that offer only one or two models with longer shafts.

As with all Heavy Putter models, the extra weight of the EL Series engages the body’s larger, more stable muscles to promote greater control with each stroke. Available in 36, 38 and 40-inch lengths, the EL Series is carried at leading retailers nationwide.

5 Playes To Watch At Pebble Beach

This week makes for arguably the most jarring transition between two events anywhere on the PGA Tour – from the Waste Management Phoenix Open’s rowdy party in the desert to the spectacular scenery and spiritual serenity of the AT&T Pebble Beach National Pro-Am. There is one similarity between these two disparate PGA Tour stops, though. To succeed, you must embrace the concept.

At Phoenix, that means dealing with the festival-like atmosphere – and that gladiatorial arena known as the 16th hole. At Pebble, it means dealing with the celebrities and amateurs – who make the event so special but nonetheless can really slow the proceedings down – along with the often damp and chilly conditions. (In fact, the highs for the four days of play are predicted to be 57, 59, 60 and 60, with a good chance of rain every day but Friday.
So given all this, who’s worth keeping an eye on? Here are five:
5. Jimmy Walker
Best finish in 2013-14 seasons: Won 2013 Frys.com Open and 2014 Sony Open
Reason to watch: Walker missed the cut at Torrey Pines, but has otherwise been red-hot since the beginning of the new wraparound season last fall. How hot? He already has two victories, and is atop both the money list and the FedExCup points chart. Both those titles came virtue of his putting, and mastering the tricky winter greens on the Monterey Peninsula is a big key to success.
4. John Daly
Best finish in 2013-14 seasons: Tied for 32nd in the 2014 Sony Open in Hawaii.
Reason to watch: Those pants! Also, the blond bomber is showing signs of recapturing his long-lost form as he continues to recover from last summer’s elbow surgery. His tie for 32nd at Sony last month was his best showing on the PGA Tour in more than a year, and he opened both the recent Qatar Masters and BMW Masters on the European Tour strongly before falling back. As always, Big John is capable of carding some big figures, and his recent record at Pebble is poor, but he’s still a fan favorite and a strong showing could give him and his legions of loyalists a big boost.
3. Dustin Johnson
Best finish in 2013-14 seasons: Won the 2013 HSBC Champions and the 2013 Hyundai Tournament of Champions
Reason to watch: Johnson missed the cut at Pebble for the first time last year, but in his previous starts he won in both 2009 and 2010, tied for fifth in 2012, tied for seventh in 2008, and tied for 55th in 2011. DJ is always worth watching, just to see him bust those drives a country mile. But he and Pebble obviously get along, and his laid-back persona is perfect for this celebrity-filled shindig. Even better, his celebrity partner is his friend and future father-in-law Wayne Gretzky.
2. Phil Mickelson
Best finish in 2013-14 seasons: Won the 2013 British Open and the 2013 Waste Management Phoenix Open.
Reason to watch: In almost any tournament, who’s more worth watching than Phil the Thrill? He’s been his usual roller-coaster self so far in 2014, but owns a stellar track record at Pebble Beach, where he’s won three times in the last decade. Mickelson has been mediocre, stats-wise, so far this season, but he’s 20th in birdies, which only confirms his ability to conjure up something from nothing at almost any time.
1. Graeme McDowell
Best finish in 2013-14 seasons: Won the 2013 RBC Heritage
Reason to watch: Surprisingly, this marks McDowell’s return to Pebble Beach for the first time since he won the U.S. Open there in 2010. This is also his first start anywhere since early December. Expect some rust on the Northern Irishman – especially after his sluggish second half of 2013, his engagement and the opening of his restaurant in Orlando. Picking G-Mac to win seems a stretch, but it should be satisfying to see him soak up the Monterey Peninsula atmosphere in a much less pressurized situation than the last time.
To read the full story, click HERE.
The following two tabs change content below.