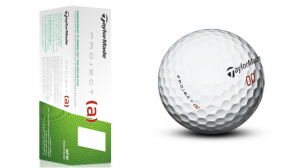 CARLSBAD, Calif. (February 3, 2014) – TaylorMade Golf Company today announced PROJECT (a), a golf ball engineered to promote more spin and improved performance where amateurs need it most, into and around the green.

The “a” in Project (a) stands for “amateur,” and the reason for its creation is simple: Amateur golfers generate less spin than Tour professionals. Project (a) is designed to deliver more spin on mid irons, short irons and shots around the green; resulting in enhanced control and increased scoring opportunities.

“Having gathered data from many player types including Tour pros, it’s no secret that amateurs need help generating spin and stopping the ball on the green,” said Dean Snell, vice president of golf ball R&D. “Our tests indicate that amateurs miss the pin by an average of 35 yards on a 150 yard approach shot. Playing Project (a) gives amateur golfers a better chance at stopping the ball on the green, creating better scoring opportunities.”

In addition to delivering excellent spin performance, the Soft Tech cover also provides an even softer feel around the greens than previous TaylorMade offerings. The ball’s durability provides higher resistance to shearing.

While Project (a) spins with great veracity on shots into the green, it’s also engineered to spin low off the driver to promote longer and straighter drives.

Project (a) also incorporates additional TaylorMade patented and proven technologies, including:
•         REACT™ Core for greater ball speed on all shots for increased distance.

•         Spin Mantle™ designed to deliver precise and consistent spin rates on given shots throughout the bag.

Project (a) is available now at retail for $31.99 per dozen. For more information, please visit www.taylormadegolf.com

According to Katz Murai, General Manager, IOMIC USA, “We are excited to announce our first two victories of 2014 and we congratulate the winners on their exceptional performances. We appreciate the support of all the professionals who use our grips and we look forward to continued success this year.”

The winner of the Humana Challenge shot three straight 9-under 63s and a 1-under 71 on the final day to finish at 28-under 260 and win by two strokes. He moved up nearly 100 spots to land in the No. 8 spot in the FedExCup standings and locked up a spot next month in the 64-man World Golf Championships-Accenture Match Play Championship field. The second place finisher made a 15-foot eagle putt on the final hole for a 63 and a 26-under 258 total. Both players used IOMIC Standard Size Putter Grips.

The winner of the season-opening, Pure Silk-Bahamas LPGA Classic made an up-and-down on the 18th hole for birdie to claim her second LPGA Tour career title by one stroke. She shot a 19-under 273 including a final round 66. She used an IOMIC Standard Putter Grip.

The IOMIC Putter Grip features an ergonomic design that provides the feel and control necessary to inspire confidence during every putting stroke. It is available in standard and mid-size with nine bold colors to choose from.

Added Murai, “These victories are a great way to start the year after a successful 2013 where 53 professionals on worldwide Tours won using our grips. We look forward to working with more Tour professionals in 2014 and giving them the tools they need to be successful.”

All IOMIC grips feature the revolutionary “IOMAX” technology, a proprietary compound that provides a soft feel with control. This material provides adhesiveness, is water and friction resistant and is naturally white in color which allows for a full spectrum of color – IOMIC’s signature trait. 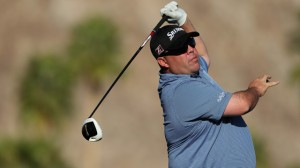 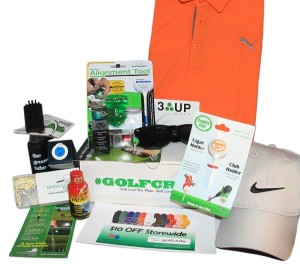 Enter to win a FREE 6 MONTH SUBSCRIPTION FROM GOLF CRATE AND GET A NEW GOLF PACKAGE IN THE MAIL EVERY MONTH.

Sweepstakes will end on February 9, 2014 at 5PM Pacific Standard Time