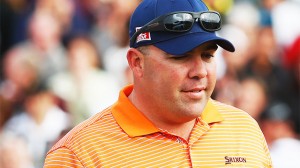 SCOTTSDALE, Ariz. — Kevin Stadler won the Phoenix Open on Sunday for his first PGA Tour title when playing partner Bubba Watson missed a 5-footer for par on the final hole.

Stadler, the 33-year-old son of PGA Tour winner Craig Stadler, closed with a 3-under 68 for a one-stroke victory over Watson and Canadian Graham DeLaet.

Stadler won in his 239th PGA Tour start, earning a spot in the Masters — a tournament his father won in 1982. The Stadlers are the ninth father-son winners in tour history.

Stadler finished at 16-under 268 at TPC Scottsdale, his home course. Raised in Colorado, he played in Denver Broncos colors, wearing an orange shirt and blue pants and hat.

After Stadler and Watson each saved par after hitting into the water on the par-5 15th, Stadler tied Watson for the lead with a par on the par-3 16th hole. Watson hit into the front left bunker on the stadium hole and his 6-footer for par slid by the left side.

They each two-putted for birdie from 90 feet — Watson holing out from 18 feet and Stadler from 5 — after driving the green on the 347-yard hole.

Gallacher fought back after four bogeys over his opening eight left him in a five-way tie for the lead after 11 holes.

He won the 25-year-old tournament with an overall 16-under 272 for only his third victory in 18 years and 431 events on the European Tour.

Grillo secured his best Tour finish with an overall 15-under 273 when he eagled the last hole for a round of 66.

Frenchman Romain Wattel also shot a 66, including birdies on the last two holes, to finish tied in third on 14-under 274 with Brooks Koepka (70) of the United States.

Rory McIlroy struggled with a 74 to finish tied for ninth while top-ranked Tiger Woods (71) birdied his closing three holes for a share of 41st with a 6-under 282. 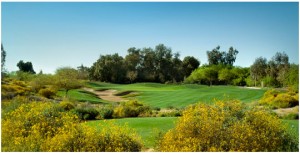 ARIZONA DEAL
The Legacy Golf Club in Phoenix, Arizona
One round of golf w/cart and a bucket of balls for $39.00

CALIFORNIA DEAL
California Oaks Golf Course in Murrieta, California
One round of golf w/cart, 3 ball sleeve, and a 2 for 1 bounce back voucher for $29.00 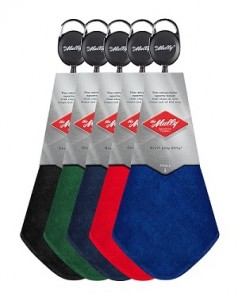 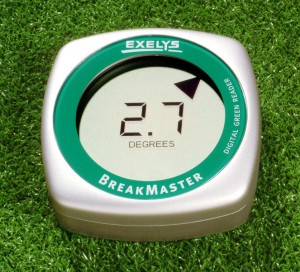