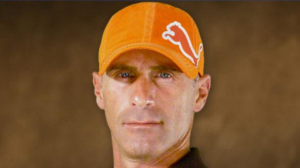 “Joey D is a great representation of the COBRA PUMA GOLF brand,” said Bob Philion, president of COBRA PUMA GOLF. “His approach to fitness training and passion for the game mirrors our mantra of Game Enjoyment. He’s helping golfers of all levels play their best and have fun while doing it.”

“I’m very proud to be working with the team at COBRA PUMA GOLF,” said Joey D. “The brand is fun, innovative and doing some great things in the golf space. Game improvement has always been my passion, and I am excited to work together to help golfers Look Better, Feel Better and Play Better.”

As part of the agreement, CPG will utilize the Joey D Golf Performance Center in Jupiter, Fl., for a variety of upcoming projects including testing its new GEARS system, a 3D-viewing technology designed to analyze a golfer’s swing and club statistics. Coach Joey D will also share his CPG apparel, footwear and product experiences on his social channels.

To view a couple fitness segments with Joey D, click HERE or HERE. 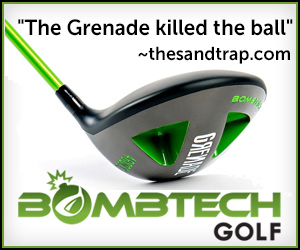 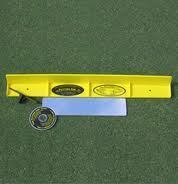 SHANNON, MS-A new MS-3D model of the popular Putting Arc will soon be available and it is already receiving great reviews from teaching professionals who have used other models of the training aid in the past.

“It will have all the features of the Deluxe H/D at a much lower price point as well as the lighter weight, waterproof, durability and travel-ability advantages of the MSIII,” said Dave Hamilton, President of the Putting Arc. “The new MS-3Ds will be produced in the original flat black color of the first MSIIIs. This color creates much less glare in the sunlight. Many of these black MSIIIs are still seen on the practice greens at PGA Tour events even though the black ones have not been made for seven years.

“The new MS-3D will also have a feature requested by many of the top instructors who have given us their feedback–a fully adjustable, high quality, impact resistant mirror. This mirror will work for the original heel arc as well as the newer toe arc, and can easily be adjusted to check shoulder alignment and head movement during the practice stroke. For the first time, all of these important putting basics can be checked while making the pure, on-plane putting stroke used by a majority of the top touring pros.”

Hamilton says the name MS-3D is a perfect fit for two reasons:

“First, the actual surface of the Putting Arc is a three dimensional representation of the putter heel or toe path as it travels back and forth on an inclined plane. This plane was determined by the formula found on the top of every Putting Arc and we’ve found that golfers of all sizes have had success with the design measurements used to shape the Putting Arc.

“The vertical surface of the Putting Arc is the vertical extrusion of the putter path on this inclined plane, projected onto the ground. The formula for this arc was first developed by Apollonius of Perga some 2,200 years ago, and this math still works today as evidenced by the more than 1,200 professional wins since 2003 and the nine professional major wins by known users in 2013. Also, the PGA Tour’s all-time scoring record, which still stands today, was set by a golfer who used the Original Deluxe Putting Arc for only two weeks, then made every putt within seven feet and 58 of 60 putts inside 10 feet and under.

“Second, the new name also reflects the addition of the toe arc and the mirror to the original heel arc. So the MS-3D works on three different levels. The toe arc and the mirror allow the golfer to balance his or her stroke and not build any kind of radial force into the putting stroke, and to learn and constantly monitor shoulder position and head stability.”

Hamilton adds the “Bridge Drill” of co-inventor V.J. Trolio is still the best practice drill, since it is a non-contact drill with immediate feedback when the putting stroke is even slightly off.  Any of the older models can be used with this drill.

“I’m happy to announce the MS-3D will be made in the USA,” Hamilton added. “It will not make any of the existing Putting Arcs obsolete, but instead will make them more useful. It will replace the Deluxe and MSIII models.” 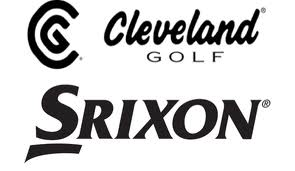 HUNTINGTON BEACH, CA – February 26, 2014 – Cleveland® Golf /Srixon® / XXIO® are extremely pleased to announce their partnership with the 2014 Desert Smash, which is celebrating the 10th anniversary of their Desert Showdown Charity Golf and Tennis Event.

Hosted by Will Ferrell, and held at the world famous La Quinta Resort & Club, the event has expanded to two days this year to include “The Will Powered Golf Classic”, a golf tournament unlike any other, exclusive post-round cocktail reception and celebrity entertainment.

Leading into the neighboring BNP Paribas Open, the two-day event will benefit Cancer for College, a 501c3, non-profit organization that provides college scholarships for cancer survivors. Since 1993, the charity has granted nearly $2 million to more than 1,000 cancer survivors.

“We’re thrilled to be participating in the 2014 Desert Smash benefiting the Cancer for College Foundation,” said Todd Harman, President of Cleveland® Golf /Srixon® / XXIO® – U.S.A. “Cancer has touched the lives of almost all those around us.  To have the opportunity to partner with Cancer for College and help youth achieve their educational goals is an absolute privilege.”

To kick off the event on Monday, March 3, 2014, “The 21st Annual Will Powered Golf Classic” will take place at the renowned Bighorn Golf Club in Palm Desert, CA. The tournament will be played in a shamble format with planned ceremonial tee off at 12 noon featuring Ferrell and Cancer for College Founder Craig Pollard. Following the golf, there will be a private evening reception with hosted bar and hors d’oeuvres at the gorgeous Big Horn Golf Club pool area adjacent to the clubhouse.

March 4th, 2014, marks Day 2 and the 10th Anniversary of the Desert Smash, and tennis portion of the Showdown. The day kicks off with The Desert Smash Pro/Celebrity-Am Tennis Tournament, where donating amateurs pay to play with celebrity players and WTA/ATP Tour Pros. Following the Pro/Celebrity-Am Tournament, the fan favorite, Pro-Tennis Exhibition will kick off at 2:15pm on La Quinta’s intimate Stadium Court. This sell-out event, is notorious for bringing together some of the world’s best professional tennis players with some of Hollywood’s biggest stars for fun, entertaining tennis in addition to several exciting live auction items auctioned off with the help of the players.

Ferrell’s reasoning for his involvement in the Smash: “Cancer for College is an amazing cause. To see these cancer survivors realize their dream of a college education is inspiring. You know what else is inspiring? Me embarrassing Kevin Spacey on a tennis court in front of a thousand people. Those Academy Awards aren’t going to help him one bit when I’m raining fire on him from the baseline. It’s going to be a sight to behold. If an exhibition of pure athletic prowess does not make you want to give to this great cause, I don’t know what will.”

Kevin Spacey will definitely be bringing the heat to the desert, having been training for months with premier coaches for his Pro/Celeb match against Ferrell. He sounds off taunting, “Will, I have long admired you, as I hope you know; but there will be no mercy in Palm Springs. I have taken this assignment like the greatest method actor who ever walked the face of the boards of the most inspired playhouse of all time… Za Actor’s Studio (and not just Inside but Outside too!) I’m ready, excited and very, very pumped to head out on the court and KILL YOU AT THE NET!!!!!”

Capping off an epic two days of fundraising and tennis, the celebration will continue into the night with the 10th Anniversary Desert Smash Player Party, which will give supporters and attendees the chance to rub elbows with both Hollywood celebrities and tennis stars while supporting Cancer for College through an exciting live auction all the while enjoying cocktails, a fun selection of food and a surprise live musical performance from award winning artist Nelly with special guests Boyz II Men. The concert will be held at the Agua Caliente Casino. Tickets are available through www.willferrelldesertshowdown.com.

Ferrell notes: “This event is going to be huge. I believe, between the golf and tennis alone, we’re expecting over 12 million people at the Desert Showdown this year. It might be a record for attendance. It’s gonna make Coachella look like a pancake breakfast. Look, I’m not going to sugarcoat it. It’s going to be a lot of work, but there’s nothing easy about cancer. It can devastate a family physically, emotionally and financially. It’s what makes Cancer for College so important. They make a college education a reality for these survivors who have been through so much. Helping these families after all they have been through is the absolute least we can do. 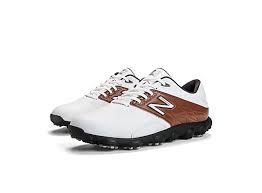 “At only 7.3 ounces, the Minimus Sport golf shoe is one of the lightest in the industry,” said Carey Langley, product director, New Balance Golf. “Both golf shoes are built on the same 4mm drop last used in other Minimus running and training shoes. This provides a lower heel stack height resulting in your feet being lower to the ground. The Sport has a mesh upper making it a little lighter than the LX which is a full-grain waterproof leather upper. Golfers will find the Sport and LX deliver the comfort, fit and performance features that they enjoy from New Balance footwear.”