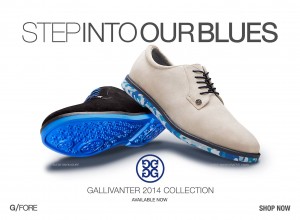 G/FORE is adding to their successful lines of shoes with two new colorways: Onyx and Graffiti Camo.

Both are available now at www.GFore.com 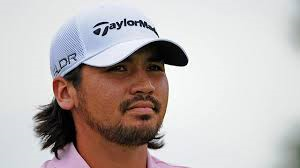 CARLSBAD, Calif. (February 23, 2014) – It began with 64 of the world’s best players. After 63 matches, TaylorMade-adidas Golf Tour Staff professional Jason Day (@JDayGolf) emerged on top, winning the WGC-Accenture Match Play Championship after a 1 UP victory in 23 holes in the electrifying championship match.

Playing his best golf of the young season, Day attacked the 7,800+ yard layout with long drives off the tee with the SLDR Driver and was brilliant around the greens, making critical putts in pressure situations all week with his Ghost Tour Monte Carlo prototype putter. He also gamed the new Tour Preferred MC irons and Tour Preferred X golf ball while wearing adidas Golf puremotion apparel and the new adizero one footwear throughout the tournament. At 9.6 ounces, the adizero one is the lightest cleated performance golf shoe in the adidas Golf footwear collection.
Now owning an impressive 14-3 career match play record at the event, the win is Day’s second PGA TOUR victory and his 2nd worldwide win in the last 3 months, having previously won the 2013 ISPS Handa World Cup in November.

Also with the victory, Day improves to 11th in the FedExCup standings and 4th in the Official World Golf Ranking, his highest-ever ranking as a PGA TOUR professional. 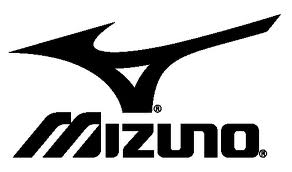 AVERAGE “JOES” FROM COLORADO AND SOUTH CAROLINA GET AFTER IT, EARNING THE RIGHT TO “PLAY FAMOUSLY” IN 2014 MIZUNO GOLF CAMPAIGN

Norcross, Ga. (February 24, 2014) – For millions, golf serves as a sanctuary from life’s daily demands and pressures. However, the impact and influence of golf on two amateurs is literally life changing. Today, Mizuno Golf announced the first two members of its 2014 “Team JPX” roster of inspirational, “game-improvement” amateur players, both of whom will be featured in national advertising in the second year of the popular Mizuno “Play Famously” campaign.

Jeremy Thee and Tony Taylor, from Denver, Colo. and Myrtle Beach, S.C. respectively, are the first two members of the 2014 “Team JPX” who were selected from a pool of more than 1,000 candidates within a “casting call” process led by Golf Digest via its popular GolfWRX online forum. The casting call was designed to identify the first two members of Mizuno’s 2014 “Team JPX.” The duo will also be the stories leading the campaign’s national advertising, designed to showcase the life-changing, transformative power of the game. The “Play Famously” experience began immediately for Thee and Taylor with a national advertising shoot experience to create campaign print and video elements for leading golf magazines and websites. The videos capturing Thee and Taylor’s personal stories were released in tandem with the formal announcement.

For Thee, who lives with paralysis in his right leg as a result of polio contracted as an infant, golf provides an invaluable physical and emotional outlet where he can experience the intensity of competition on a truly level playing field. The Denver resident found that much like life, golf provides several difficult challenges, but it’s overcoming those challenges that makes the game so great and the key reason his love for the game is unmatched by any other activity in his life. Thee is a husband and proud father of a seven-month-old daughter.

“Golf has provided me a physical and emotional sanctuary where everyone is judged on an equal playing field and my passion for the game shines through more than my physical limitations,” said Thee. “Mizuno has provided me with an unbelievable opportunity and I cannot believe I’ll be playing in the JPX Invitational in September.”

After three tours of duty in Iraq and Afghanistan, Taylor faced high levels of anxiety causing undue stress on himself and his family. Golf became an island of solace for Taylor in coping with these issues brought on by his time at war. The game became therapeutic for Taylor, providing him camaraderie similar to the Marine Corps, while assimilating him back into everyday society. In Taylor’s eyes, golf is an art form that helped shape his career aspirations of working toward a degree in Turfgrass Management in hopes of one day becoming a golf-course superintendent.

“My involvement in the game of golf has provided a therapeutic outlet and a constructive obsession in my transition home from combat. The challenges of the game and the camaraderie amongst friends have been key tools in my recovery and my ability to become not only a better person but also a better husband and father as well,” said Taylor. “Mizuno’s appreciation for the average golfer and our inspiring reasons for playing the game really connected with me, I’m ecstatic to be apart of Team JPX.”

The initial members of “Team JPX” will be outfitted from head to toe with Mizuno gear and apparel, including the new JPX EZ irons, and will begin their personal game-improvement journeys in preparation for competition at the 2nd annual JPX Invitational in Atlanta in August.

“The stories of Jeremy and Tony are just the start of many stories of triumph to come with this year’s Play Famously campaign,” said Dick Lyons, Vice President and General Manager, Golf and Team Sports Division for Mizuno USA. “These stories of perseverance serve as inspiration for us and we are proud to call both men Mizuno Ambassadors and members of “Team JPX.” In the coming months, we are excited to watch their journey unfold as they hone their golf skills for the JPX Invitational later this year.”

The remaining 10 members of “Team JPX” will be selected through an online contest at www.playfamously.com where golfers are encouraged to try the new JPX EZ irons at a participating retailer and provide their feedback on the new game-improvement irons along with their submission of a short essay, photos and/or videos. The submissions should demonstrate their passion for golf and a specific challenge that golf has helped, or is helping them overcome in their lives. The next two coveted spots on “Team JPX” will be announced Friday, March 21, 2014.

Center of the Play Famously campaign is the newest addition to the JPX line of game-improvement irons, the JPX EZ. The line establishes an entirely new standard for forgiveness with proven sweet spot 83 percent bigger than TaylorMade Rocketbladez and more than 50 percent larger than Ping G25 and Callaway X-Hot. JPX EZ utilizes an ultra-thin, Hot Metal face that delivers an enhanced ‘trampoline effect’ for the extra distance all players desire.

To see how the JPX EZ irons stack up against the competition and submit to become one of the newest members of Team JPX, visit www.playfamously.com.