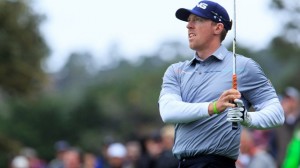 At Rivera Country Club, there is no ”party hole” like the par-3 16th at the Waste Management Phoenix Open. Nor are there ocean vistas like at Pebble Beach, or wide-open spaces like the Hyundai Tournament of Champions or the Humana Challenge. No, at Riviera, everything you want to see can be found between the cart paths.

The challenge at Riviera is as much mental as it is physical at this classic layout that wends its way through the Santa Monica Canyon just off Sunset Boulevard. The fairways are narrow – and, thanks to California’s dry winter, tougher to hit than ever – while the greens are compact and challenging. That makes Riviera more of a player’s course than a bomber’s course, not to mention arguably the best pure layout on the West Coast Swing.

So, given all that, who’s worth keeping an eye on? Here are five.

5. Graham DeLaet
Best finish in 2013-14 season: Tied for second at the 2014 Farmers Insurance Open and the Waste Management Phoenix Open
Reason to watch: Who’s the best player not to win a tournament so far in the 2013-14 wraparound season? If you go by results alone, it just might be this lanky Canadian with the eye-popping Puma Golf wardrobe. Since missing the cut in Las Vegas last fall, DeLaet has chalked up four straight top-10 finishes, the last two of which were ties for second. His biggest concern this week will be keeping the ball in play with his sometimes wayward driver.

4. Justin Rose
Best finish in 2013-14 season: Fifth at the 2013 WGC-HSC Champions
Reason to watch: The reigning U.S. Open champion is the last big-name player to get cranked up for the 2014 season – this is his first start anywhere since the Nedbank Challenge in South Africa in mid-December. Rose has been skipping most of the West Coast Swing for the last several years, but the classic Riviera layout suits his tee-to-green game (he was fourth in total driving on the PGA Tour last year and ninth in greens in regulation). Rose has been posting photos of himself hard at work in the Bahamas in recent days, so he might not be as rusty as it would otherwise seem.

2. Jordan Spieth
Best finish in 2013-14 season: Second at the 2014 Hyundai Tournament of Champions
Reason to watch: Spieth was tied with Walker after 36 holes at Pebble Beach last week, then got the worst of the weather on Saturday and fell off the pace. If not for that, and given the way Walker struggled on Sunday, he just might be rolling into Riviera with a pair of PGA Tour titles in his pocket. Also, while this is Spieth’s Northern Trust Open debut, his Texas Longhorns won the NCAA Championship there in the summer of 2012, so he already has good feelings about the place.

1. Hunter Mahan
Best finish in 2013-14 season: Tied for fourth at the 2014 Waste Management Phoenix Open
Reason to watch: If Hunter Mahan was a stock, he’d be rated a ”buy” because he’s definitely trending in the right direction. In his last three starts, he finished 47th at Torrey Pines, tied for fourth in Phoenix and sixth at Pebble Beach. You want more? How about this: In his last four starts at Riviera, he tied for 64th in 2010, tied for 55th in 2011, tied for 24th in 2012 and tied for eighth last year – that’s the kind of trendline stock pickers love to see. Mahan’s precise ball-striking, like Rose’s, is made for this West Coast version of Hogan’s Alley, and it’s no surprise that this Californian-turned-Texan thrives there. 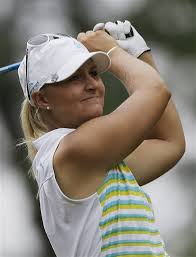 Carlsbad, Calif. (February 11, 2014) – TaylorMade-adidas Golf Company, the largest and most profitable golf manufacturer of equipment, apparel and footwear, has announced the addition of LPGA Tour player Anna Nordqvist as an LPGA TOUR staff professional and brand ambassador.
Nordqvist, a two-time winner on the LPGA Tour and winner of the 2009 LPGA Championship, will play TaylorMade metalwoods and irons and will wear adidas Golf apparel and footwear per her new contract.

The 26-year-old Swede turned professional in 2008 following a successful amateur career in both Europe and the United States which included Swedish Junior Player of the Year honors in 2004 and 2005, Pacific Athletic Conference (Pac-10) Player of the Year and co-champion honors in 2007, as well as membership on the victorious Swedish team at the 2008 World Amateur Team Championships.

In 2013, Nordqvist made the cut in all 26 LPGA events she entered, earning five top-10 finishes along the way. She competed in the Solheim Cup for the third time in her career (’09, ’11), where she finished with a 2-1-1 record for the victorious European Team and carded the first hole-in-one in Solheim Cup history.

“We are thrilled to welcome Anna into the TaylorMade-adidas Golf family as a member of our tour staff,” said Chuck Presto, Senior Vice President, Global Sports Marketing. “She’s an established and well-respected professional on the LPGA Tour that we’re proud to have representing our two brands in competition.” 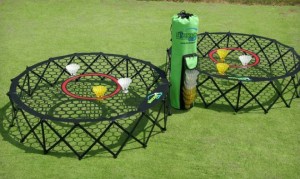 Enter To Win A Great Prize With More Golf Today!!!

Sweepstakes will end on February 23, 2014 at 5PM Pacific Standard Time.