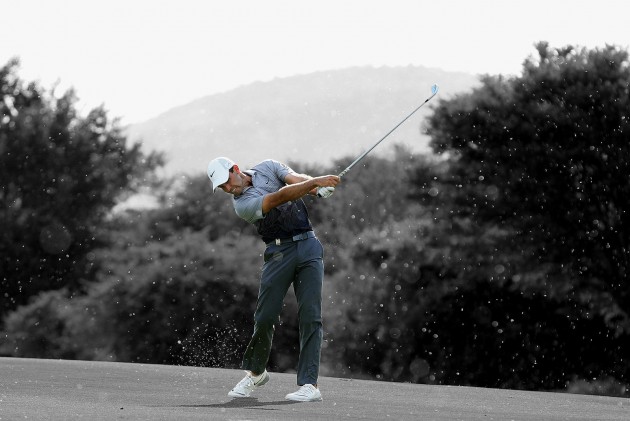 Nike athlete Charl Schwartzel held his nerve to record a four-shot victory at the Alfred Dunhill Championship in his native South Africa.

The win was the second in as many weeks on The European Tour for a Nike athlete wearing the new Nike Lunar Control 4 and relying on a Nike RZN Prototype golf ball and Nike Vapor Prototype driver, following four-time Major champion Rory McIlroy’s season-ending triumph at the DP World Tour Championship in Dubai the previous week.

The new footwear provides golf athletes a stable platform off which to base their swing, helping to generate power and control from the ground up. The tongue has been redesigned to wrap ergonomically around the ankle and provide a natural break when walking, and the athletic design of the Nike Lunar Control 4 is highlighted by a Swoosh logo on the vamp, an iconic aesthetic most familiar in the Nike Mercurial football boot.

The victory was the 31-year-old’s first since he won at the same venue in 2014, and Schwartzel was delighted to secure the win in front of his home crowd, finishing the tournament third in greens in regulation on his way to posting a 15-under-par four-round total. 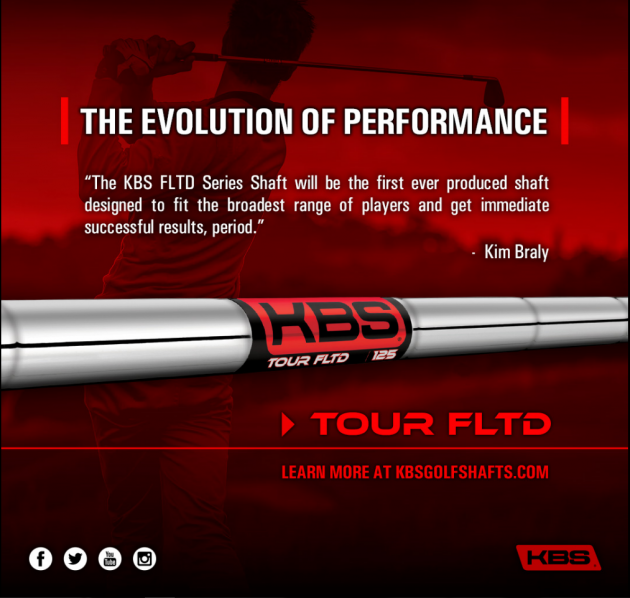 Advanced shaft technology is a result of countless progressions in development and its applications. KBS Golf Shafts is committed to these practices and testing, while utilizing feedback from Master Club Fitters and conducting extensive rounds of testing with Players of all skill levels. KBS is proud to introduce the newest member of the KBS Golf Shaft Family; the KBS TOUR FLTD. The KBS TOUR FLTD is a Tour influenced shaft to fit the broadest range of players, from the Amateur Golfer, to a Tour Professional. Offering a lower ball flight for the 8 Iron and down clubs, and a higher ball flight for the 6 Iron and up, it accomplishes this while being longer and providing more spin, with the consistency and efficiency of more control. The KBS TOUR FLTD will also features the standard to which KBS is known, providing maximum energy transfer to ensure a smooth, stronger feel through impact and are proven to produce a more piercing trajectory, tighter dispersion and increased ball control. Ranging from amateur players to professional players, everyone that is ready to “Fly” the ball better, KBS welcomes you to the future with KBS TOUR FLTD – The Evolution of Performance.

Kim Braly Quote: “The KBS FLTD Series Shaft will be the first ever produced shaft designed to fit the broadest range of players and get immediate successful results, period.” 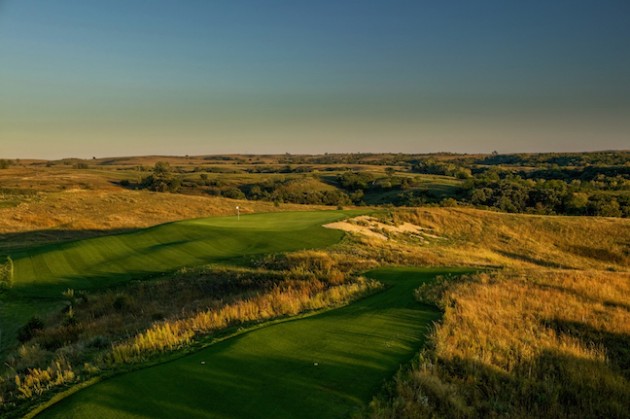 “This is very exciting and an honor for Tatanka Golf Club to be recognized alongside some of the top courses in North America,” said Brian Bursheim, general manager and director of golf. “We recognized pretty quickly during construction that this was a special piece of property and a layout that was unique from other courses.”

Tatanka, a Lakota word that translates to buffalo, opened this past fall creating a new golf destination in Nebraska for visitors to the Ohiya Casino Resort of the Santee Sioux Nation.

Golf course designer Paul Albanese, inspired by his research and the culture of the Santee Sioux Nation, created a modern day gem that fits naturally on the land and integrates with the environment. He is very excited for the tribe.

“Winning this award from GOLF Magazine is a great honor, especially because we have worked with the Santee Sioux tribe for over ten years in making this project an award winning reality, something I always knew was possible,” said Albanese. “This recognition would not have been possible without the dedication of the Santee Sioux Nation, allowing us to fulfill a unique and inspiring vision on a beautiful piece of land that reflects their heritage, history and principles.”

Albanese compared the design and creation of the golf course to writing a book and said every hole was a chapter, with each one being an integral and unique part of the story.

“We took the history and the culture of the area and the Santee Sioux Nation and used it as a design inspiration in a subtle and respectful way,” he said. “We looked at the land forms and designed something that might reflect local stories. For instance, how a certain mountain looked and got its name was used. We used a story about a medicine woman as inspiration, too.”

Many of the stories include the great buffalo of the region, and in that regard Albanese took great care to make sure there was literal interpretation. In fenced in spaces very close to the golf course great buffalo roam.

“Depending on where the buffalo graze on a given day the golfer on a tee can be 10 yards from buffalo,” he said. “We routed the golf course close to them, especially Nos. 11, 12 and 13 and they will be part of the experience of playing Tatanka.”

Ohiya Casino Resort was the first casino in Nebraska, and was developed 17 years ago. It continues to be an ideal entertainment destination for those seeking excitement, particularly in northeast Nebraska, southwest Minnesota, southeast South Dakota and northwest Iowa.