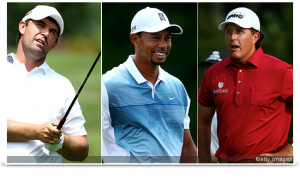 Six pairings we’ll have our eyes on Thursday

LOUISVILLE, Ky. – Now that Tiger Woods has arrived we can get down to business with the 96th PGA Championship set to tee off on Thursday morning.

Imperial To Showcase 2015 Line At The Las Vegas PGA Show

BOURBON, MO – August 5, 2014 – Imperial Headwear announced today the company will be exhibiting at the 2014 PGA Fashion and Demo Experience on August 19th and 20th at the Venetian Resort Hotel in Las Vegas.

“We are very excited to show our new line in Las Vegas,” said Steve Johns, Director of Sales for Imperial. “There are some great new headwear styles, and a whole new category of apparel that we are anxious to show to our customers.”

Imperial will be introducing men’s and ladies apparel to the golf market at the PGA Fashion and Demo Experience, as well as their new woven label and laser etch headwear programs.

Imperial Headwear can be found in booth #613 at the PGA Fashion and Demo Experience show. Or to make an appointment, please contact Chris Frame at (800) 950-1916 or cframe@paifashion.com. 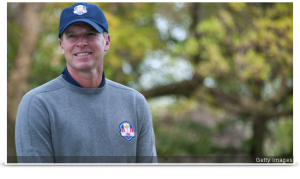 LOUISVILLE, Ky. – United States Ryder Cup Captain Tom Watson has named Steve Stricker, a member of America’s last victorious squad, to serve as the third Vice Captain for the 2014 Team. Stricker was announced today at a news conference prior to the 96th PGA Championship at Valhalla Golf Club.

Stricker, 47, will serve alongside Andy North, who was appointed last year, and Raymond Floyd, who was chosen in February. The United States and Europe meet in the 40th Ryder Cup at Gleneagles, in Perthshire, Scotland, Sept. 26-28.

A member of the past three U.S. Ryder Cup Teams, including the winning American squad at Valhalla in 2008, Stricker also was a member of five Presidents Cups Teams, posting a 14-10-0 record.