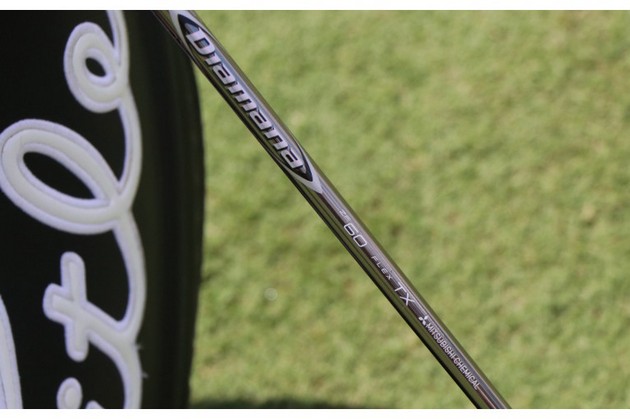 CARLSBAD, CA –  For the first time ever, Mitsubishi Chemical is adding a fourth profile to their popular Diamana™ Fourth Generation Series. The new Diamana™ ZF builds on the success of the Diamana™ BF and provides the perfect option for players looking to push their distance farther.

MR70, used in both the butt and tip sections, is 20% stronger than conventional materials, with a 10% greater modulus (a measure of stiffness). This is bolstered by Boron fiber in the tip section to create the exact EI curve desired.

When compared to Diamana™ BF-Series, the Diamana™ ZF-Series shafts are a moderately stronger and more stable in both the butt and tip ends, with a slightly softer and more active middle for better energy transfer and acceleration. This produces a shaft that is incredibly solid during transition at the top of the swing and through impact, but with smooth speed and a lively feel.

Adding to the excitement around Diamana™ ZF-Series is the inclusion of 40g version, the lightest Fourth Generation Shaft offered to date.

Diamana™ ZF-Series are ideal for any player looking to increase clubhead acceleration while maintaining stability and control through impact.

MR70
Specifically designed and developed by Mitsubishi Chemical for high-performance applications, MR70 is an innovative new carbon fiber material that is 20% stronger with a 10% greater modulus than conventional materials.

BORON
Boron fiber is equivalent in stiffness to high modulus carbon fiber, but with superior compression strength.  As a result, it is often utilized for structural reinforcement, most notably in military applications. Mitsubishi Chemical uses Boron fiber in combination with other proprietary materials to produce prepreg options that deliver unprecedented strength and stability.

ION PLATING
Ion Plating is a process that creates a sophisticated, premium finish that cannot be achieved by a simple paint application. The shafts are placed in a vacuum chamber where chrome or silver alloy ions are fused to the surface, creating a stunning finish that is more than worth the extra time.

The 25-year-old native of North Augusta, South Carolina finished the penultimate Korn Ferry Tour playoff event at 19-under par Sunday (Aug. 25) with rounds of 70-64-67-64—265 at Hillcrest Country Club. He started the final round in a tie for seventh, trailing the leader by three shots, and wound up winning by one.

For the week, the University of South Carolina alumnus hit 54 of a possible 72 greens in regulation, an impressive 75 percent clip that mirrored his tour-leading season average of over 76 percent of GIR, according to PGA TOUR officials.

In addition, another player using Nippon Shaft N.S.PRO MODUS³ Tour 125x steel shafts in his irons won the Sega Sammy Cup on the Japan Golf Tour. The 27-year-old champion shot 20-under par with rounds of 67-66-67-68—268 at the North Country Golf Club in Hokkaido, Japan.

The victories represented the 39th and 40th professional victories this year for the MODUS³ series and the 194th win overall for MODUS³ since the series came on the market in 2011, according to company officials.

Based in Yokohama, Japan, Nippon Shaft is the No. 1-selling steel shaft in Asia.  Nippon Shaft is a privately-held subsidiary of NHK Spring Co. LTD, a Japanese automobile parts manufacturer.  Nippon Shaft’s North American headquarters is in Carlsbad.