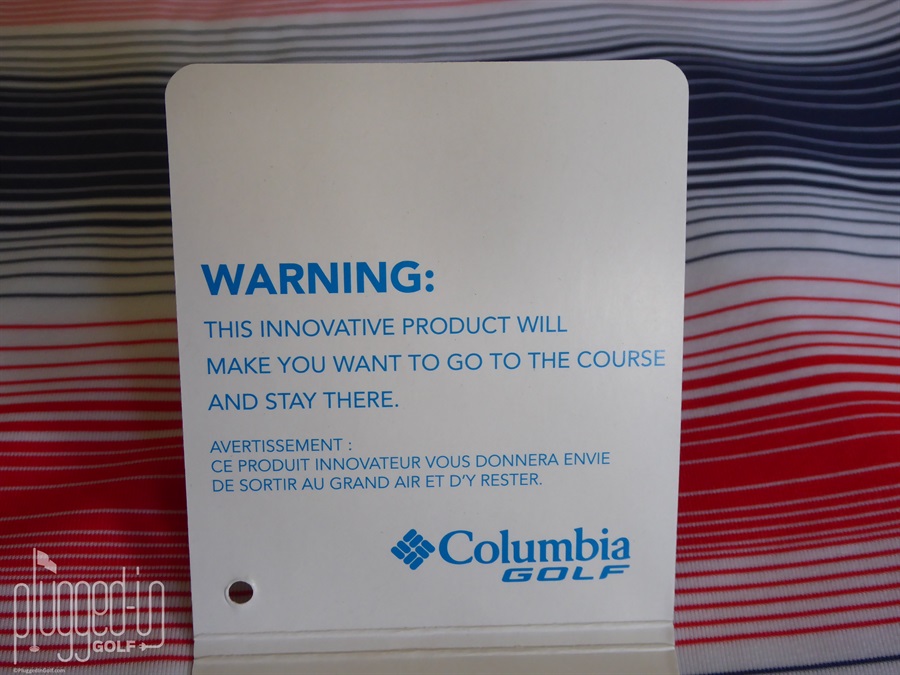 Over the course of the 2016 PGA Tour season, the Columbia Golf team has seen an abundance of success, finishing with a combined 55-Top Twenty Fives and 22-Top Tens on the year. Highlighting the success was the T2 finish by Jason Kokrak at the Northern Trust Open, the 2nd place finish by Jon Curran at the Memorial, and the T3 finish by Ryan Palmer at the Dean & Deluca Invite.

COLLINGWOOD, ON, Canada — August 19, 2016 – Biion Footwear, a Canadian manufacturer of golf, yachting, and lifestyle footwear, is proud to announce that the company is bringing a luxurious new facet to the Biion brand – the LUX Series. A signature collection of footwear that features rich colors and patterns beneath a well-appointed patent finish.

The LUX Series is a bold step in luxury fashion. The collection embodies sharpness, flair and function. “We’re excited to bring this truly unique and lavish line to the marketplace as there is NOTHING like it,” stated Biion Footwear CEO & President Rick Buchanan.

The LUX collection features lush yet bold colors that together make a statement of confidence. These comfortable shoes fit anyone from jetsetters to golfers, and everyone in between. The LUX Series is ideal for traveling because not only is it light weight and easy to clean, but the line is so sleek and fashion forward, that you can wear it for any event, day or night.

Just like the entire Biion line of footwear, the LUX Series is not just a visually striking shoe, it performs. This seemingly weightless precision golf shoe is equipped with an EVA upper that hugs your foot, yet remains flexible, giving you both reassurance and very little resistance in your swing. It’s like golfing bare foot.

Foster City, CA (August 19, 2016) – Loudmouth Golf, the worldwide leader in bold and bright golf and sports fan apparel, is excited to announce the addition of four bonus patterns to their 2016 summer collection. The new patterns are everything you’ve come to expect from Loudmouth; colorful, cheerful, and a little cheeky!

“LM Greatest Hits Vol 1” – ?Our founder and designer, Woody, selected some of his favorite Loudmouth designs over the years and recolored them into this best-of faux-patchwork compilation.

“Cotton Candy” – This design sold out quickly five years ago but we can’t deny our love for classics, especially PINK ones. Splashy swirls are a Loudmouth original, and pink and lime green is a colorway our customers love. A pair of pants so sweet, we had to taste them again!

“Lounge Lizard Blue” – Lounge Lizard: (noun) 1. typically depicted as a well-dressed man who frequents the establishments in which the rich gather with the intention of seducing a wealthy woman with his flattery and deceptive charm. This one is slippery!

“Aloha Girls” – Our very first pin-up design! And because we’re always ready for a party, we decided to give this vintage, tropical print another spin. Even if you’re in Kentucky, you’ll start a luau on the 19th hole. Can you spot the Woody?

“Summer… golf is in full swing. With this release we’ve got a few more patterns to keep your wardrobe looking fresh and fun till fall,” says Loudmouth Founder and Designer, Woody. “I guarantee you’ll get noticed an any, or ALL of these designs.”

The four new patterns are available in both men’s & women’s silhouettes in pants, shorts, skorts and hats. In addition to these stocked items, Loudmouth offers Made-to-Order clothing, which lets customers customize the waist size and length of their garment to provide the ultimate fit.