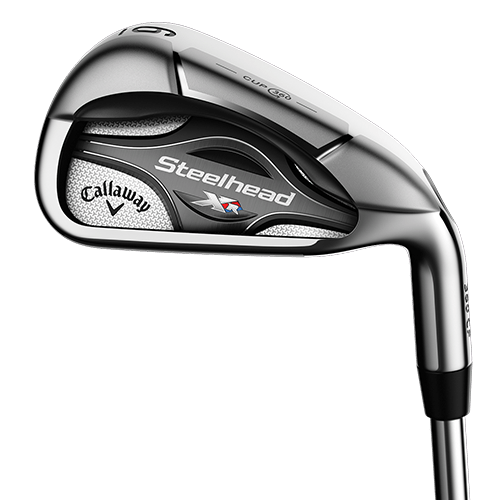 Steelhead XR Irons feature signature shaping and playability that made Steelhead one of the most popular irons of all time, combined with our industry-leading, next generation 360 face cup technology (which has helped Callaway become the #1 Iron in Golf) for more ball speed and distance across the face. Steelhead XR delivers more forgiveness and easier launch from a hollow bore thru design which saves significant weight that’s repositioned in strategic areas in the head, and great feel and sound come from a new steel-infused polyurethane layer. Put it all together and you have an iron that delivers the finest combination of speed, forgiveness, distance and control to ever emerge from the Callaway R&D department.

The Steelhead XR Hybrids provide an unparalleled combination of distance forgiveness and playability. The technology is led by our industry-leading, next-gen Hyper Speed Face Cup for more ball speed, easy launch from a larger head and deep-back CG, and faster head speed from our Speed Step technology, which we designed with the assistance of aerodynamic experts. 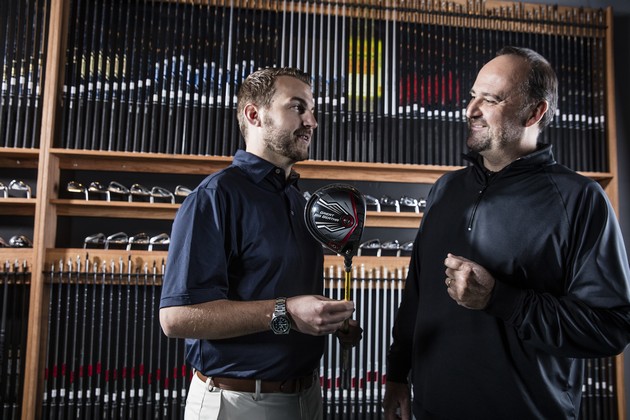 “The John Ondrush Golf Fitness Academy is a state of the art facility and we are pleased to open our studio in this location,” said Joe Lee, CEO and president of Club Champion. “This collaboration allows us to partner with successful companies such as PXG to promote the benefits of club fitting. PXG, Club Champion and the Golf Fitness Academy are all tearing it up in a stagnant golf industry by focusing on growth of the game through innovative technology, custom club fitting and overall golf fitness. In fact, this is the 5th new Club Champion fitting facility we have opened this year and we are on target to grow by just under 100% this year.”

The new studio has been designed to showcase Club Champion’s premium, tour-quality fitting and 15,000 club and shaft combinations. The goal of the company is to find the best combination of components to lower your scores. The studio includes indoor hitting bays, the latest trackman and SAM PuttLabs fitting technology and a large putting green.

“With all of the advances in golf club technology, the majority of golfers could easily hit the ball further and more accurately,” added Lee. “Yet a Golf Magazine study found that 90% of U.S. golfers may be playing with improperly fit clubs. Our company’s passion is to help golfers hit longer more accurate shots, lower their scores, and enjoy the game more.”

The new Club Champion studio is located at 180 Michael Drive, Syosset, NY 11791. Long Island golfers can take advantage of a special promotion to celebrate the opening of the new store. From September 1 through September 30, 2016, the Long Island store will offer 50% off full bag fittings, regularly $350 (now $175) and 33% off driver, fairway wood, long game, hybrid, wedge, and putter fittings. The Club Champion fitting studio is open from 10 a.m. to 6 p.m. Monday through Thursday and Friday and Saturday 9 a.m. to 5 p.m. More information on the company can be found at clubchampiongolf.com or by calling (888) 340-7820. 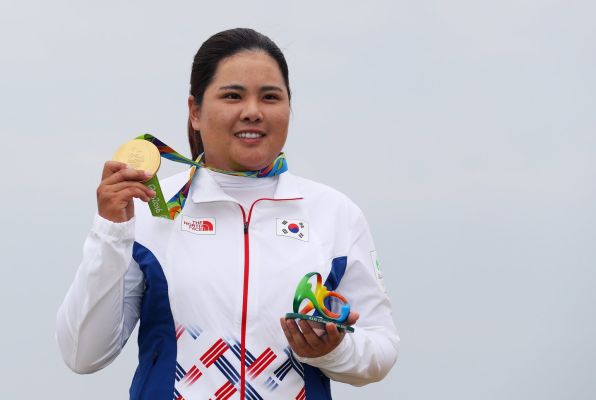 The Gold medal winner in Saturday’s women’s final round (Aug.20) used N.S. PRO 950GH steel shafts in her irons and wedges en route to a dominating and historic victory.  The 28-year-old native of Seoul, South Korea finished 16-under par with rounds of 66-66-70-66—268, good enough for a five-shot win over the reigning No. 1 player in women’s golf.

A seven-time major champion, the Gold medalist also is eligible for the LPGA Golf Hall of Fame.  The Olympic victory was her first of the season during which she had battled a left thumb injury.

In the men’s competition, the 2016 “Champion Golfer of the Year” played Nippon Shaft’s N.S. PRO MODUS3 Tour 120 steel shafts in his irons and wedges en route to a Silver medal at the Olympic Golf Course in Rio de Janeiro in Brazil.

“Nippon Shaft sends sincere congratulations to the medalists who relied on Nippon Shaft products to help them make golf history,” said Hiro Fukuda, sales and marketing for Nippon Shaft.  “Nippon Shaft is continually striving to make products that function well not only for the best players in the world but for avid golfers everywhere.”

In addition to the Olympics and the Open Championship, Nippon Shaft products also were used by the winner of the U.S. Women’s Open and by the runner-up at the Ricoh Women’s British Open.