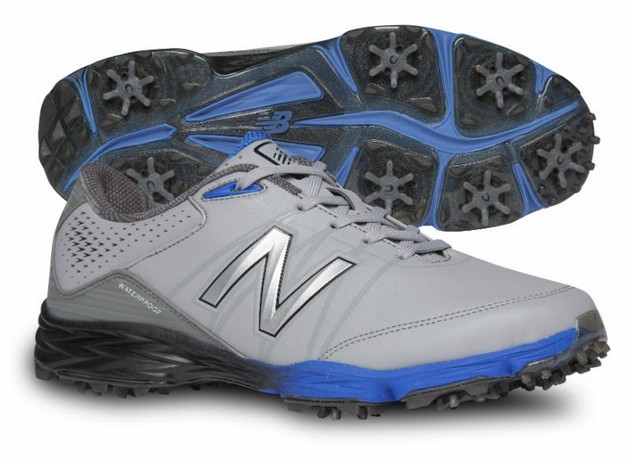 The NBG2004 is built on the new PW-1 last which is perfect for golf. The wider forefoot allows the toes to spread out for balance, while the lower instep height helps the foot stay connected to the ground, which improves overall feel and power. The shallower toe box helps to keep the forefoot locked in, while the narrower heel creates stability during the swing. The waterproof microfiber leather upper has an ultralight FantomFit™ support and a welded form-fitted tongue construction.

The REVlite® midsole, originally designed to provide lightweight cushioning to runners, is an innovative foam compound that delivers responsiveness, durability and a lightweight ride without sacrificing underfoot cushioning and stability.

The TPU outsole also features anatomically placed grooves in the forefoot which provide flexibility and allow the shoe to move with the natural motion of your foot. The NBG2004 uses the low-profile Champ Slim-Lok® Zarma Tour cleat system* with seven cleats, for better contact with the ground and the ability to harness more power with the swing. The NBG2004 is backed by a two-year waterproof warranty.**
MEN’S NBG2004 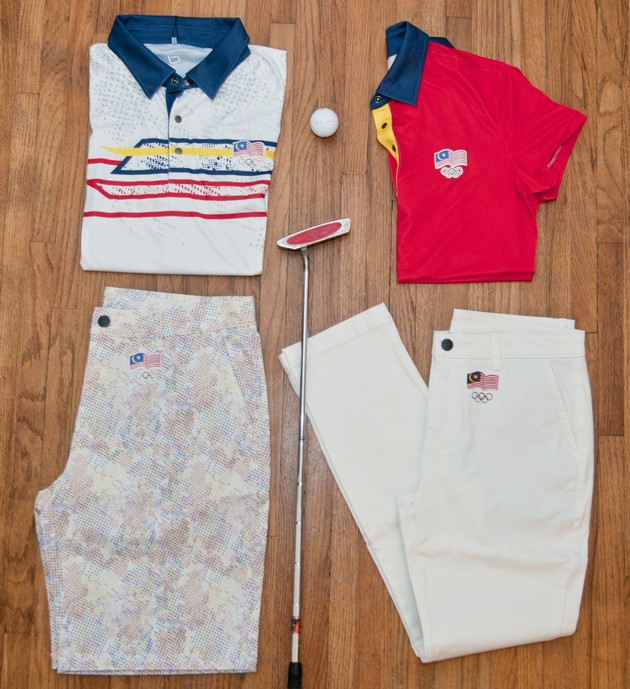 Alberta, Canada – August 1st, 2016. Longball Athletics is pleased to announce that it’s been named the official uniform provider for the Women’s Malaysian Olympic team for the 2016 Games in Brazil. Golfers, managers and staff will be sporting kit throughout the games.

“The custom Malaysian Olympic clothing line was built around the inspiration of an athlete – the strength, commitment and unbroken will it takes to be the best. The designs focused on the national colors of Malaysia that represent Blue – Unity, Yellow – Royalty, Red & White – The 14 states in Malaysia, along with the unique Longball flare,” explains Leroy Hollman, Creative Director. “Every design is 100% unique and never to be repeated allowing the Malaysian team to stand out amongst the world’s best. These designs range from bold solid colors that exude strength to the unique patterns that demand attention.”

Longball has leveraged their premium fabrics allowing the Athlete who are wearing the garments to perform at the highest potential without having restrictions holding them back under extreme conditions.

“Having our brand represented in the Olympics especially golf is a huge honor,” Hollman said. “This is our opportunity to show our commitment to golf and the Malaysian Olympic team.” 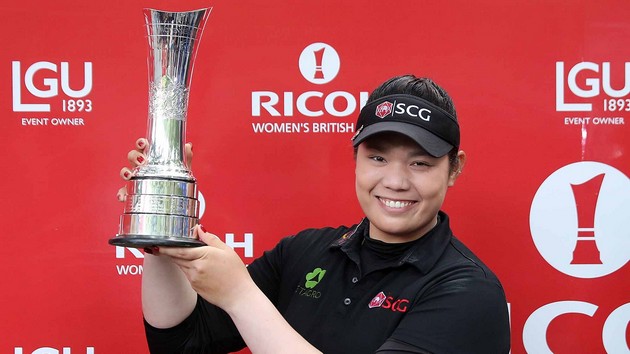 Vista, Calif. – August 1, 2016 – Fujikura Golf, recognized for designing and producing the world’s best performance golf shafts, proudly announces the company has been associated with another win.

Fujikura would like to congratulate the winners of the PGA Championship and the Ricoh Women’s British Open. “Last weekend we had the privilege of watching two great players celebrate their victories at a major using Fujikura shafts” commented Fujikura Golf Technical Services Manager John Hovis.