With Project X in the bag, the 2014 PGA Championship winner recorded his third straight win and second consecutive major this past weekend at Valhalla. He carded 68 on the final round to win by one stroke in a dramatic come-from-behind victory. As the winner of the 96th PGA Championship he is only the fourth player in the last century to win four majors by the age of 25.

“Congratulations to this weekend’s winner on his second major win this season and an impressive winning streak,” said Scott Hennessy, president and CEO of True Temper Sports. “This win certainly cements his position as the number one player in the world. We are honored that all four 2014 Major champions and 30 PGA TOUR winners have trusted shafts by True Temper to make the winning difference this season.” 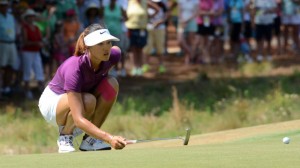 PITTSFORD, N.Y. – Michelle Wie has a finger injury that forced her to withdraw from LPGA Championship next week at Monroe Golf Club and will sideline her at three to five weeks.

IMG Golf said Saturday that Wie has a stress reaction in a bone in her right index finger. The U.S. Women’s Open champion withdrew from the Meijer LPGA Classic on Thursday in Michigan after playing nine holes in the first round.

IMG said she was examined by hand surgeon Dr. Tom Graham of the Cleveland Clinic. 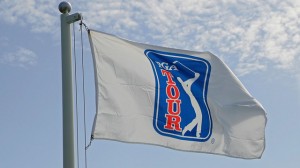 The new Barbasol Championship will be played July 13-18, 2015, at the Robert Trent Jones Golf Trail at Grand National in Opelika. Shaving product company Barbasol will sponsor the tournament for four years.

Alabama Gov. Robert Bentley and PGA Tour officials announced the event Monday. Bentley said the tour will generate millions in tourism revenue for Alabama and put the state in the international spotlight as some of the world’s best golfers come to the state.