CARLSBAD, CA (April 6, 2014) – Lexi Thompson’s number one goal for 2014 was to win a major – mission accomplished! After taking the lead during the second round, Thompson, a COBRA PUMA GOLF athlete, can officially add Major winner to her bio after shooting a 14 under 274, with a final round of 68, to win at the Kraft Nabisco Championship.

Thompson, who is currently ranked number one in driving distance, won by three strokes using COBRA Golf equipment and wearing PUMA Golf apparel and footwear from the brand’s Spring/Summer 2014 collection.

“This is what I’ve been working for my whole career, and I couldn’t be more proud to win my first major at the Kraft Nabisco,” said Thompson. “I felt great out there. I was confident off the tee, with my driver. My COBRA clubs helped me play my best through each round, and my PUMA Golf apparel helped me look good while doing it!”

“We are so excited for Lexi,” said Bob Philion, President of COBRA PUMA GOLF. “She is an incredible golfer, one who plays with confidence and style. She is such a great representation of the COBRA PUMA GOLF brand and we are excited to celebrate her first, and definitely not her last, Major win.”

With an average driving distance of 274yds, Thompson bombed her way to victory with COBRA’S AMP CELL Driver. The Women’s AMP CELL™ Driver features MyFly™ Technology which allows you to adjust your loft to maximize distance and manage your trajectory. SmartPad™ Technology, which delivers a square face at address, along with Advanced Material Placement, CELL and E9 Face Technology™, together free up discretionary weight for a 12% larger effective performance area on the face, helping to deliver faster ball speeds even on mis-hits.  Thompson plays the AMP CELL Driver in Capri blue with Pink and Green options also available to consumers.

During the final round, Thompson sported her signature “Sunday Blue,” wearing the Line Print Polo in White and Aqua Splash paired with a Solid Tech Skirt and the Women’s Biofusion Tour Shoe in White/Silver/Aqua Splash. The Line Print Polo is constructed with drirelease fabric, which conveniently dries four times faster than cotton keeping you cool and comfortable even in hot conditions.

Thompson has been using COBRA Golf equipment and wearing PUMA Golf gear on the course since she first turned pro in June, 2010, becoming the first athlete to sign with both brands after they joined forces. She found success early in her career, winning the 2011 Navistar LPGA Classic at 16, briefly holding the title as the youngest winner in LPGA Tour history, the 2011 OMEGA Dubai Ladies Master’s Championship on the Ladies European Tour and the Sime Darby LPGA Malaysia in 2013, to rise to No. 9 in the Rolex Rankings. 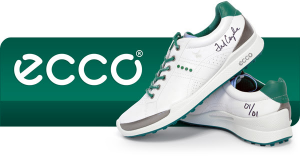 Londonderry, NH – Danish company ECCO – a leading manufacturer of innovative footwear – announces a special contest hosted now at facebook.com/eccogolf providing the chance to win a one-of-a-kind, hand-signed pair of Fred Couples’ limited-edition BIOM Hybrids.   Until midnight EST on Sunday, April 13, ECCO Golf fans can share an image or comment that shows or describes how, like Freddie, they personify cool on the golf course. One submission per day is permitted. In addition to the remarkable grand prize, ECCO will also be giving away premium shoes or accessories to three runners up.   “We couldn’t think of a better way to celebrate the year’s first major than to give our legions of supporters the opportunity to win a very special piece of memorabilia,” says Jesper Thuen, Global Sponsorship, PR & Event Manager – ECCO Golf. “This is a truly unique prize that any golfer would love to have in their collection.”   In addition to the contest, ECCO recently introduced a Fred Couples Signature Model of its award-winning BIOM Hybrid shoe. This limited-edition of 275 pairs celebrates the Tour star’s winning score of 13-under-par 275 at the 1992 championship. Each shoe is laser-engraved with Couples’ distinctive autograph on the lateral (outer) side of the yak leather upper, matched by a serial number on the medial (inner) side.   Retailing for $275, the Fred Couples Signature Model is available at eccousa.com, pgatoursuperstore.com, golfsmith.com and carlsgolfland.com. It showcases two patented performance technologies – NATURAL MOTION and the ECCO Dynamic Traction System (E-DTS). These combine to provide the ultimate combination of comfort, stability, grip and shock-absorption.   The ECCO Golf collection is also endorsed by scores of other Tour stars worldwide, including Ernie Els, Graeme McDowell, Thomas Bjørn, Marcel Siem, Thongchai Jaidee, Will Wilcox, Andreas Hartø, Wu Ashun, JB Hansen, Belén Mozo, Caroline Masson and Gerina Piller. 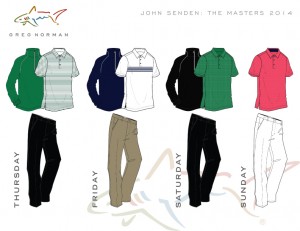 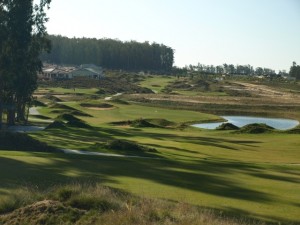 Monarch Dunes Golf Club: One Round of Golf on The Challenge Course and a 1 Hour Lesson for $59.00

Monarch Dunes: Two Players Receive One Round on The Challenge Course and a 1 Hour Golf Lesson For $89.00 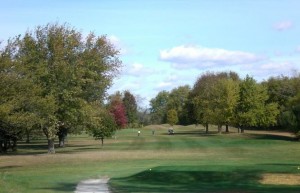 South Shore Golf Club in Momence, IL. One Round of Golf w/Cart + Range Balls for $18.00

The Golf PAC Personal Accessory Caddy: One PAC for $17.50

“This was another solid week for Bettinardi Golf on tour,” said Bob Bettinardi, President of Bettinardi Golf. “Top professionals from around the world are using our putters and are having tremendous success. We are looking forward to a great 2014 with multiple victories on the horizon”.