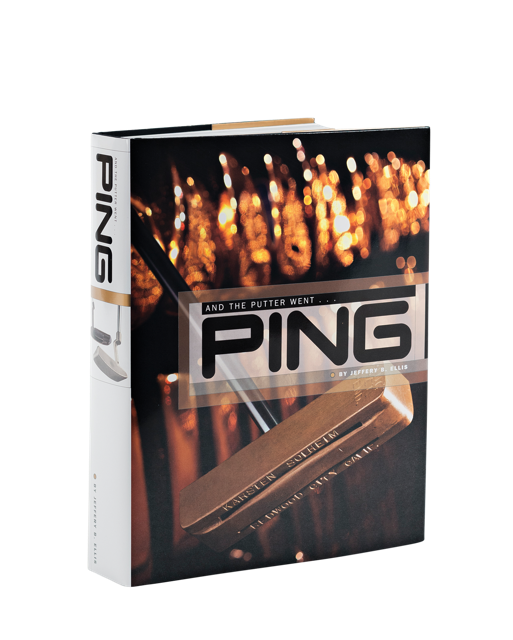 PHOENIX (April 24, 2017) – PING’s new book, And The Putter Went…PING, an inspiring and comprehensive look inside the family owned company that revolutionized the way golf equipment was designed and manufactured, will be available for purchase beginning May 1.

The book chronicles PING’s heritage and its on-going efforts to advance golf technology for the benefit of golfers of all skill levels. It takes readers behind the scenes of a genuine American success story that began in the family garage of Karsten Solheim, a Norwegian immigrant and mechanical engineer who invented the PING putter in 1959.

And The Putter Went…PING will be available at authorized PING retailers and through www.ping-shop.com. Visitors to PING’s headquarters in Phoenix will also be able to purchase the book. U.S. MSRP is $100. A limited edition with padded leather binding and gilded edges will be available for a U.S. MSRP of $300.

It is written by Jeffery B. Ellis, the author of numerous golf books, including the critically acclaimed The Clubmaker’s Art: Antique Golf Clubs and Their History. Nearly 1,000 pictures, many never-before published, provide a visual history of the brand and Ellis’ insightful writing reveals several heart-warming and humorous stories for the first time. More than 70 people were interviewed and thousands of hours were spent researching the company archives and industry periodicals to help illustrate the rich and influential history of the brand named for the sound made by its first product – the PING 1A putter.

“We’ve shared a lot of personal stories and recalled many special memories dating back to the early days in our garage and leading up to the company we are today,” said John A. Solheim, PING Chairman & CEO. “Our family and employees have been very fortunate to be part of the golf industry for nearly 60 years. The book is a reflection of our never-ending commitment to making golf more enjoyable, and a tribute to all the golfers who have relied on PING products to play their best. We wouldn’t have a story like this without their belief in our products and processes.”

The 530-page, 16-chapter book captures Karsten’s pioneering spirit and his amazing ability to solve problems through innovative solutions that set industry standards still in effect today. You’ll learn about the early obstacles the company faced and the Solheims’ determination to overcome them while staying true to the principles that still guide the family owned company today. Two chapters are devoted to the highly publicized and vigorously debated “square groove” controversy of the late 1980s, in more depth than ever reported.

Karsten’s pioneering role in custom fitting and the impact of tour professionals on his fitting process is documented in a chapter that takes readers inside the logic of the iconic PING Color Code Chart and the science behind the company’s top-rated fitting systems. 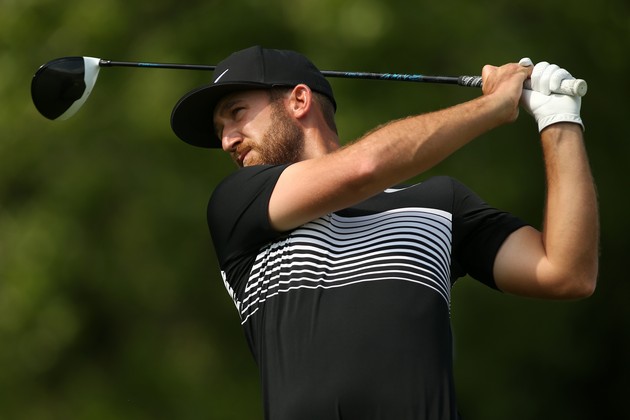 Using a powerful combination of his M1 driver and M1 fairway woods off the tee, Chappell became victorious in the Lone Star State after finishing with an impressive 4.383 Strokes Gained: Off The Tee. Even more striking was his confident final-round performance, wrapping things up with 71.43% driving accuracy on Sunday.

– Including Chappell, 7 of the top-10 finishers played TaylorMade metalwoods.

(COVINGTON, GA) – Bridgestone Golf – Innovator of premium golf balls, clubs and accessories – has been named the official golf ball sponsor of the Southeastern Junior Golf Tour (SJGT) and will provide players in every tournament with a dozen golf balls of their choice, including the Tour B330, B330-S, B330-RX and B330-RXS models.

SJGT operates between 35-40 events annually and estimates a membership of more than 1,000 junior golfers between the ages of 12-19. Beyond golf balls, Bridgestone will provide prizes for a variety of tournaments in the form of clubs and accessories, as well as work with the players in one-on-one golf ball fitting sessions to help them identify the model that maximizes their on-course potential.

“The Southeastern Junior Golf Tour is very excited and fortunate to announce Bridgestone Golf as its Official Golf Ball. This allows us to provide the next generation of golfers an outstanding product they can use to better their game,” says Todd Thompson, Executive Director of the SJGT. “We pride ourselves on scheduling events on quality golf courses, running affordable events and now putting Bridgestone products in the players’ hands. We see Bridgestone as a quality company that will grow with our great game and look forward to a long time relationship.”

“Bridgestone brand ambassador and PGA Tour winner Hudson Swafford is a product of the SJGT, which speaks to the incredible talent the tour has cultivated since its inception,” says Heather Arnold, Bridgestone Golf’s Tour Division Coordinator. “These young players will be the next generation of great collegiate and professional stars and we’re happy to help them progress by providing the best golf balls on the market.”

On the final hole, he hit an 88-yard wedge shot and then sunk a 6-foot birdie putt for a hard-fought victory after six runner-up career finishes.