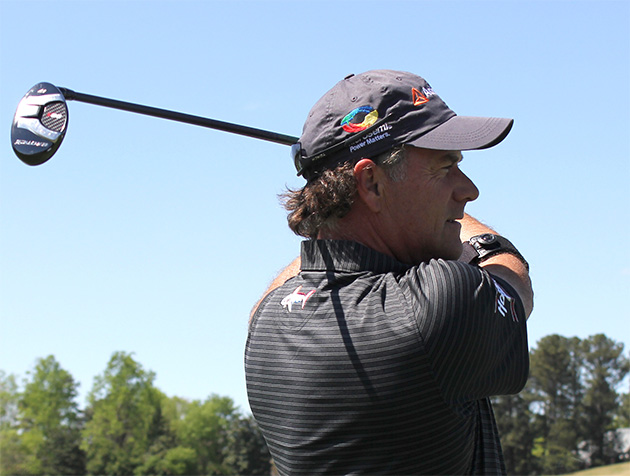 BATAVIA, IL – Exotics staff player Scott McCarron won the 2019 Mitsubishi Electric Classic on the PGA Tour Champions Sunday playing a Tour Edge Exotics CBX 119 hybrid; a 19-degree with a Project X Even Flow Black shaft, the same shaft that is available to consumers as a stock offering in the CBX 119 line.

The wire-to-wire win is the third victory on the PGA Tour Champions for McCarron since switching to Exotics in 2018.

The win was the 2nd of the 2019 PGA Tour Champions season for a player with Exotics clubs in play after seven events played. Tom Lehman won the season-opening event in Hawaii with an Exotics CBX 119 hybrid and a CBX Iron-Wood and currently ranks 5th in the Charles Schwab Cup money standings.

Exotics CBX clubs have now been a part of eight victories and 11 runner-up finishes on the PGA Tour Champions since collecting the first win at the 2018 Chubb Classic. This means Exotics clubs have finished 1st or 2nd in 19 of the last 32 PGA TOUR Champions events (59%).

After seven events on the 2019 PGA Tour Champions season, Exotics metalwoods have been in play for two victories, five Top 5 finishes, nine Top 10 finishes and 22 Top 25 finishes. Tour Edge is keeping count of these tour statistics on a tour scoreboard located on their website. 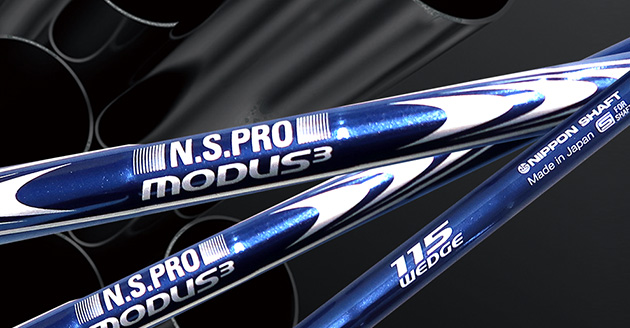 CARLSBAD, CA – Nippon Shaft’s MODUS³ series of steel shafts added victories No. 163 and 164 since their introduction as the winners of both the Web.com and LPGA Tour events used the shafts in their irons on Sunday. They were the ninth and 10th MODUS³ victories on professional tours this season.

The Web.com winner used the N.S.PRO MODUS³ Tour 130 X-flex steel shafts in his irons, which he used to stick his approach to two feet on the fourth playoff hole for a tap-in birdie to win the Robert Trent Jones Golf Trail Championship at the Senator Course in Prattville, Alabama. Earlier, he stuck his iron shot on the 72nd hole to five feet to force a playoff.

The 30-year-old champion led the field in greens in regulation, hitting the green with his approach shots 82 percent of the time.  In regulation play, the Virginia Commonwealth product shot 15-under par with rounds of 68-68-69-68—273.  With the victory, he jumped to ninth place on the Web.com money list, putting himself in good position to earn his PGA Tour playing privileges for next season.

She shot 16-under par 272 with rounds of 65-68-69-70—272 for a four-stroke victory over her nearest competitor, winning for the eighth time, which ties her for the most professional victories by a Canadian. 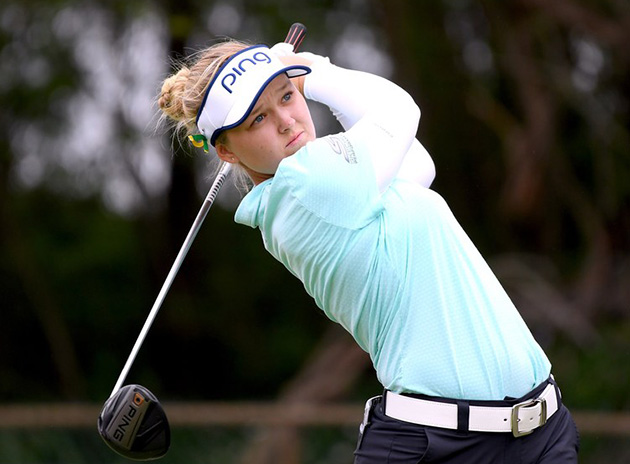 The Tour AD VR, like the other premium Tour AD wood shafts, utilizes premium, aerospace quality 50t carbon-fiber materials and it has a slightly higher balance point than the other current Tour AD wood shaft profiles.  The Tour AD VR shaft also utilizes FTT –Fast Taper Technology, which incorporates a faster taper rate from the grip to the lower mid-section of the shaft, providing the overall feeling of greater club head control at impact and an increase in club head speed

The Tour AD VR shaft profile is firm to stiff starting at the handle, medium/firm in the center section and has a firm tip to promote a mid/high launch angle and low ball spin rates.  The Tour AD VR also utilizes TORAYCA ® T1100G carbon-fiber pre-preg with NANOALLOY ® technology in the tip section of the shaft for additional shaft stability, exceptional feel and precise ball control.