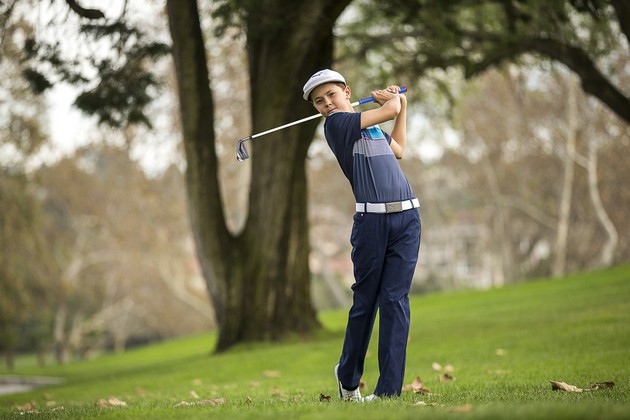 COBRA BRINGS ONE LENGTH TECHNOLOGY TO GOLF’S NEXT GENERATION

COBRA’s JUNIOR F7 ONE set features constant length irons that have been re-engineered for 7-iron length and weighting throughout the set, and are designed with optimized geometry to produce consistent trajectory and distance gapping from long irons to wedges. In fact, COBRA’s research shows that across the board junior players testing JUNIOR F7 ONE irons improved in accuracy, with tighter distance and dispersion variation from shot-to-shot, leading to increased confidence and better iron play.  In addition, the one-length design simplifies the set-up to promote one consistent swing through the set, leading to more centered club face impacts. Beyond long irons and approach shots, COBRA testing demonstrated improved short-game performance with the one-length set, due to the simplicity of set-up and execution.

“Since working with Bryson DeChambeau to help bring this concept to life in two adult sets of irons earlier this year, we have had requests from retailers and consumers to offer a set of one length irons for junior golfers,” said Tom Olsavsky, Vice President of R&D for COBRA GOLF. “We tested these irons among a wide range of skill levels ranging in age from 13-15 and we found that universally they delivered more consistency and better performance for these younger golfers”

The COBRA F7 JUNIOR ONE irons are designed for golfers between the ages of 13-15 years of age and are available in right-hand only (MAP: $449 – 5-piece set (5-7-9-PW-SW) with stock with Lamkin EPDM REL-Red, White and Blue grips and graphite COBRA Fujikura Fuel Jr. shafts that are 36.25” in length.  The F7 JUNIOR ONE irons will be available at retail and online beginning April 21st. 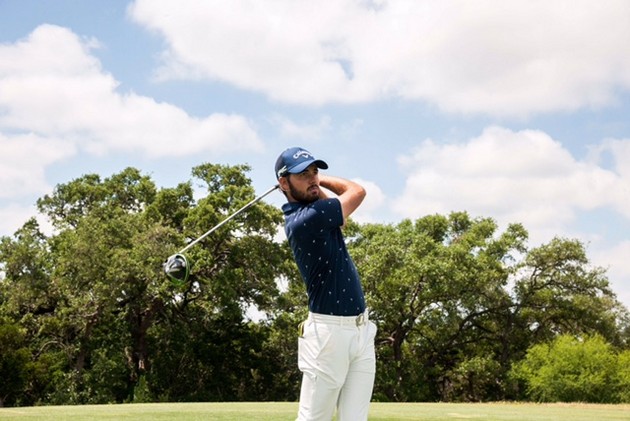 CARLSBAD, Calif., April 20, 2017 – Today Callaway Golf Company announced that it has reached an endorsement agreement with Curtis Luck, who turned professional earlier this month after making the cut at The Masters. A 20-year-old phenom from Perth, Australia, Luck was the #1 ranked amateur in the world when he turned pro.

In a dominant amateur career, Luck won the 2016 U.S. Amateur, the 2016 Asia-Pacific Amateur Championship, and the 2016 Western Australian Open on the PGA Tour of Australasia with Callaway equipment. He also counted the Victorian Junior Masters and Western Australian Amateur among his wins. His convincing win at the U.S. Amateur secured his invitation to this year’s Masters, where he was one of just two amateurs to make the cut.

As a Full Callaway Staffer, Luck will use Callaway clubs, balls, gloves and an Odyssey Putter. You can follow him on Twitter (@CurtisLuck6) and on Instagram (@curtisluck_).

“I’ve played with Callaway for many years, and I’ve been fortunate to win some of the biggest amateur events in the world with their equipment,” Luck said. “So it’s a natural choice as I start my pro career.” 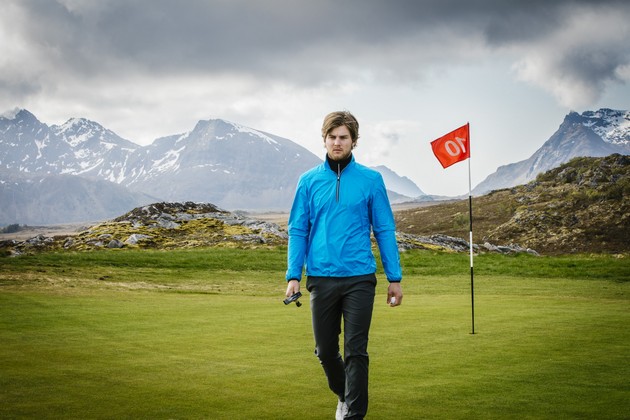 Designed to be exceptionally lightweight, the men’s Bow half-zip jacket (MSRP: $365) weighs just over 100 grams – the equivalent of two golf balls – making it ultra-packable and easy to store in a golf bag. Completely windproof and water resistant, the innovative Windstopper Active fabric offers an ultra-thin and exceptionally breathable layer.

“The practically weightless feeling of the Bow jacket is unlike anything else we’ve offered,” says Andrew Creed, president of Galvin Green USA. “Its innovative, technical material virtually eliminates the elements while maintaining maximum comfort and freedom of movement.”

Based in Sweden, Galvin Green is a pure golf brand that developed the sport’s first apparel layering system – the Multi-Layer Concept – more than a decade ago. This distinctive approach uses leading-edge fabric technologies to ensure the dry comfort, thermal regulation and outer protection that helps players optimize performance.

Galvin Green is the Official Team Supplier of Outerwear for the 2016 and 2018 European Ryder Cup Teams. Through this partnership, the company provides its premium waterproof garments to the captains, vice captains, team members and their caddies during the matches at Hazeltine National Golf Club (2016) and Le Golf National (2018).