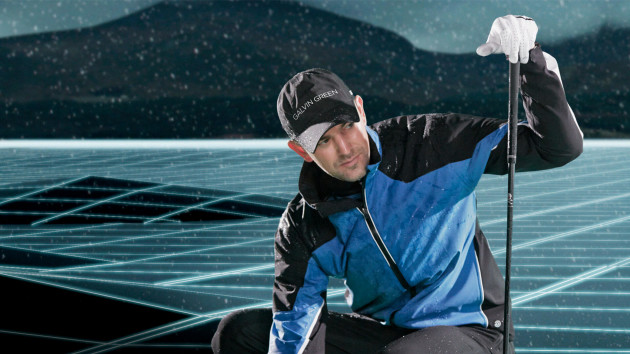 (VÄxjö, Sweden) – Galvin Green – the world’s leading maker of functional golf clothing for serious players and the No. 1 global golf partner of GORE-TEX® – has been awarded the 2016 Golf Digest Editors’ Choice Award for Best Golf Raingear.

Based in Sweden, Galvin Green is a pure golf brand that developed the sport’s first apparel layering system – the Multi-Layer Concept – more than a decade ago. This distinctive approach uses leading-edge fabric technologies to ensure the dry comfort, thermal regulation and outer protection that helps players optimize performance.

“It’s a great honor and we’re thrilled to win this award,” says Andrew Creed, President of Galvin Green USA. “Golf Digest is one of the most respected golf editorial outlets, so this is further testament to our dedication to making the game’s best raingear.”

Galvin Green was recently selected as the Official Team Supplier of Outerwear to the 2016 and 2018 European Ryder Cup Teams. Through this partnership, the company will provide its premium waterproof garments to the Captains, Vice Captains, team members and their caddies during the upcoming matches at Hazeltine National Golf Club (2016) and Le Golf National (2018).

Also distinguishing the brand is its new ‘Dress for the Weather’ app. Free on the App Store or Google Play, the app provides detailed five-day forecasts for thousands of courses in the U.S., Canada, the U.K. and Europe, and recommends ideal layering solutions for expected levels of heat, precipitation and wind speed.

“When you combine Blast Motion technology with AimPoint’s coaching and green reading methodologies, you combine the key elements that help a player understand where to aim and how to improve their putting technique,” said Michael Fitzpatrick, CEO of Blast Motion. “Players can now see how their stroke metrics affect their distance control and putting accuracy. Golf is evolving like all other sports and players who train with technology, gain the competitive edge.”

Blast Golf is specially designed to help golfers improve their timing and face rotation, leading to lower scores. With the latest app update, Blast Golf now supports putters, drivers, and irons, allowing golfers to fine-tune all aspects of their game.

“For the first time in history, golf has arrived at the technology crossroads, where game improvement technology is portable, affordable, and easy to use,” said Mark Sweeney, founder of AimPoint® Golf. “As a coach, I now have the ability to work with a player and show them their metrics in real-time. The best part is, they can take the sensor with them and continue practicing at home, allowing me to work with them remotely and track their progress.”

The Blast Golf application combines video from your smart phone with real-time metrics and in-app video prescriptions, allowing golfers of all ages to gain greater insights into the finer details of their putting strokes for improvement. 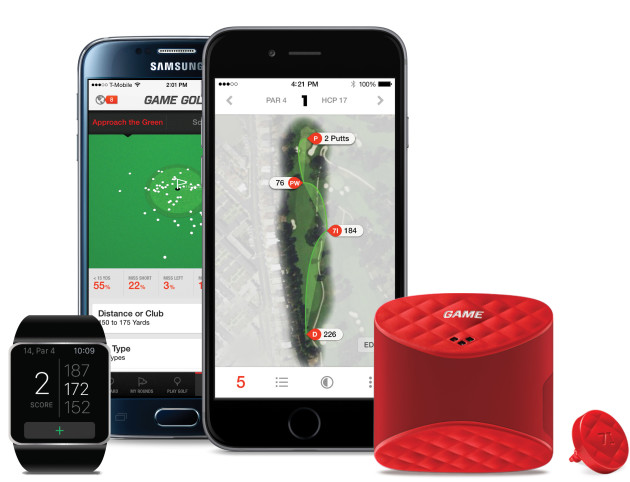 San Francisco, April 20, 2016 – Winners of Golf Digest’s Editor’s Choice Awards will be revealed in the May issue and new GAME GOLF LIVE has been chosen as one of the 2016 Best Game Analyzers.

Golfers have looked to Golf Digest’s various rankings as the complete service guide for best public courses, resorts and destinations from the 50 states to around the globe. So now, for the first time, Golf Digest has extended its service franchise into rating the best of everything in the total golf lifestyle. These “best of” designations comprise Golf Digest’s inaugural Editors’ Choice awards.
As one of the best pieces of new gear to add to your game, GAME GOLF LIVE is totally new technology that creates the industry’s only wearable real-time shot-tracking system for all smartphones (both iOS/iPhone and Android) and smart watches (Apple and Pebble, Android Wear coming in May). It is the only shot tracker that is allowed in competition play under the Rules of Golf issued by the USGA and R&A and is being used by golf professional, Maria Verchenova, to train for the 2016 Summer Olympic Games.

“We were the first to create a way for golfers to use stats to analyze their games; and we have been constantly improving our technology based on feedback from our users,” said John McGuire, CEO and Founder of GAME GOLF. “As a result, we have the only stat tracker that operates on all mobile and online platforms and is less intrusive than all other analysis devices. When golfers immediately see what happens to their shots on their phones, smart watches or computers, they gain a whole new understanding of what’s happening on the course. It’s also a great way to make the most of coaching sessions to shave strokes off student’s games.”

GAME GOLF LIVE uses an updated wearable GPS device that communicates with feather-light sensor tags attached to the top of the grip on each club and an integrated software platform that automatically tracks and captures performance data, in real-time. GAME GOLF LIVE has a powerful rangefinder, so as you set up to hit the ball, you know exactly how far you need to hit, pull the club from your bag, tag the club to the device on your belt, and hit the ball. The data from every shot, including putts, is instantly displayed on your iOS or Android phone and on your smart watch. On courses where you can’t use your phone, the information connects to the device; and you can see it on the 19th hole.

Strokes Gained Analysis offers robust metrics off the tee, on approach shots, during the short game and for putting. The system proactively gives you TIPS to interpret Strokes Gained data that will pinpoint improvement opportunities and make recommendations to the golfer on the areas where they should focus their practice time. When viewed on the web, GAME GOLF LIVE Strokes Gained compares a player’s most recent rounds to a scratch player’s rounds to see how many strokes are lost driving, in fairway play, chipping or putting.

Editing data for accuracy and adding penalties are easy. All playing history and statistics are automatically backed up online. Players are able to share their rounds via email, Facebook and Twitter.

GAME GOLF LIVE’s mapping system includes Google Maps, Apple Maps and BING Maps. The platform has over 33,000 courses mapped, more than 700,000 rounds of golf uploaded from more than 125 countries, and has captured data on more than 60 million golf shots.

The PGA of America and Golf Channel are partners in the brand. GAME GOLF LIVE is used by PGA Pros Graeme McDowell, Jim Furyk, Lee Westwood, and Chesson Hadley, LET Pros Sophie Walker and Maria Verchenova, professionals and students at Golf Channel Academies, the Hurricane Junior Golf Tour and others.