(Toronto, Canada) – BRADLEY ALLAN – sophisticated, modern golf apparel designed for the golf course and beyond – announces the launch of its spring capsule collection featuring a bold, seasonally-inspired color palette and advanced technical fabrications for a rich hand and exceptional breathability expressed across a range of polos and outerwear.

Drawing inspiration from the start of golf season, the contrast-stripe and color-block designs are crafted from a cotton-polyester-spandex blend for superb breathability and hint of stretch for full range of motion. Polos featuring zipper plackets and snap-top buttons and a full-zip luxurious cotton-modal sweater highlight the collection.

“This is a carefully-curated group of fresh looks to excite stylish players as they gear up for the season,” says Brad Franklin, Founder and Designer of BRADLEY ALLAN. “Our premium materials coupled with cues taken from modern menswear positions us as a go-to for golfers seeking a brand that’s new and different.” 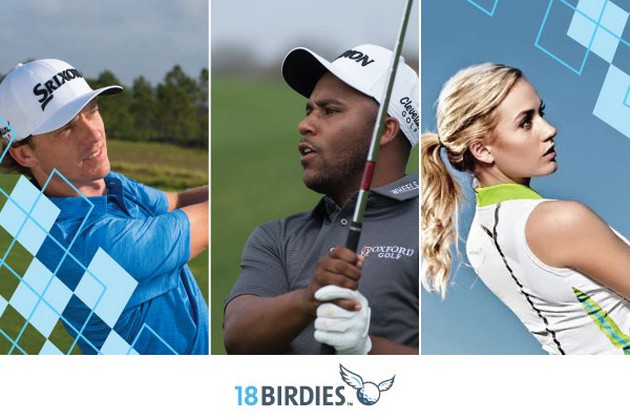 OAKLAND, Calif., April 17, 2017 – 18Birdies, a mobile golf technology startup, announced today that it has signed PGA Tour players, Willy Wilcox and Harold Varner III, in conjunction with the launch of Live Rounds, a feature that allows players to share their golf rounds, stats and achievements in real time. 18Birdies is rolling out the feature with Willy and Harold Varner III in addition to professional golfer, Paige Spiranac, all who have signed on with 18Birdies and will be playing Live Rounds regularly.

“A big focus for us is making golf more social and interactive,” said 18Birdies Founder and CEO, Eddy Lui. “Through the Live Rounds feature, we are excited to give our users a chance to interact live with Willy, Harold and Paige as well as share their rounds with their own golfing community.”

A three-time All-American at Clayton State University, Wilcox turned professional in 2010 and quickly found success with a win and recording a score of 59 on the Web.com Tour. Willy has been a member of the PGA Tour since 2014, where his career highlights include finishing 2nd at the 2015 Barbasol Championship, 8 Top 10 Finishes, 9 Top 25 finishes, ranking 2nd in the 2015 PGA Tour’s “All Around’ ranking and recording a hole-in-one at the famous 17th hole at TPC Sawgrass during the 2016 Players Championship.

“It is important to me that I regularly engage with my fans on social media,” said Wilcox. “The Live Rounds feature will finally give me the ability to have them join me virtually when I play a round.”

A graduate of East Carolina University and 2012 Conference USA Player of the Year, Harold Varner III has been playing on the PGA Tour since the fall of 2015, where his career highlights include netting four top-10 and seven top-25 finishes during the 2015-16 season. Additionally, Harold won the 2016 Australian PGA Championship on the European Tour in December.

“Usually golf fans only get to see how we do Thursday through Sunday,” said Varner III. “With 18Birdies’ Live Rounds, they’ll get a chance to follow me live during the rest of the week.”

Spiranac is a rising golf talent, media personality, and online influencer who’s on a mission to show how much fun golf can be while making a positive impact on the world. A graduate from the San Diego State golf team, Spiranac currently plays on the Cactus Tour, where she won her first professional tournament last year at the Orange Tree Country Club in Scottsdale, AZ.

“The Live Rounds feature is a great way for me to connect with fans,” said Spiranac. “18Birdies has done a great job in emphasizing the social nature of the game.” 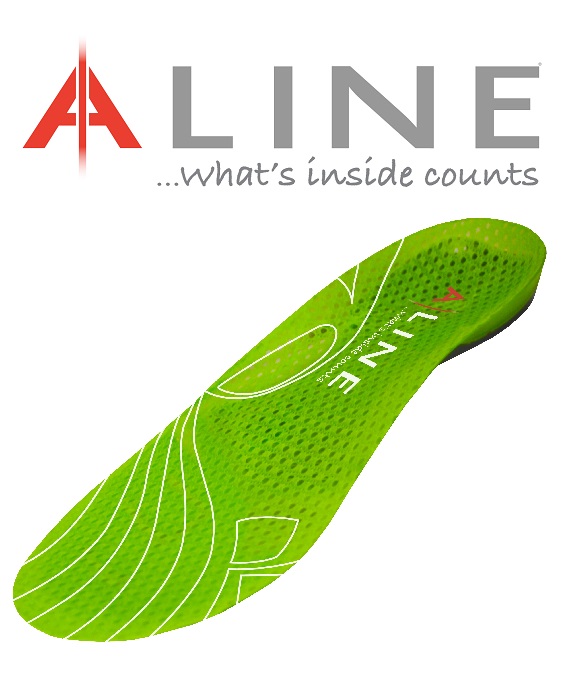 Each week, more and more players on the PGA Tour are discovering the advantages of wearing ALINE. PGA Tour Rep. Mark Gerent stated, “in my 15 years working on tour this is the broadest adoption of a new product I’ve ever seen.” To date more than 100 Tour players, caddies and industry professionals have worked with the ALINE technical staff. They’ve all recognized the benefits of wearing ALINE on the course and off.

So far this season, three victories have been achieved and over $5,000,000.00 have been earned by players with ALINEs under their feet. ALINE Golf is engineered with the World’s First Foot Suspension System, designed to help improve performance and comfort on the golf course.

For more information on ALINE visit their website at ALINE.com.

Tempercraft, the #1 vacuum insulated drinkware on tour, announces Masters success in 2017. 4 of the top 10 finishers in Augusta had Tempercraft in their bags. 6 out of the top 15 players and a total of 18 players in the field stayed hydrated with Tempercraft sport bottles.

“The support we have received from tour players has been beyond our expectations”, says Todd Hansen Sales Manager for Tempercraft USA. “Players realize the benefit of staying hydrated and keeping liquids cold for an extended period of time”, continues Hansen.

Tempercraft’s list of players using the product is beyond impressive. 48 players in total with 24 falling in the top 100 world rankings.

Tempercraft will continue to focus on adding tour players throughout the season. This ongoing support from tour players will further position Tempercraft as the #1 insulated drinkware on tour as well as build consumer demand for the product.