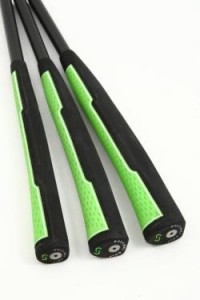 The added weight of the Secret Grip raises the club’s balance point and helps players use their larger, more stable muscles. The result is a highly repeatable and reliable stroke. To view a brief video on the product, please visit here.

Points of distinction among the three Secret Grip putter models include:

• Jumbo ($24.99) – Preferred by players seeking a grip with an extra thick feel and hefty counterweight (165 grams)

“More and more Tour players are turning to counter balancing to improve their putting stroke and now everyone can try this technology in a cost effective manor by simply installing a new grip,” says Stephen Boccieri, President and CEO of Boccieri Golf. “We’ve added new sizes and weights to ensure there’s a model that will suit absolutely any preference.”

Since its introduction in 2013, the putter version of the Secret Grip has been adopted by numerous professional players worldwide. At the highest levels of competition it has been used in victories on the Web.com Tour and top-10 finishes on the PGA Tour, among other achievements.

The only grip that improves a golfer’s performance, not just the look of their clubs, Secret Grip significantly minimizes undesirable wrist movement and creates a smooth pendulum stroke. The putter grip line is currently available alongside the full-swing version at Dick’s Sporting Goods, Golf Galaxy, PGA TOUR Superstore and www.secretgrip.com.

The Secret Grip is endorsed by the legendary Jack Nicklaus, who relied on counter balanced clubs to capture 73 PGA Tour titles and 18 major championships. He currently appears in promotional material, along with famed teacher Rick Smith, who consistently ranks among the world’s top-10 instructors.

Both the putter and full-swing lines have earned outstanding reviews from scores of leading media outlets, including “Top Products from the PGA Show” honors from Golf Digest and GOLF Magazine. 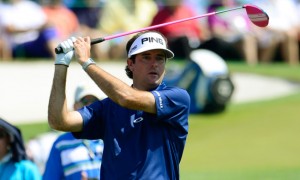 AUGUSTA, Ga. – Bubba Watson decided to keep his post-Masters victory more low key this year. Instead of going to New York for a media tour, he headed home to Orlando, Fla., and kept plans for a five-day vacation with his wife.
Bubba being Bubba, there had to be a wrinkle.

Before leaving Tuesday morning for The Greenbrier resort in West Virginia, Watson decided to pay an unannounced visit to the Golf Channel studio and wanted to keep it a surprise. 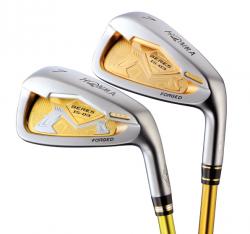 Honma Introduces The Beres IS-03 Iron

HONMA is pleased to introduce an iron that maximizes development by merging cutting-edge technology and materials.  The IS-03 is HONMA’s most technically advanced forged irons that combine high ball speed performance and HONMA craftsmanship for longer distance and better feel.  Compared to the IS-02 face, the hitting area has been increased by approximately 5%, thereby increasing forgiveness.  Furthermore, high-strength, maraged ES230 steel has been used and the flange areas have been enlarged by 10% more than the previous model.  The L cup face design provides greater face deflection for higher ball speeds and distance gain.  More weight has been added to the heel and toe to increase the MOI and enlarge the sweet spot.  In addition, by moving the thickness distribution of the sole deeper and lower, produces higher and more attainable trajectory as well as a longer distance than previous models.

The ARMRQ8-49 gram shaft is the standard production shaft for the IS-03.  The ARMRQ eight-axis carbon is a Honma first, which restores itself at a higher rate, bringing a new level of carry performance for all golfers. The head quickly returns to the perfect position at impact. This design makes it easier to hug the ball for increased carry distance.  Design feature of the shaft is comprised of combining eight carbon fibers, in diagonal directions at 30°, 45°, 60°, 120° and 150° in addition to vertical direction at 0° and horizontal direction at 90°, the eight-axis carbon shaft extends from the center of the shaft to the butt, controlling crushing, rigidity and minimizes energy-wasting deformation that can occur during the golf swing. The shaft regains its original shape with greater accuracy and brings the combination angles closer to a circle and enables the shaft to handle the force from all directions. The ARMRQ8 represents a further evolution of the structure, augmented with additional fibers at 45 degrees.  While flex strength remains the same, up by just 0.9%, but torsional strength has been improved by 7.6% compared to the previous ARMRQ6 shaft.