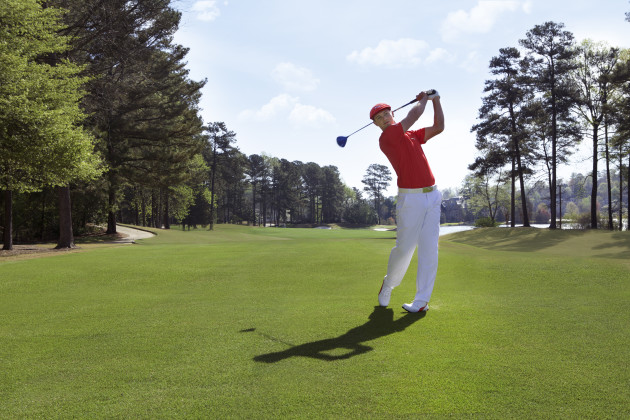 CARLSBAD, Calif. (April 12, 2016) – COBRA PUMA GOLF, a leader in golf equipment, apparel, accessories and footwear, has announced a long-term partnership with Bryson DeChambeau the 22-year-old phenom who last year became only the fifth golfer ever to win the NCAA Men’s Individual Championship and the U.S. Amateur in the same calendar year.

DeChambeau, who is playing his first pro tournament this week at the RBC Heritage in Hilton Head Island, S.C., will be wearing PUMA Golf apparel, accessories and footwear during all his on-course play, incorporating his signature Hogan Driver Cap and Red, White & Blue ensemble on Sundays, a nod to his alma mater – Southern Methodist University. Additionally, he will fill his COBRA staff bag with COBRA Golf equipment during tournament play.

“Bryson has this unique combination of talent, ingenuity and personality that makes him such a dynamic golfer and a great fit for the COBRA PUMA GOLF brands. He shares in our mission of Game Enjoyment and our desire to grow the game and make it more fun and inclusive for golfers of all levels,” said Robert Philion, President & CEO of COBRA PUMA Golf. “Right away we noticed his progressive approach to the game, which is rooted in science and art, along with his passion and dedication. We can’t be more thrilled to have him as part of our COBRA PUMA GOLF family.”

“I believe that I found the perfect partner in COBRA PUMA GOLF,” said DeChambeau. “The COBRA and PUMA brands complement my style, attitude and desire to be innovative, while allowing me to continue to be myself, and think outside the box. I’m really thrilled to be part of this cutting-edge and creative company.”

DeChambeau put a blue COBRA KING F6+ driver into play at the Arnold Palmer Invitational, where he competed on a sponsor’s exemption and shot a final-round 66 to finish T-27. The F6+ Pro is the most adjustable driver COBRA has ever created – designed for better players that prefer lower lofts. The new CarbonTrac system allows players to optimize launch, spin and ball flight through ultra-low CG settings.

While an amateur, DeChambeau has been no stranger to golf’s biggest events, competing against the best players in the world around the globe.  In November, DeChambeau tied for second at the Australian Masters after firing a closing 67.  He followed that up in January by making the cut in all three of the European Tour events he played in Abu Dhabi, Qatar and Dubai. Last week he earned the Silver Cup honor for Low Amateur at the 2016 Masters. After his professional debut this week on the venerable Harbour Town Golf Links, DeChambeau will be afforded six more sponsors’ exemptions to try and earn his PGA TOUR card for the 2017 season.

Throughout the rest of the 2016 golf season, DeChambeau will be rocking footwear and apparel from  PUMA Golf’s Autumn, Winter ’16 collection including the new family of IGNITE footwear designed for unrivaled performance and comfort. 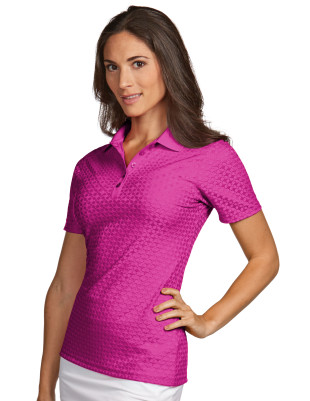 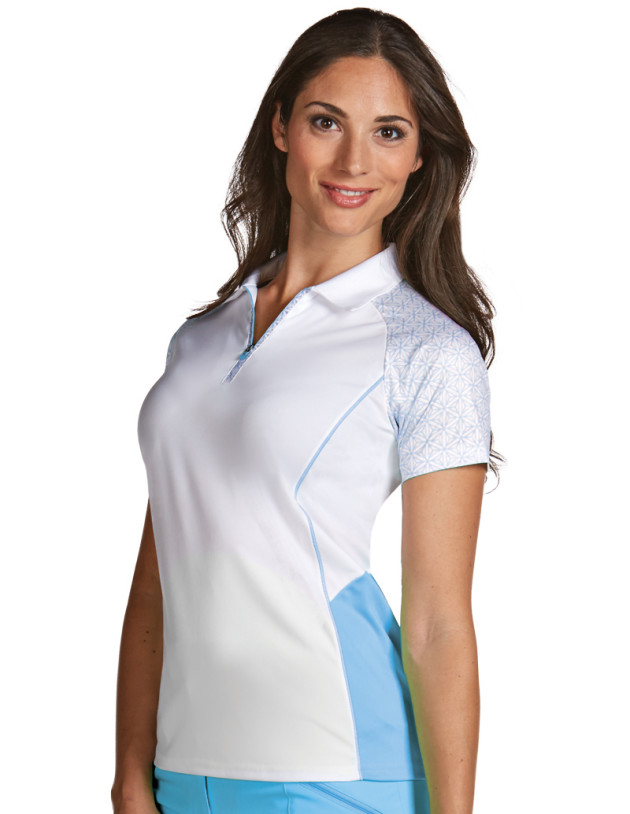 Just in time for Mother’s Day

The Spring 2016 Women’s Performance Collection is highlighted by fantastic fabrications that combine polyester and spandex, unique prints, color palettes that include beautiful jewel tones, and the continuation of successful silhouettes. This full collection emphasizes light to mid-weight overtops, plus a strong use of heathers through the assortment of polos and sheerless polos. All fabrics and silhouettes have been LPGA Tour-tested.

OVERVIEW
“During the development of the Spring 2016 collection, I felt a desire to be more conservative with styling and therefore spent my time focusing on fabrication,” says Danielle Dellios, head of women’s design at Antigua. “The activewear marketplace has reached its threshold and consumers are inundated with product offerings. Every brand has its version of ‘ath-leisure’ clothing, so it was up to our design team to create something unique. I found myself wanting to refine the overall look of the collection by eliminating any trend-specific details and keep styling at a minimum. By doing so, the collection evolved into something more sophisticated and classic.”

PATTERNS
Geometric patterns have been strong in the marketplace for a full year now, so stylesRadical, Ascent, Modern and Champ emerged — each featuring a version of abstract triangle prints. Radical and Champ are both white body styles with a pop of color, whereas Modern and Ascent are color body styles with tonal variations of the print. The sporty aspect of these styles lends itself to the more active customer who wants to look athletic on the course.

COLORS
The color palette for Spring 2016 focuses on highly saturated jewel tones. “We felt the neon colors were slowly fading away and the more basic, primary colors were coming into play,” says Dellios. “Color direction in the sportswear market has been stagnant, so we took our cues from high fashion and made our our version of a primary palette. For the first time in years, we decided not to run pint, but instead picked a bright clean red called Fire.” Other colors include a true kelly green called Verdant, a vibrant royal blue named Hypnotic, a sunshine yellow aptly named Sunburst, and lastly a step away from the traditional purple with a more berry color called Mardi Gras. These primary jewel tones are paired with black and white throughout the collection.

Johnson plays the Volvik S3 golf ball and has already played Volvik in three LPGA Tour events this year, leading her to two Top 40 finishes and a total score of 11 under par in 10 rounds played.

“I love this golf ball,” said Johnson. “It’s very responsive, both off the tee and around the greens. It wants to stay straight off the tee due to the low driver spin, which has helped me improve my driving accuracy. I feel like I have everything I need to compete at the highest level every week.”

Johnson turned professional in 2010 and has since earned $1,211,441 in competition. She won her first and only LPGA Tour event at the 2013 Mobile Bay LPGA Classic. She has earned 10 career LPGA Tour Top 10 finishes.

Johnson played one year of college golf at Arizona State University, earning the status of All-American as a freshman. She played on several winning U.S. amateur teams: the Junior Ryder Cup in 2008, the Junior Solheim Cup in 2009 and the Curtis Cup in 2010.

“We are very excited to have Jennifer Johnson representing Volvik on the LPGA Tour,” said Don Shin, President of Volvik USA. “Jennifer did extensive testing with our golf ball and truly believes in the performance of Volvik. We think she will have great results as a member of Team Volvik and look forward to seeing her in action with her Volvik hat and staff bag!”

Johnson joins a team of 10 other players already playing Volvik golf balls on the 2016 LPGA Tour, making Volvik one of the most played golf ball brands on the tour.