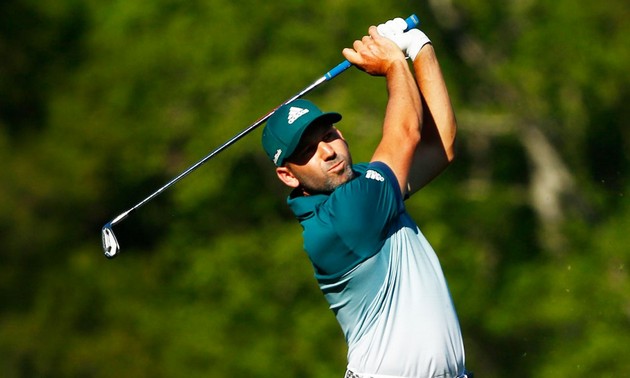 CARLSBAD, Calif. (April 10, 2017) – On what would have been the 60th birthday of his idol and fellow countryman, the 37-year-old Spaniard used Nippon Shaft’s N.S.PRO MODUS3 Tour 130 X flex steel shafts in his irons and wedges Sunday to win The Masters, his first major championship, in Augusta, Georgia.

“Nippon Shaft would like to congratulate the 2017 winner of The Masters,” said Hiro Fukuda, sales and marketing for Nippon Shaft.  “Nippon Shaft is extremely happy that a player of such great talent and promise has broken through to win his first major championship. And we are honored that he has trusted the quality and precision of Nippon Shaft products to compete at the game’s highest level of competition.”

The company also congratulates the native Englishman who finished tied for sixth place at 4-under part using Nippon Shaft N.S.PRO MODUS³ Tour 120 TX flex steel shafts in his irons.  He fired rounds of 72-75-69-68—284 for the week.

The popularity of Nippon Shaft on the world’s major men’s tours continued to grow in the 2015-2016 season, with 137 players on the PGA TOUR and European Tour utilizing steel shafts created by the Japan-based golf shaft manufacturer. Players utilizing Nippon Shaft products won 12 times, using four variations of the N.S.PRO MODUS3 Tour steel shafts in their irons and one player using the Wedge 115 shaft.

Meanwhile, Nippon Shaft continues to be the preferred shaft on the LPGA Tour, with several players having recorded victories on the world’s predominant women’s pro circuit. 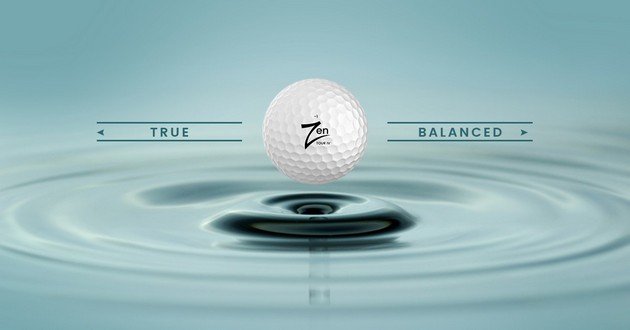 Using fluid dynamics, Zen golf balls are balanced and aligned to their exact center of gravity, ensuring a perfect balance when aligned to the target.

This technology aligns the weight distribution of the ball, creating a perfect balance and helping the Zen ball to hold its putting line no matter where it’s struck. Most golf balls contain anomalies and imperfections that make the ball spin towards the heavier side. With Zen Golf, we’re confident you’ll find your balance and unleash your inner pro.

“The golf ball category has become more segmented and customized in the last few years,” said Mark Hodson, VP of Business Development. “When we discovered the unique performance enhancements that the Zen ball’s balance and alignment deliver, we knew this ball should be on the market. Golfers will gain an edge immediately and feel the difference”.

For a limited time, visit zengolfball.com to get 40% off the MSRP. This launch special is available while supplies last. All purchases are backed by the company’s 100% money back guarantee.

ORLANDO, Fla., April 10, 2017 – Arnie’s Army was established in 1959 during The Masters at Augusta National Golf Club, when an “army” of US soldiers followed the defending Champion, Arnold Palmer, around the course. Today, 58 years later, Arnie’s Army Charitable Foundation (AACF) has announced the creation of a Legacy Program to support late golf legend Arnold Palmer’s lifetime mission of philanthropy, as the centerpiece of a nationwide re-branding campaign for the organization. The first three founding Legacy Partners in the new AACF program include longtime Arnold Palmer allies Hertz, MasterCard and Golf Channel/NBC Sports.

Arnie’s Army Charitable Foundation was established in 2015 to help fulfill Mr. Palmer’s lifelong passion of investing in the well-being and development of children and youth, supporting health and wellness initiatives and strengthening both communities and the environment. Today, the AACF has been entrusted to carry on the legacy of Mr. Palmer in marching toward a better tomorrow. While the iconic Arnold Palmer umbrella logo will still have a place within the organization, the refreshed logo, which features a reflective silhouette, captures Mr. Palmer as a golfer, and as the giving humanitarian he was for more than six decades.

“Arnie’s Army Charitable Foundation is celebrating a Life Well Played by driving forward on Mr. Palmer’s unmatched commitment to philanthropy, and a lifetime dedicated to making lives better around the world,” said Kevin Bingham, CEO, Arnie’s Army Charitable Foundation. “We are excited to debut a fresh new Foundation logo as part of our nationwide re-branding campaign for Arnie’s Army, as well as unveil our Legacy Program that will help shape the future of the organization.”

In 2017, and beyond, programs and events that encompass the AACF will be supported through the newly created Legacy Program, which is a collaboration of key business partners whose values closely align with Mr. Palmer. The first 3 legacy partners truly reflect the ideals and vision of Mr. Palmer, highlighted by a longstanding partnership with MasterCard, a 35+year partnership with Hertz and Golf Channel/NBC sports, which Mr. Palmer helped establish in 1995.

Bingham adds, “By leveraging new marketing assets, financial resources and creative programming, in collaboration with the power of our partners’ brands, the AACF will be positioned to expand our reach nationally and continue to exceed our charitable goals well into the future. Backed by our three founding partners, we are seeking to align with additional companies and brands that support the philanthropy initiatives that are synonymous with Arnold Palmer’s lifetime of giving back.”

For decades, Arnold and Winnie Palmer dedicated unwavering time and resources through their philanthropic endeavors, especially in Orlando, Florida through the Arnold Palmer Hospital For Children and the Winnie Palmer Hospital for Women & Babies, as well as in Arnold’s hometown of Latrobe, Pennsylvania through the Winnie Palmer Nature Reserve. In creating the AACF, Mr. Palmer’s mission is never ending, and today the Foundation remains laser focused on sustaining the great work that has been established, while expanding the footprint to new communities across the nation.

For companies seeking to join the legacy program, please contact C. Kevin Smith at 407.876.3944. For more information on the Arnie’s Army Charitable Foundation, or to make a donation, visit arniesarmy.org.