HUNTINGTON BEACH, CA – March 31, 2014 – Cleveland® Golf congratulates staffer Steven Bowditch for his first PGA TOUR victory at the 2014 Valero Texas Open, played at TPC San Antonio.  The 30-year-old Australian overcame windy conditions on Sunday to finish with a one-stroke victory at 8-under 280, becoming the third Australian to win on the PGA TOUR in the last six weeks.

Bowditch, who is more commonly known as “Bowdo” around the TOUR, finished Round 4 with a score of 76, securing his first win in 110 career starts on the PGA TOUR.  The victory not only earned him $1,116,000, the largest payday of his professional career, but it also secured him a spot in this year’s Masters Tournament.

I’m over the moon. I really can’t believe it,” said Bowditch.  “I guessed it just happened to be my week. I haven’t thought about Augusta; the only time I played it has been on the Play Station.  So I think I know a few of the breaks. I’m excited.”

Bowditch, who was ranked 339th in the world headed into this week’s event, has only had two previous top-10 finishes on the PGA TOUR over the course of his 13-year career.  Bowditch, who has earned victories on the Australasian circuit and the Web.com Tour, had his best finish on the PGA TOUR at last year’s The Greenbrier Classic, where he finished tied for second, earning a total of $415,800. 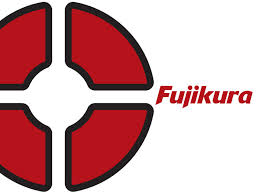 This weekend, Fujikura also released the first of its Limited Edition Major Series Motore Speeder 757 shafts to select Charter Dealers.  Only 200 of these shafts were made and are only available in S and X flex.  More information and pictures of the shafts, visit http://www.fujikuragolf.com/releases/speed-to-the-majors/lemsshafts/. 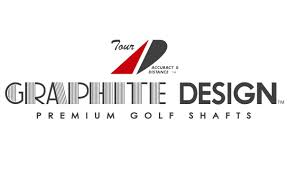 “We congratulate the winner on her fourth LPGA victory and her second win this year with the Tour AD MT in her bag.  The new Tour AD MT model is a true performer that more and more tour players are now starting to rely on”, commented Wayne Ageno, President, Pro’s Choice Golf Shafts, Inc..

New for 2014, the Tour AD MT design is based on the very popular Tour AD DI model and utilizes the same Toray Company’s Nanomaterial or “DI Technology” in the tip section of the shaft.  The Tour AD MT features a stiffer mid-section and slightly softer tip than the Tour AD DI.

Revolutionary technology, design, and the most advanced materials are trademarks in all Graphite Design shafts, making them the highest quality premium golf shafts on the market today.  Validating the company’s “Tour AD” logo, all of Graphite Design’s PGA Tour-proven shafts specifically promote “Accuracy and Distance”.  These key competitive advantages are helping professional and amateur golfers optimize their games after switching to Graphite Design shafts.  Graphite Design continues to be the most dominant shaft on the JGTO Tour and has been for the past eleven years. 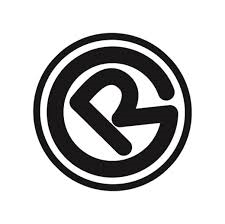 Sanford, FL – RIFE continued its success on the PGA TOUR this past weekend with a victory at The Valero Texas Open, held at The TPC San Antonio in San Antonio, Texas.

The Australian born winner was on top of the leaderboard all week and despite some difficult conditions on Sunday managed to hold off a tough field of competitors to capture his first ever PGA TOUR victory.

This victory earned him a paycheck for $1,116,000.00 and catapulted him up 129 spots to #26 on the Official FedEx Cup Points List.  He also earned a spot in the upcoming Masters Tournament set to be held in two weeks in Augusta, Georgia.

“Steven’s had that Antigua putter he won with for about three years now,” said RIFE’s PGA Tour Rep, Kyle Ulrikson, “and I’ve put together about a dozen other putters for him since then, but he keeps going back to old faithful! I’m just happy for him that it finally paid off this week.”

RIFE’s Antigua putter was so popular when it was first introduced that they decided to bring it back for 2014. The Iconic Two is a face balanced blade putter with a slant hosel, just like the Antigua, that is currently available in retailers across the nation.

RIFE captured another Top 10 Finish at the Valero Texas Open, as the T-6th Place Finisher used a Titan putter to shoot 283, just 3 strokes off the lead, and collect a paycheck for $200,725.00.

“The Tour Players play our putter because it helps them earn a bigger paycheck on Sunday,” said Kyle Ulrikson, PGA Tour Rep for RIFE, “and we’re very proud of that. Our RollGroove Technology grips and lifts the ball into an instant forward roll and gets it on line and headed towards the cup quicker than any other putter in the industry. If it’s good enough for the best golfers in the world, you can bet its going to help you sink more putts as well.”