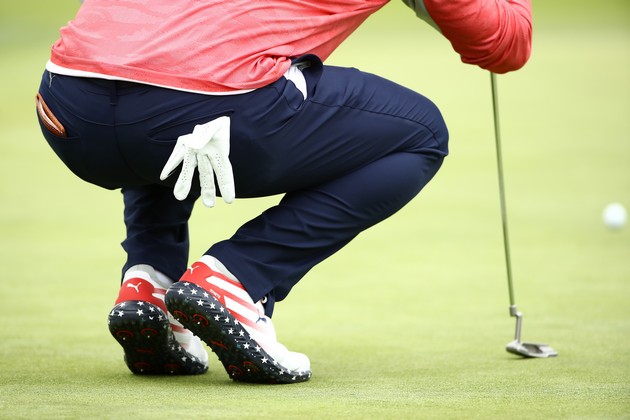 GARY WOODLAND IS A MAJOR CHAMPION – CAPTURING HIS FIRST MAJOR TITLE AT THE 2019 U.S. OPEN

CARLSBAD, Calif.  – Gary Woodland is a Major Champion, treating spectators to an exciting finish on Sunday at Pebble Beach, holding off a roster of impressive players to capture his first Major Championship win, his fourth career victory.

In January, PUMA announced a multi-year partnership with the celebrated PGA Tour professional that has him wearing pieces from the brand’s Volition America Collection, a patriotic ensemble of products, to honor those who have made the ultimate sacrifice for our country. Volition America supports the families of our military heroes through the Folds of Honor Foundation.

PUMA’s talented footwear team created a custom pair of his shoes in a red, white and blue colorway, featuring the Stars & Stripes of the United States flag, that Woodland wore as he captured his first major championship win.

The Volition America Golf Collection, which first launched in 2017, marries the best of PUMA Golf’s cutting-edge apparel and footwear technologies and styles with Volition America’s focus on patriotism and all things, red, white and blue. The collection supports Folds of Honor, helping to fund educational scholarships for families of fallen and critically-injured military men and women.