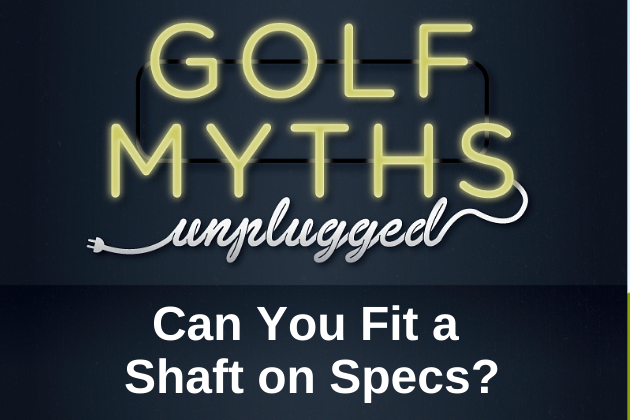 Do Specs Tell the Whole Story?

If I had a nickel for every time someone asked me, “Are shaft X and Y the same?  They have the same specs.” I wouldn’t be writing this, I’d be permanently lounging under a palm tree.

The allure of shaft specs is obvious: they take the mystery that is the golf shaft and make it quantifiable.  But can they be trusted?  Can we pick shafts based on the numbers?  We did the testing so we could bring you the answers.

Myth #1 – Driver shafts with similar specs will feel the same

Myth #4 – Iron shafts with similar specs will feel the same

For this test, we brought together a group of five testers with handicaps ranging from 0 to 12.  Each player tested four wood shafts and three iron shafts.  Within each group, the shafts had nearly identical specifications.  Each player used the same driver and iron head with each shaft, hitting five shots with each combination.  The shaft order was varied for each player.  Every shot was recorded on Trackman. 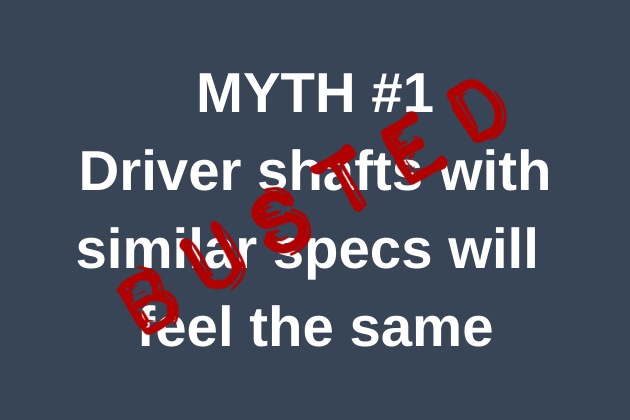 This was busted before I even asked the question.  During the testing, each of our participants declared that at least one shaft “felt bad” (some used slightly more colorful descriptions).  Keep in mind that each of these driver shafts was within a few grams of the others and was the same flex.  They also had nearly identical torque ratings and bend profiles.  Despite these apparent similarities, our testers loved certain shafts and hated others. 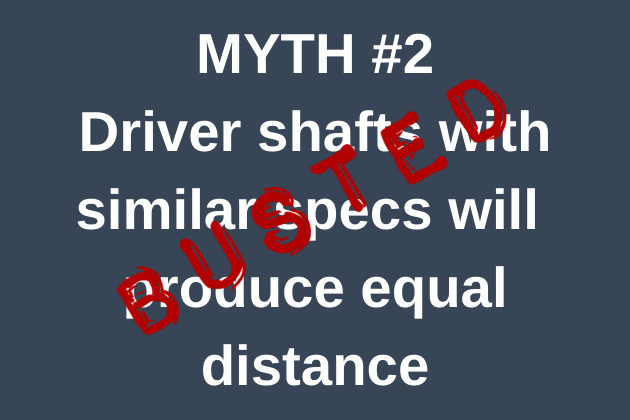 This test produced some of the most shocking data we’ve ever collected.  As I was watching the testing, I actually thought to myself, “The readers are going to think I made this up.”  Rest assured, I did not; the swings in distance were actually this big.

Let me first reiterate that all four driver shafts were approximately the same weight, the same flex, and had nearly identical specs, per their manufacturers.  Despite that, on average, our testers had a 25 yard gap (carry distance) between their longest and shortest shaft.  And for those of you that are good at math, yes, that means that some testers had gaps larger than 25 yards between shafts that are the same on paper.

I want to offer a scenario to really drive this home.  Let’s say you go to a demo day and hit Shaft A.  You crush it, but Shaft A costs more than you want to spend.  You go home and jump on the internet.  You learn that Shaft B has the same specs as Shaft A, and it’s half the cost, so you order it.  Based on what we saw in our testing, you could very well be 25 yards shorter with Shaft B! 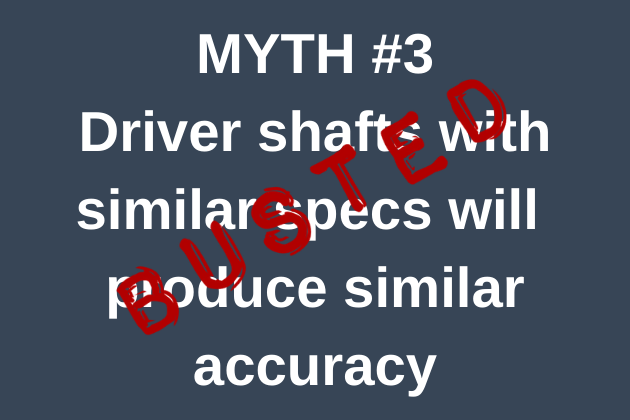 As shocking as the distance stats were, the accuracy numbers were even more jarring, both in real time and in post-test analysis.  Though these shafts should be nearly identical, every tester found at least one that they hit very well and one that they could not keep on the planet.

When looking at distance from the centerline, our test group average revealed a 30 yard gap between the most and least accurate shaft.  When we look at dispersion (the gap between the furthest left and right shots), the results were even more dramatic.  With their most accurate shaft, our testers were generally able to keep their shots to one side of the course in a fairly tight pattern.  With their least accurate shaft, our testers – who are all above average players – were hitting wildly curving shots in both directions. 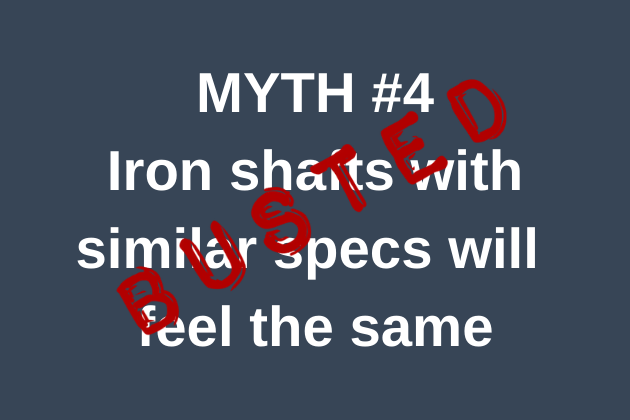 The results here were not as dramatic as with the driver shafts, but this myth is still undeniably busted.  No one in the iron test shouted profanity about the feel of any shaft, but when I asked if the shafts were interchangeable, I was laughed at.  Even with the same weight, same flex, and same profile, these shafts did not feel the same to our testers. 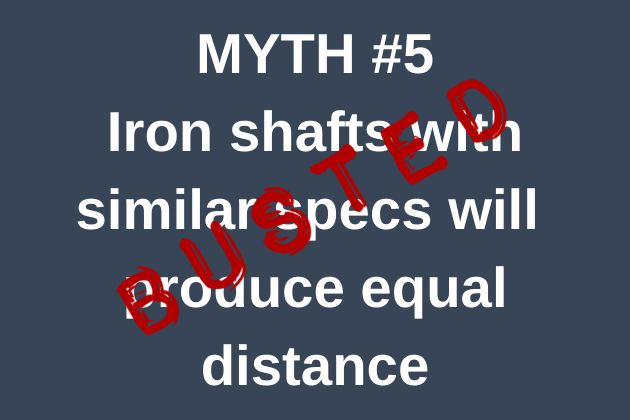 As with feel, the results here were not as stark as with the driver, but they were no less conclusive.  On average, our test group saw a difference of 5.4 yards of carry distance and 7.5 yards of total distance between their shortest and longest iron shaft.  The median player saw about a half club difference (4.5 yards of carry).

It’s also worth mentioning that our testers saw measurable differences in apex, landing angle, and roll out between the three shafts.  In the most dramatic case, a player gained 24 feet of peak height and produced a 4.5 degree steeper landing angle. 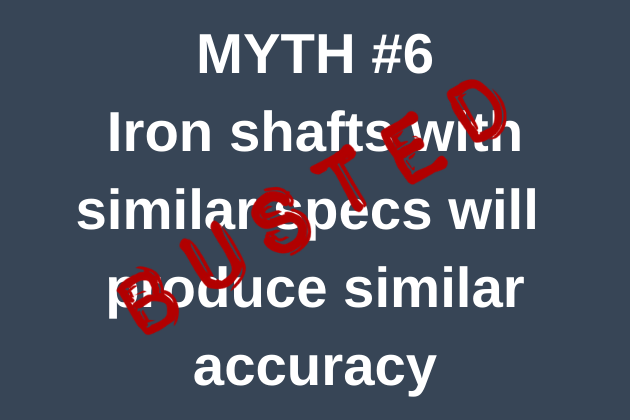 They say that a picture is worth a thousand words, so in the interest of brevity, check out these dispersions.  The first word that they say is, “Busted.” 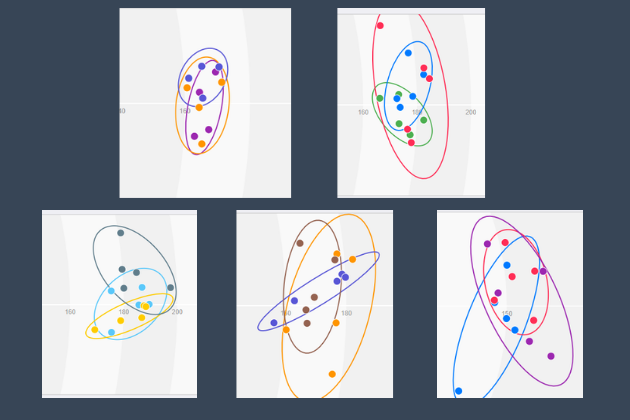 For those of you that like the numbers, let’s dive in.  Comparing each player’s most and least accurate iron shaft, we saw that testers improved their average offline by 5.2 yards.  If we look at left-to-right dispersion, the improvement was an even more dramatic 18 yards.  Despite having nearly identical specifications, these shafts produced wildly different shot patterns. 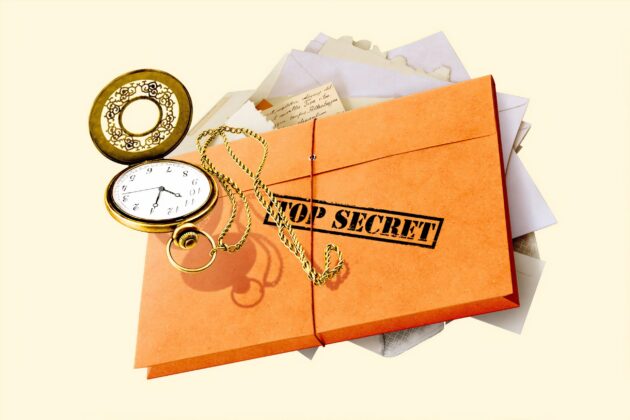 There’s one simple reason why all of these myths are busted and you can’t fit based on specs: there are no industry standards!  Whether we’re talking about flex or torque, there’s no agreed upon way to measure these things.  One company’s stiff flex is another’s regular is another’s X-flex.  Even something as seemingly concrete as torque or CPM can be measured differently by different companies.

The results of this test bring us back to a familiar place: the importance of being fit.  Specs are simply not a substitute for trying a shaft for yourself.  As we saw, two shafts can be nearly identical on paper yet produce wildly different results in both distance and accuracy.