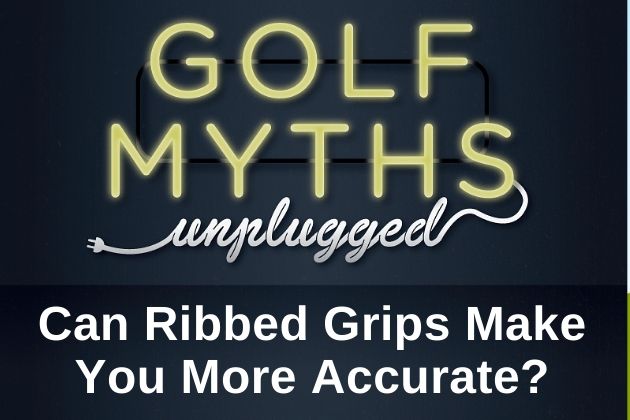 An unexpected trend in grips over the last few years has been the reemergence of ribbed grips.  From standard ribs to more aggressive reminders like Golf Pride’s ALIGN and Lamkin’s Calibrate, grip makers are pushing ribs as a way for golfers to get more consistent.  But do they work?  We decided to put them to the test.

For this test, we gathered a group of 11 golfers.  These golfer’s handicaps ranged from +2 to 8.  Each golfer hit 14 shots with a 6-iron: 7 with a ribbed grip, 7 with a non-ribbed grip.  The shaft and club head were the same for each player.  Some players hit their shots with ribbed grips first, others tested the non-ribbed grip first.

All shots were recorded on Trackman.  All testing was done at and with the help of Club Champion. 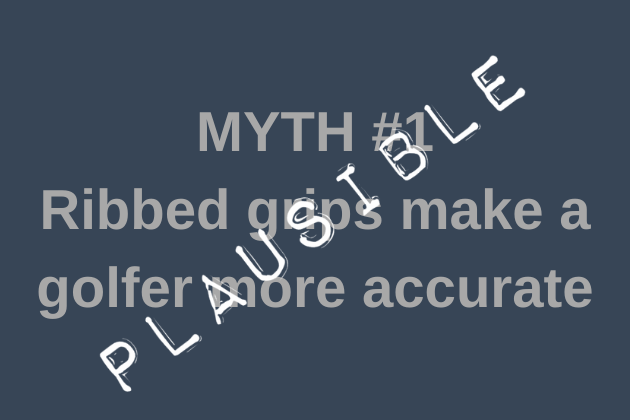 The results of this test leave a lot of room for interpretation.  Let’s start with the numbers.  When looking at the average offline distance, seven of our testers were more accurate with a ribbed grip.  However, the group as a whole was more accurate with a round grip (10.3 yards offline vs. 11.7).

When we look at the gap between their rightmost and leftmost shots, round grips were better for seven players.  Round grips were also better on average, creating a left-to-right gap that was 0.5 yards smaller.

Some context needs to be added here.  Of our eleven testers, only two play a ribbed grip regularly.  Four testers expressed a distaste for ribbed grips either before or during the test.  Those four players all produced dramatically better numbers with the round grip, which is part of why both group averages favored round grips.

In spite of some large “losses,” the ribbed grip was competitive overall and superior for many individual golfers.  While the data is certainly not conclusive, it seems reasonable to think that there could be an accuracy advantage to ribbed grips – if one has an open mind. 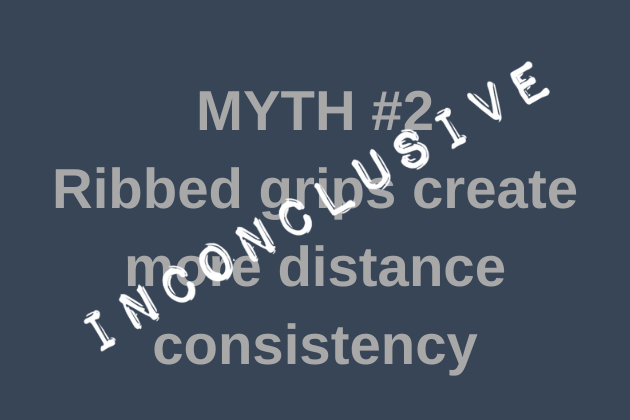 At first glance, this myth appears to be busted.  A deeper look and a little context pushes it into the “Inconclusive” category.

To judge distance consistency, we looked at the gap between each player’s shortest and longest shots.  Four of our testers posted distance deviations with ribbed and non-ribbed grips that were less than one yard different.  Looking at the group as a whole, ribbed grips produced larger deviations – by half of a yard.  However, six of the eleven testers had better (if only slightly better) deviations with a ribbed grip.

Again, the context is relevant.  Our testers were primarily round grip users and over a third were openly anti-rib.  The reason that we deemed this to be Inconclusive rather than Plausible is that the data points toward the rib making a limited difference regardless of preference.

If you are looking for a grip change to turn you into Collin Morikawa, you’re going to be disappointed.  However, there is reason to believe that – unless the rib makes you very uncomfortable – a ribbed grip has the potential to make you more accurate.  For golfers heading into the offseason, throwing a ribbed grip on to an iron for winter practice can be a worthy low cost, low impact experiment.